Petit new standard
http://www.oipolloi.com/apc-petit-new-standard-dry-indigo
Any already tried those and can comment on the cut/ fit ?

perloid wrote: Petit new standard
http://www.oipolloi.com/apc-petit-new-standard-dry-indigo
Any already tried those and can comment on the cut/ fit ?

Some European fashion stores had this version in stock months ago, don't quite remember the french name for them. They're basically a tapered New Standard.

Thought the petit standard was more tappered version of the new standard . Size down 2 as with the ns? Any idea?

perloid wrote: Thought the petit standard was more tappered version of the new standard . Size down 2 as with the ns? Any idea?

Petit has a lower rise and smaller area area for your ass. This new version is the legs of the petit with the lower abdomen and thighs of the new standard.

fuck's sake… they need to sort out their naming asap. that said, here are fit pics:

they definitely look more tapered that the regular petit standard:

Yeah this makes no fucking sense? if their between ns and ps, how can they be more tapered than regular ps! da fuck.

the naming is confusing, but i don't think they're between the two models. they're a new cut, with the rise of the new standard and a slim, tapered leg, as someone mentioned before. regular petit standard is not that tapered anyway.

i've asked tres bien for measurements, will post them later.

"Cut slightly narrower than the classic New Standard. Narrow leg, slightly fitted at bottom to give the appearance of a straight leg" tres surely have a way with words

That confused me aswell. Might just order both and try for myself

I own a pair of N&F skinny guys in 33. They have stretch fabric so haven't changed size, and I've since decided that the thighs are too tight, the rise far too low and that I'd like a bit of taper in the calves.

Petit standard seems like the right move, can anyone with experience of the PS and skinny guy cuts comment if the PS has a higher rise?

Also I've not been able to find any, but worth asking - does anyone have fit pics of just sizing down one on the PS? I'm not really interested in not being able to do up the top button for a month or whatever.

Sorry to be the guy asking sizing questions, but reading dozens of pages on SuFu has only given me sizing anxiety due to all the conflicting info. Also has anyone got a difinitive answer regarding vanity sizing changes?

those petit new standards look like what im after… or ill just buy cures again. fit me pretty much spot on

posted a few pages back, no changes in vanity sizing for the raw denim.
imo, size down one if you consider yourself to have huge thighs(no homo), two if not.

Burial - PS have a low rise. I sized down until I was just able to do the top button. It was uncomfortable for a week or two but they stretched out to fit how i wanted them. In the end, sized down two to a 26 and they now fit like a new pair of 28, which is the fit I wanted 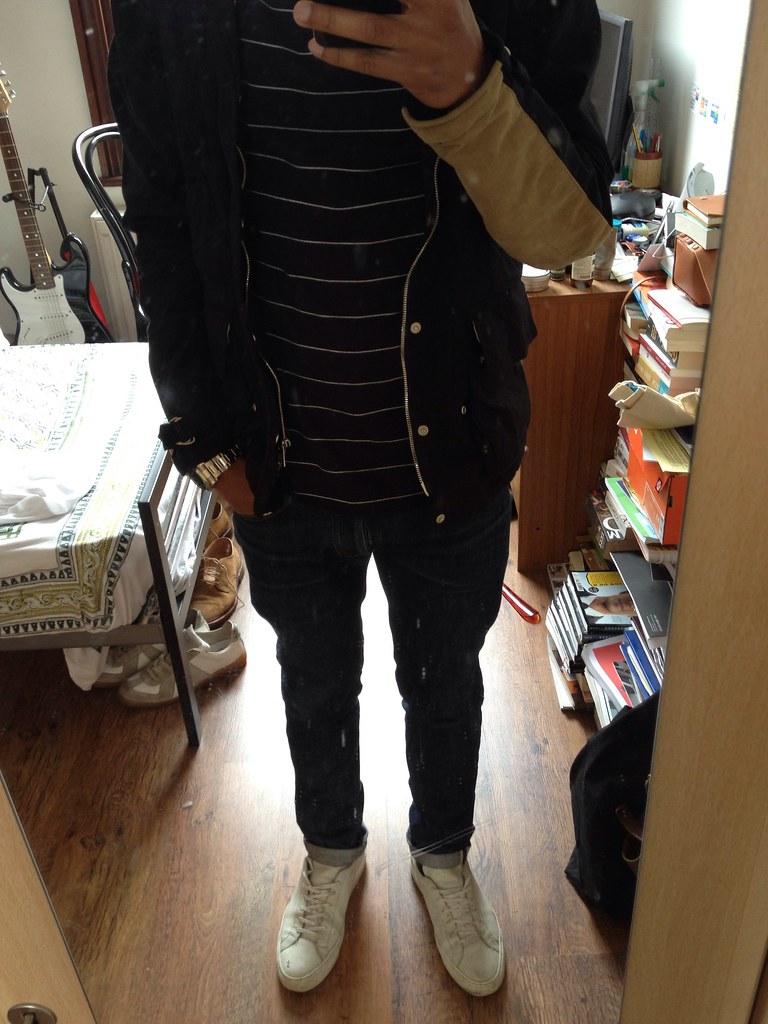 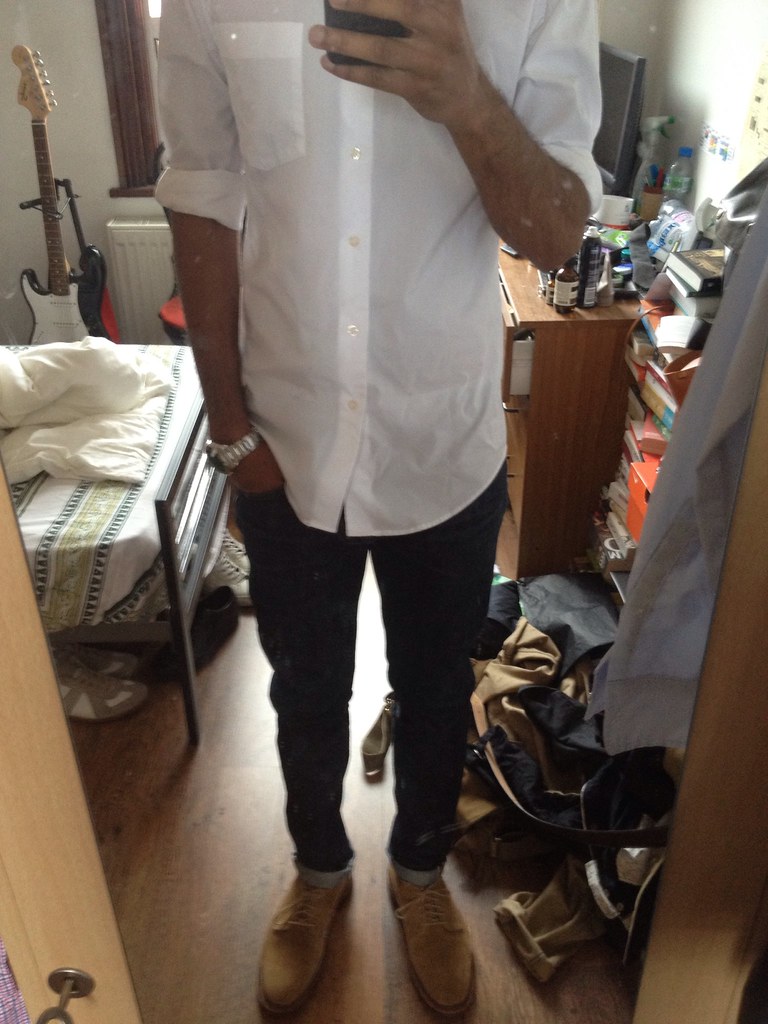 Size down more than one size if you can. It will take less than a week to stretch out and even then it will stretch out more than you want. I'd say try both one size and two sizes down and go on the overall fit rather than waist. APC stretchage is ridiculous.

Wicked guys thanks very much, think I might give the petit new standards from oi polloi a try, higher rise and more forgiving thighs looks good.
At least I think that's right - I'm assuming Oi Polloi got the thigh and knee measurements the wrong way round because otherwise the PNS have giant saggy knees and matchstick thighs.