Alan aka Ketters aka Liam aka Liam Ketley who works for FulhamFC.

He does look a bit Jack here 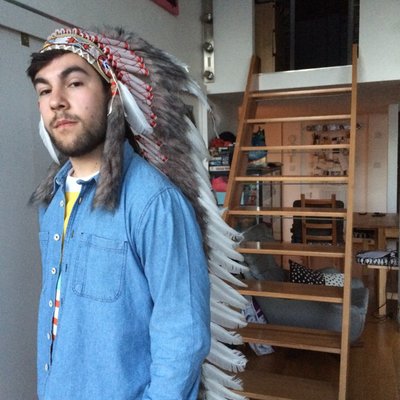 He's on the electoral roll but it seems to be his old uni address in the north-east. Some of the other occupants are on his Facebook friends list.
deuce

Alan/Ketters was the one listing with the "hilarious" descriptions referenced in this thread http://www.fuk.co.uk/threads/pics_other_fashion_forums_whether_they_are_great_terrible_or_awful/285/ .

The listings Garth has put up are written in exactly the same style.
EVERS

This is all well and good but has anyone tainted his metro comments or threatened violence/12" pepperoni / told his mum?
pops

EVERS wrote: This is all well and good but has anyone tainted his metro comments or threatened violence/12" pepperoni / told his mum?
Give him a chance to make good first ? Had he been in contact with ARC yet ?
Heath

Well my involvement was for nothing, the shirt was here when I got home, so fair enough.

It's things like this that make me remember how good fuk over the years. I.e the superfuture photoshop thread merkage. Whoever posted the Mr Burns release the hounds got a genuine lol

The shirt's too fucking small.
trailofdavid

So it seems safe to say he has ran off again and has no interest in putting this right. The extent of my revenge so far has been reporting his eBay auctions for keyword spamming - and they're still up. Any better suggestions?
EVERS

So is he the one who works for Fulham?
illwill

Put together your case with all the various evidence you need to prove that this Liam Ketley has scammed you.

Put it all very succinctly into an email then spam all the Fulham FC email addresses you can find.

Even if he denies it to his employers, and even if they believe him, the seed has been planted in their minds that he's an untrustworthy cunt. Might damage his career a bit.
generic_guy

I would make sure you emphasise that he has been very vocal about Fulham on here and everyone would associate him with them, just in case they think it's none of their business.
You could even stress that part of the reason you trusted him was that he was so vocal about his job and you thought a thief would be more circumspect.
Sign in to post in this thread.
« Previous12 ... 331332333334335336337338339 ... 381382Next »