always found the candles do nothing, the docs don't do syringing anymore they do some bullshit irrigation with hot water that does work but is far from great. Go to a docs whilst on holiday, i've had mine syringed in thailand twice and the relief is like nothing you will ever feel in your life.

have to question yourself, when you are google imaging ear candling on a Saturday night. Some of the stuff out of folks lugs!

Had the hot water irrigation thing on holiday after snorkelling and getting all sorts of sand 'n crap in my ears. Two sessions over a 3 day period with a bird who was all sorts of fucking special. The feeling is immense throughout but when that last bit goes and you hear the little 'pop' and feel the full 'unblocked' sensation, the relief and pleasure is superb - such a good feeling.

Medical research has shown that the practice is both dangerous and ineffective[1] and does not help remove earwax or alleged toxins.
http://en.m.wikipedia.org/wiki/Ear_candling

It's a load of bollocks and definitely not good for your lugs. The wax is in there for a reason and prevents harmful stuff getting in. The ear has it's own self-cleaning "circle of life" so to speak. I have suffered with my inner ears for 20 years, due to my nasal passage leaning towards one side, creating higher build up of wax and pressure on my right side. My specialist has always told me to let the cycle take it's own course and not try and rush the wax to disappear, and my wax is no normal stuff. It stinks when I have an infection, which happens twice a year like clockwork, in March and Sept/October. It gradually works it's way to the outer ear, taking all the crap with it as it does so, and will leave the ear of its own accord. Usually at night when you are lying on your side.

Candles are complete quackery. Olive oil drops from chemist if you have blocked ears, takes a few days to work.

Candles are a lie. Olive oil for two weeks and to the doctors for irrigation. Better than a go on your favourite slam hound. 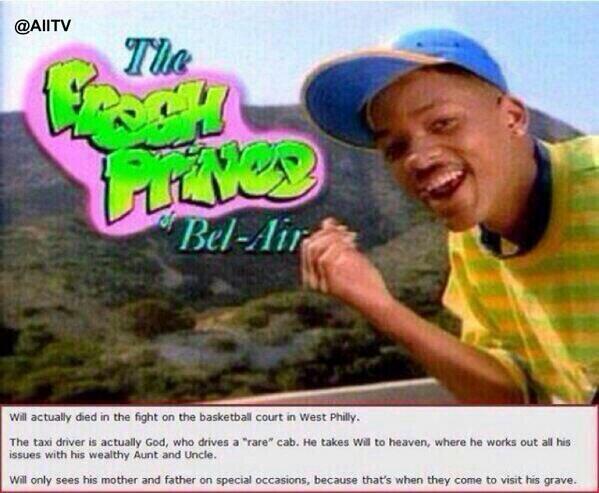 selkiefolk wrote: Peaches was moidered by VIP paedo ring/illuminati/crab people/etc. http://thecolemanexperience.wordpress.com/2014/05/01/did-peaches-geldof-really-die-of-a-heroin-overdose/
insteresting read, i find most of this to be true

that fresh prince one

Malik wrote: that fresh prince one

We now have a system where all the main political parties are simply for-profit businesses, who compete every few years to win a 5 year franchise to administer UK Plc on behalf of the corporate interests who actually own it. Any ideological statements from these parties are just so much marketing hype, since their policies are already pre-determined by their paymasters. The corporate owners even make sure the parties who are unsuccessful this time around in their franchise-bid, have secure jobs for the five years until the contract is next put out to tender. In commercial terms, its a remarkably benign arrangement…..and why not, since those in secure jobs in Westminster are actually paid for by extorting monies (with menaces) from the country's population? Its an amazing set-up, actually: paid for by the struggling majority, yet working exclusively for the interests of a tiny minority of extremely wealthy people, and running diametrically counter to the interests of those very people who pay for it all ….and its all buoyed up by intensive marketing, PR, spin, deception and distraction and the occasional stunt. Its the ultimate smoke and mirrors act, an alchemical transformation of credulity and ignorance into a veritable river of gold. I could almost admire it…….were I not so bitterly opposed to its inherent evils.

much poison
so wow