robii wrote: Went to a pub in the next vilage to watch the football on Sunday afternoon and woke up outside my house at 2am Sunday night/Monday morning with my trousers round my ankles. Dunno if that was my doing or somebody had seen me out for the count and kegged me (I was asleep standing up). Keys were in my pocket. Don't remember a thing after the cup final
This was Robii‘s last post righr. Years of service, constant Constant messages and even promoted to a mod and that was his lasting impression
Fläsket

which jacket was it?

phelen wrote: Didn't he wear Acronym for the Shaw and Hobbs movie?
yeah 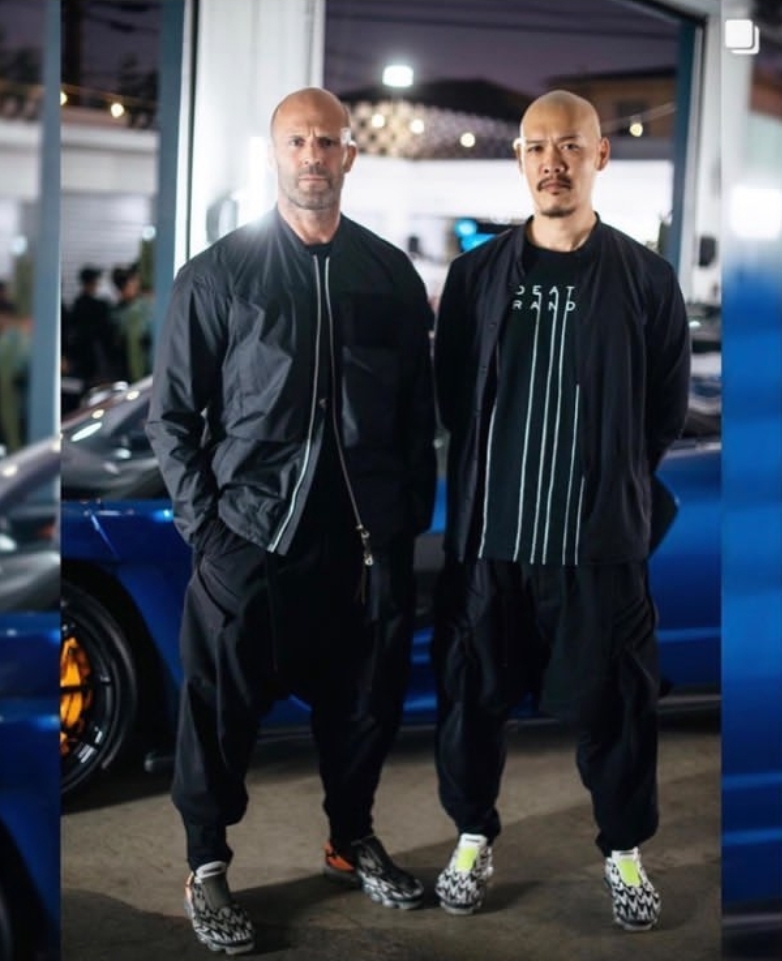 zoom I’m flattered but that was my mums house
JustinCredible

Sold a car privately yesterday, fella turns up with his mate who's a mechanic, take them out for a quick spin and all is good.

Get back to mine and pop the bonnet with engine running, lads are listening for anything untoward etc. The (non mechanic) chap who is buying it puts his hand on the engine cover, then, inexplicably, puts his hand down the side of the engine.

No idea what he was doing but his finger gets caught in something and absolutely mangled it - fingernails gone, blood and gore everywhere and his finger is about half an inch shorter and whats left of it is completely mashed.

He's understandly a bit shaken up and upset - sorted him out with a bandage, a few medical cleaning wipes but that's all I've got in the old medical box at home and it's pissing blood everywhere. Sat him down and gave him a drink of water - he looks like he's going into shock so his mate is doing the V5 paperwork on his behalf.

Agreement was bank transfer but he whips out the fattest wad of 50s you've ever seen in your life and starts counting them out. My heads all over the place by this point and I'm trying to work out if I'm getting scammed or this lad is going to keel over on my fucking driveway. Surreal.
NigelBenn

Must be fudge
illwill

ismvil wrote: Must be fudge

did he drive home in it?
JustinCredible

No they turned up with a flatbed so his mechanic mate drove them both home. Told him to go to hospital but he was like nah it will be ok….

ismvil wrote: Must be fudge
morgan

Nobody is that fucking stupid to stick their fingers in the engine for no reason. If his mate was a real mechanic he’d have warned him too.

You can get really good 50s on the dark web now.
I insist on bank transfer as a laymen can’t tell the difference these days.
Good luck, I hope they’re legit.
smith

ismvil wrote: Must be fudge

Probably got caught in the auxiliary drive belt.

mental! reminds me of the time I got knocked off my bike at a roundabout by some nugget who never stopped. totally wrecked my bike, asked how much it would be to replace, obviously very nervous. I rounded up to the nearest 400 and said £400 thinking we'd be going on a stroll to the cash machine. Guy just whips out what must have been about a grand out his back pocket because he gave me less than half of it. I went back and told my flatmate who asked what the guy was driving. I said a white BMW, flatmate said it was his dealer! all in all everybody's a winner because I got a free bike upgrade out of it and he avoided the police fishing about his car.
Birdman

smith wrote: Imagine having a mate lose a finger for you in order to distract a seller from checking the 50s properly

The initial story had me in stitches, but this had me in tears. Missus had to ask if I was ok as I was laughing so hard.
zoom

Birdman wrote:
smith wrote: Imagine having a mate lose a finger for you in order to distract a seller from checking the 50s properly

The initial story had me in stitches, but this had me in tears. Missus had to ask if I was ok as I was laughing so hard.