+1 Was going to suggest that as well

The Genesis is a bit of a classic and very highly regarded but I'd go for the Kona Jake out of that lot. Better groupset and it's very pretty.

agreed on the kona. sounds like youre after a more CX sort of bike. cannondale caadx??

does the kona have rack mounts?

Well I was looking at hybrids as I'd prefer a more upright position, I really like the adventure / cx bikes in particular this bmc http://www.evanscycles.com/products/bmc/granfondo-gf02-disc-105-tiagra-2015-adventure-road-bike-ec072430
(I've got a bit of a hard on for bmc atm

)
But I have dodgy lower back and I'm fat, my intention was to get the hybrid get into some kind of shape then go for the drop bar cx bike next year.
I don't want to buy something feel uncomfortable on it and end up leaving it in the garage to rust (like I did with my Fuji track a few years back)

A hilly 8.5 mile ride isn't a distance to be sniffed at. You will be making things much harder for yourself on a upright bike.

I suggest trying to wangle an extended demo of a cx bike with drops. You will be doing yourself a favour in the long run.

Really my work mate does the same route with another 6 mile on top and he reckons I'd piss it. I kinda doubt that though

a croix de fer wouldnt put you that low, with a stem with a lot of rise and spacers you could get a fairly upright position. You would then be able to drop the position as you get more comfortable and not have to buy a new bike.

or fit whatever bars you want 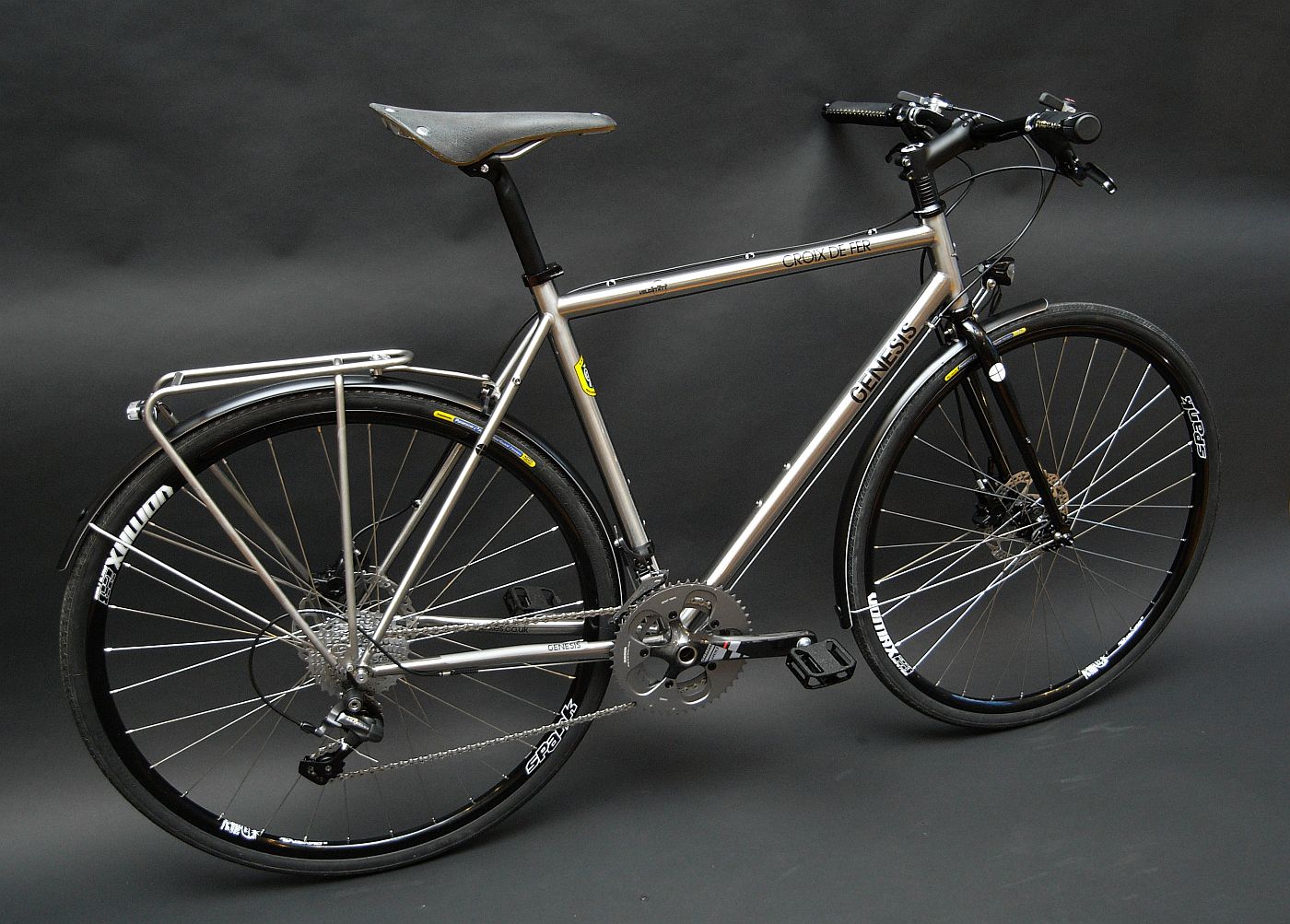 I read a review of the BMC GF02 and it said it could do anything, even light mountain biking!
That and all the CX bikes mentioned above all have road groupsets, and pretty fragile looking seat stays

Would they really be more suited off road than the Ac02 deore? which looks sturdier to me, has 37c tires which could be swapped for cx tires and a mtb groupset.

If this really is the case I better go order some more bikes, I'm pretty sure Evans are sick of me all ready

Sturdiness has little to do with it. You aren't going to snap a frame going down a towpath. The point is that the AC02 is designed for stiffness whereas the CX bikes are a balance of rigidity to make them fast and efficient over the road and compliance which gives you a degree of control and comfort off road.

im only mentioning the genesis as its a bike im considering. The Ac02 is probably more suited off road but id rather the genesis for canal paths which you could almost do on a standard road bike anyway.

if you want to be even comfier check out fairdale, this is the weekender. 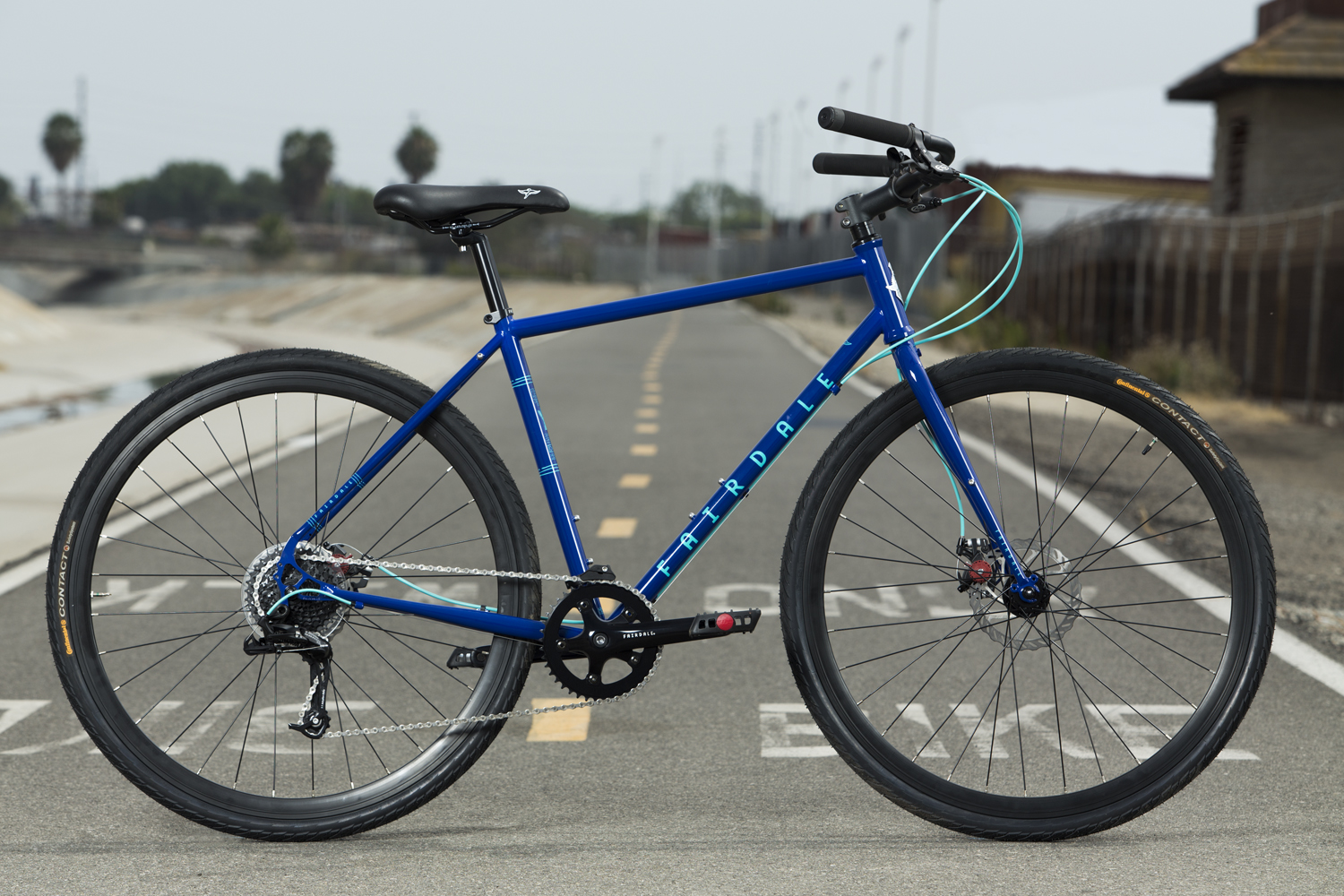 I love the bmc ac01, I rode the spec with the belt drive and it's a super nice, fast ride. It will put you in a good position and the tyres it comes with are big enough anyway. just reduce the tyre pressure if you know you're going off-road.

Did any Fukers do this? http://pages.rapha.cc/events/ride-report-raphas-hell-of-the-north-vi
Did it last year on 23's and this year on 25's and have only crashed once not even due to traction problems

Matt_payne202 wrote: I love the bmc ac01, I rode the spec with the belt drive
Thats the spec I wanted. It's mental money and only makes sense if you're riding locked garage to locked garage. If you're in town and might leave it outside the pub or the shops then in just isn't smart

Yeah that's it Will. I borrowed it off a colleague for a week and had safe places to put it but yeah I wouldn't buy it myself.

Planet-X London Road frame is reduced to £149 in Silver, all sizes available,

would make a great basis for a bike,

had an email for a cheap Tiagra groupset this week as well, Ribble maybe although you dont need the calipers as its disc