Anyone done much cycle touring?

After recommendations for a saddle bag and handlebar bag for trips with 1 or 2 nights in a hostel (so camping equipment not necessary). Looking at stuff like Apidua etc
illwill

Dad's got loads of Ortleib and Carradice stuff.
DuffMan

Considering Specialised AWOL as an all round daily/long ranger. Aparantly the components suck for the price but the marketing says the frame is on the tough side (?). This appeals. The subdued OD colourscheme appeals to me, something i wouldn't be afraid to scratch and less thief-bait(?). I could get more/better ride out of a giant but it just doesn't excite me. I look at the AWOL & I want to ride it. Any input/opinions?
illwill

Nice enough but a bit mundane for you no?

spexcel order arrived exactly a month and 2 days after ordering so not bad. missing two of the items though (wtf?) and the gilet sizing is insane!

one of these in size large. actually super impressed with this (I have kept the XL version for myself). Definitely fits on the small side and is probably a true medium. although I could probably get away with an L I thought would be comfier with a layer beneath with the XL. £22 shipped

one of these in XL. fits like a medium! I can get it on (wear a rapha large) but it is far far too tight on my chest - £16 shipped

will be able to ship tomorrow/whatever day so you will have before the weekend and all the festive cycling :~)
illwill

MLI wrote: Considering Specialised AWOL as an all round daily/long ranger. Aparantly the components suck for the price but the marketing says the frame is on the tough side (?). This appeals. The subdued OD colourscheme appeals to me, something i wouldn't be afraid to scratch and less thief-bait(?). I could get more/better ride out of a giant but it just doesn't excite me. I look at the AWOL & I want to ride it. Any input/opinions? 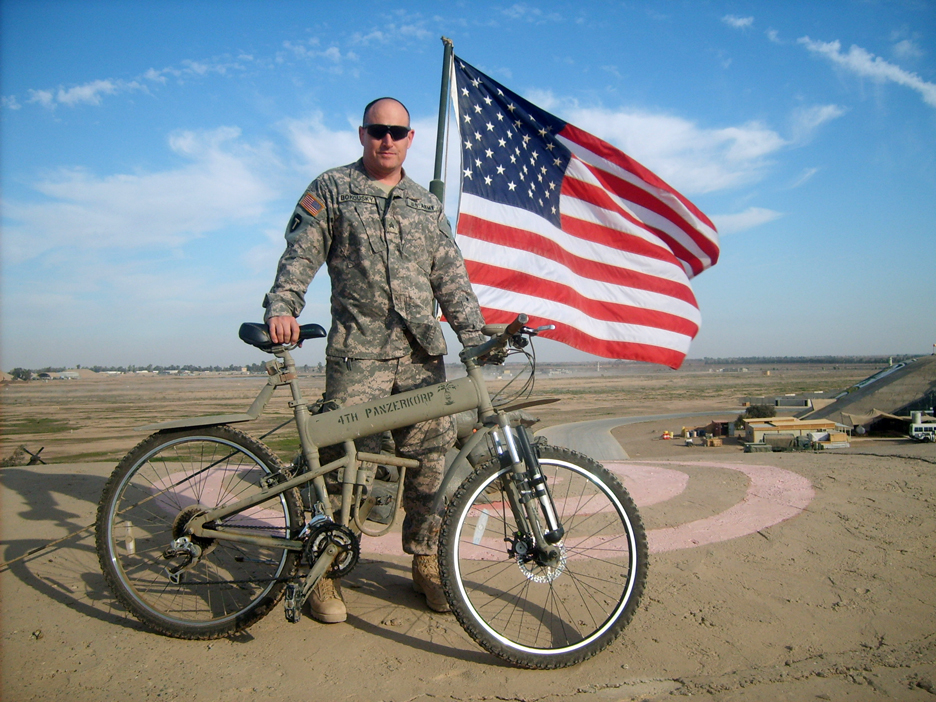 Thanks for your posts Illwill.

BMW has been a dream of mine since forever but with them going on hiatus and frames seemingly impossible to source, plus the complexity and cost of building it up I don't think I'll ever get there. Or it will take years and I want to start riding before I'm in my 50s..

BMX is another option. I love the simplicity and those '80s style cruisers like Skyway and SE do. But with my height (6'2) I really want a 29er or at least a 26, which is hard to come by with the right looks. I want to also do some long rides in future and BMX isn't really going to get me there.

I strongly considered the Paratrooper but the folding mech just seems like a weakness and a gimick. Good when you're jumping out of perfectly good airplanes to seize enemy infrastructure overland but as a daily ride it has no practical purpose. The suspension sucks as well and I'd rather have no suspension.

I don't know, I'm still undecided but AWOL leads the tenders for now I think..
phikz

What's Spexcel all about Swede? Looks like rebore Rapha, that zip jersey especially looks almost identical to a Rapha one I have. I assume that's the point though right? Can't imagine that bodes well with the Rapha snobs…
swede

yeah they definitely do a few rapha replicas (which look shit). most of it is just understated stuff. surprisingly good quality. not into wearing rapha mtbing, where the chance of falling + ripping/thorn bushes completely ruin clothes
swede

give a fuck about the rapha snobs. riding a mountain bike in a £160 top is just stupid
phikz

Ah, for mountain biking… Makes a lot more sense. Yeah, I wasn't having a dig, just intrigued as to how their rapha-like stuff was perceived to those who wear Rapha.
Jaymo85

the AWOL expert has a charge plug and the base model has the cable holes for it but not something I'm interested in. Just another thing that can break/get stolen
Jaymo85

What about a Genesis Croix de Fer, Highly regarded do it all adventure bike

they do a Tour de fer too

Thanks but why is that better than an AWOL? AWOL looks better/more subdued
Seventyfour

Read the reviews mate, it's no lightweight by any means but it's still at least 2kg lighter than the awol, and a step up in components, not dissing the Awol at all I was just offering an alternative as the awol seems more suited to travelling across continents than the everyday riding you described.
Sign in to post in this thread.
« Previous12 ... 231232233234235236237238239 ... 315316Next »