Lezyne pressure drive pump has saved me dozens of times on my commute, it's a great mini pump but the only annoying thing about it is it's a screw on attachment and sometimes when you unscrew after pumping the tube up it also unscrews the valve core for lols.

It's not the pumps fault, it's mine for (inadvertently) buying tubes with removable valve cores but still irritating as fuck. For the sake of a tenner for a new tube who is going to replace a valve core in the 21st century?

Speaking of Vittoria tyres, these are an absolute steal if you have the clearance for 27mm

roophees wrote: Yeah thats pretty bang on what I'm looking for. CDF looks great, as does the Arkrose.

Currently considering checking out the Fairlight Faran, or the Genesis Equilibrium, the 2018 one which will save me c. £500, or could splash out for a disc.
did you make a decision in the end mate? post pics of what you got if so!

Can anyone recommend a decent-priced lock?

Are D-locks still considered the most secure option?

I've got a Kryptonite Mini and M18 which were pretty much top rated when I bought them. Not sure if you'd call them decent price at around £70 each, not light either, but never had any of our bikes nicked since using them so seem to be worth it.

I need to buy 2 so ideally looking for cheaper than that, and preferably light-ish (replacing one heavy lock and one with a dodgy mechanism).

Just go for Krypto Evo if you're getting 2 of them. Can get them for 35 ea.

In terms of theft deterrance I'd say 2 of those are as effective as one of their New York locks.

Anyone got an Asgard for bike storage? Any good?

Yeah I've got the below and it's excellent build quality, couldn't recommend any more highly

Am I kidding myself that a stubby stem will make this work?

doug. wrote: Just go for Krypto Evo if you're getting 2 of them. Can get them for 35 ea.
Cheers, was looking at them earlier. The locks are for 2 different bikes though.

Am I kidding myself that a stubby stem will make this work?
yes

Mr W - what length are the valves on those free latex tubes that came with the Corsas? Running 80mm rims on the bike i'd fit them too so would need to be long valve

andymakesglasses wrote:
illwill wrote: Am I kidding myself that a stubby stem will make this work?
PM Jordan, he's got a stubby stem.
Underrated

They're 48mm valve, I gave them to the person who bought my Gavia's and stocked up on these.

You may remember a month or so ago I was asking about advice on a new road bike. Ultimately decided on a Condor.

Popped into the Condor shop two or three weeks ago, rode a Fratello (which is what I ended up getting), and a Italia. The Italia's aluminium, and the Fratello's steel. On paper, the Italia is what I should've gotten, as I was only using it for weekend rides round the park, to Brighton, to Windsor and the like, and its comfy enough and still pretty zippy but have been wanting a Fratello for ages now. Also a distant mate owns a Fratello in baby blue, and been thinking on and off about it ever since.

Was also cool to get my first ever bike fitting, and was great chatting with the staff, talking about what grips, seatpost, chainrings, and saddles I should get. Because it was at the top end of my budget, I ended up going with no mudguards and rack, although the mudguards will be purchased in six or so months time. Aim was to go for a slightly racy looking version of the steel frame.

Only downside I can see so far is that I unknowingly chose tubeless tyres. Never had this before, and quick research suggests they're a bit fiddlier and the tyres themselves are more expensive. 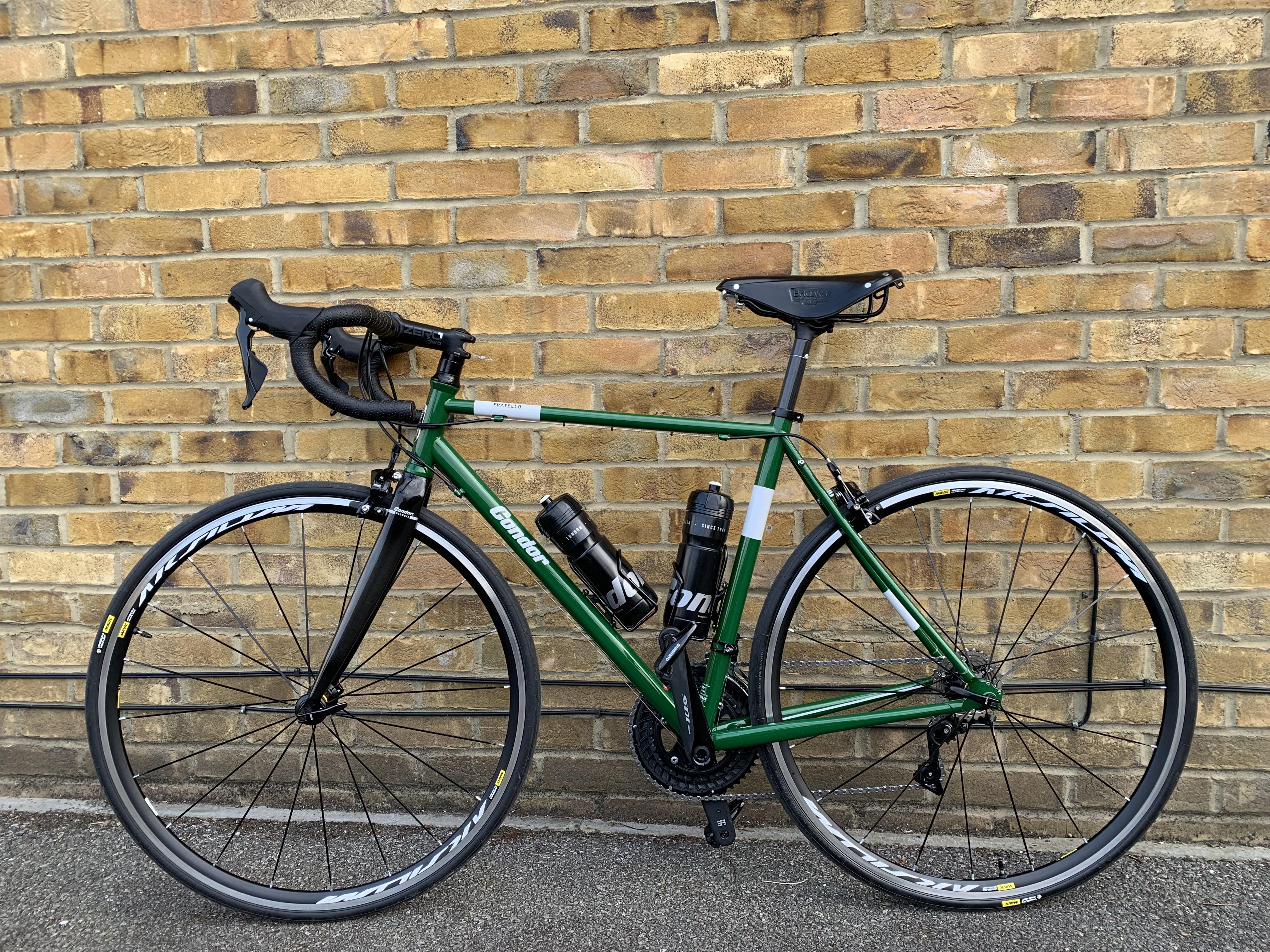 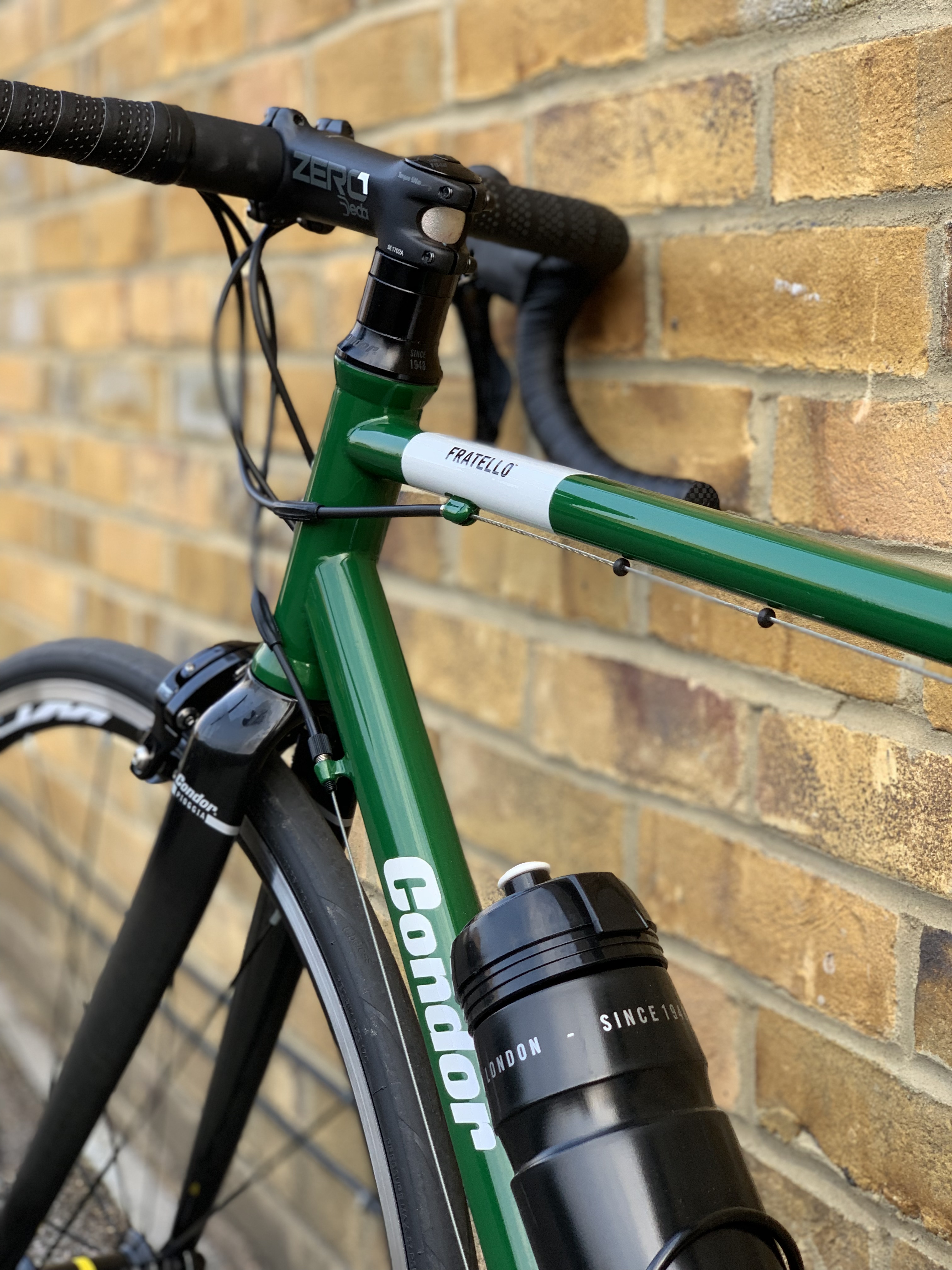 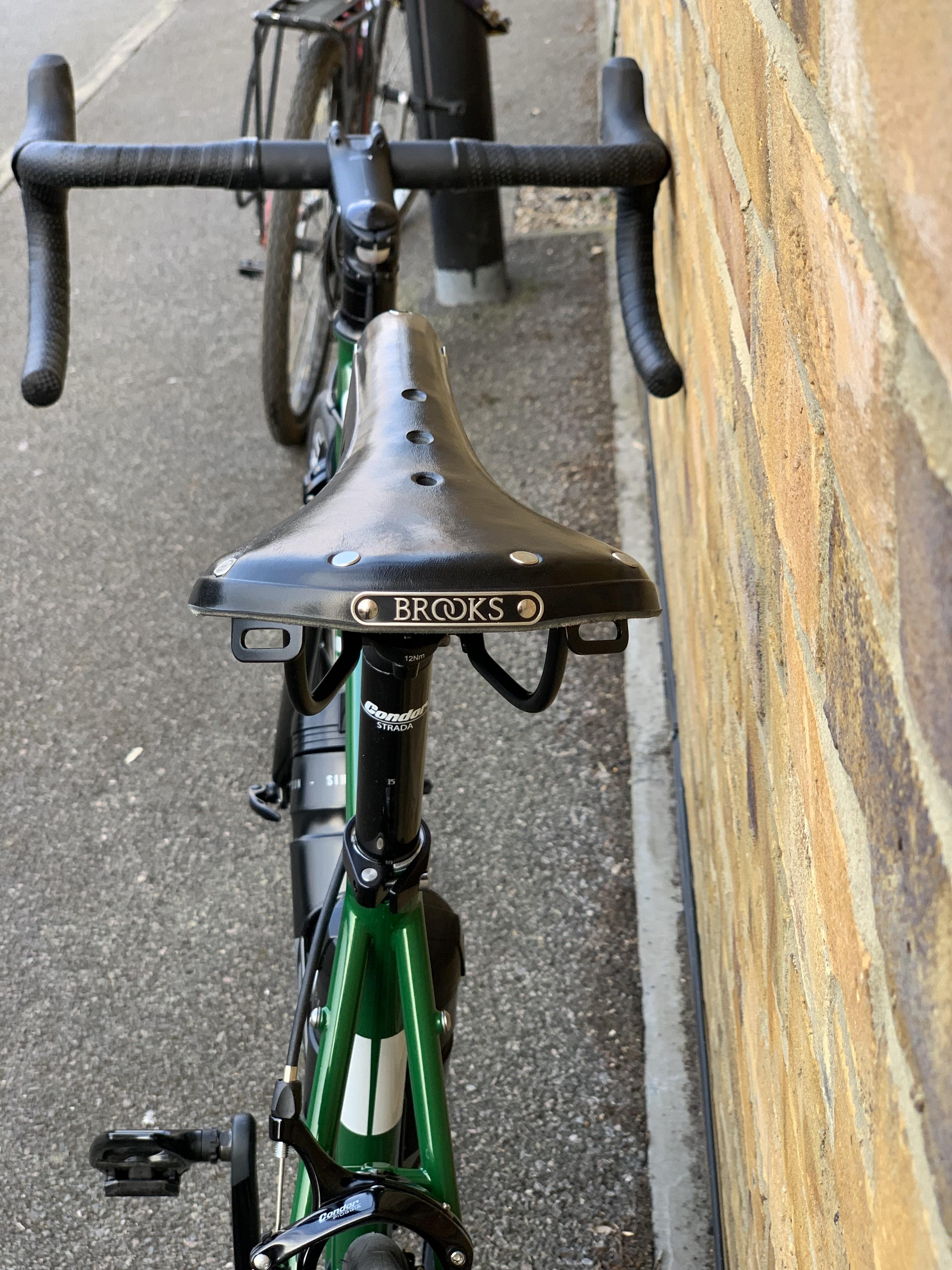