If you've always wanted Technics just bite the bullet and get some, plenty of decent pairs out there. Had mine for 20 years, bought them new and used them hard and they're still as tight as new.
Jamie

If you've always wanted Technics just bite the bullet and get some, plenty of decent pairs out there. Had mine for 20 years, bought them new and used them hard and they're still as tight as new.
I think I just might…

Interesting re:- the Shure carts. Was just reading this and feel infinitely more equipped at picking a pair of cartridges (if not the prospect of assembling a pair of Shures):

Da fuck is that? A Rane rotary! How much & need.
DELFOR

That's what this guy is using right? edit: something similar anyway

that's an E&S DJR400, its a portable rotary mixer. hand built in France, sound amazing by all accounts.
Seventyfour

Edit beat me too it
I've been seriously considering a rotary mixer, I was looking at the E&S 400 and the Condesa Electronics versions but that Rain looks special, I recon it will be more than the e & s though.
MrW

There are a few rotaries around focused purely on sound / quality….. 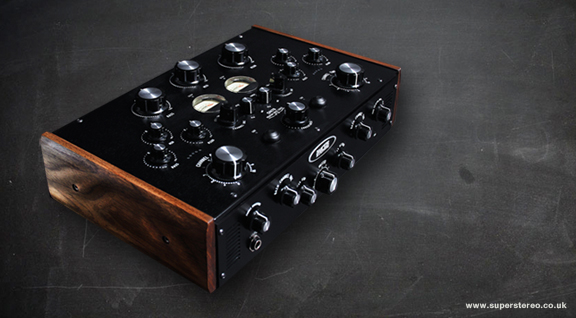 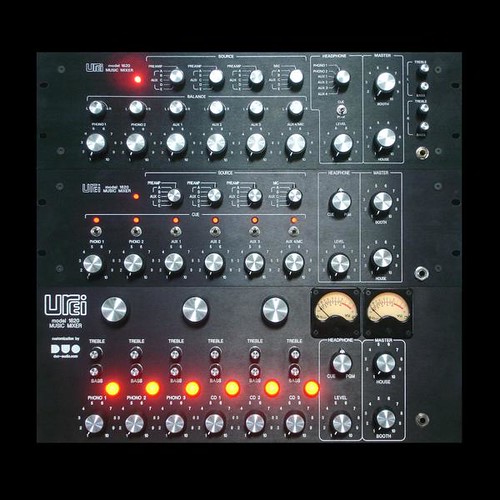 Yes, had one a pioneer years back, surprisingly they hold their value relatively. I traded to it in for a urei, they were going cheap at the time. Records sounded amazing on it, disco records sounded like house records. Was pretty unforgiving in the mix.

The E & S looks sweet such a good size and with isolator too. Someone out there is doing copy for a fraction of the price but was recently recalled.
Seventyfour

The Condesa is a decent price.
The n77 (changed name but can't remember the old one) below it, is a valve mixer, I looked at that too, but I kind of think it will sound too warm!
The one below it is designed by floating points it's the size of a microwave and costs 25k or something stupid.
Urei is very nice, I'd want a Bozak

would like a feel of these. deck doctor kept on about it when he was servicing my turntables. hes also a sound tech at fabric and gets to play with it whenever they bring it out. in his words iirc it kills the lot
Double D

The hell is anyone actually going to do with gear like that unless they own a nightclub? I mean nice gear is nice gear but ultimately you're going to be using what the venue has and hope to god it's semi serviceable.
MrW

It helps if you have nightclub-standard gear so when you play on it, it's not totally unfamiliar. And never met anyone who plays on decent systems with belt drives and a Numark mixer at home.

When I played fabric, (with the exception of the soundsystem) I had exactly the same set-up I've got in my basement.

To be fair though, spending upwards of £2k on a mixer you need to be linking that up to some quality gear to get the most from it.
Seventyfour

What do you mean? that Rane the Condesa, E&S and the N77 would be fine for use at home, the bigger rack mountable stuff would be waist though. Why wouldn't it be serviceable?
I play techno and was always into doing tricks etc, but as I've got older I'm getting more into long mixes, sound quality and trying to create something different, which would be more suited to a rotary just a shame they're so fucking expensive.
Double D

Fair enough if you've got the money to burn, tbh was always a side income for me doing horrible chav/student nights as opposed to a passion so was never going to drop that kind of money on gear.

Totally agree with that last paragraph though, overly busy DJs ruin house and techno sets, really couldn't give a fuck about how many Serato functions cunts can use.
Sign in to post in this thread.
« Previous12 ... 21222324252627282930Next »