figurine wrote: Would love to see more pics of your gaff exactlythat.
This, looks excellent
fat_cap

Does anybody know any online stores which stock similar stuff to the Goodhood "Life Store" (homeware) section?

Looking for a few bits to put in my new place - really like some of the quirky but minimalist stuff they have at GoodHood so any similar suggestions would be great.
blackham

once the place is done i'll post up a few pics!

no units above - its an open plan flat and i didnt want the kitchen to be on eye level. its a lot deeper than the old kitchen so storage space isn't lost. pretty much a free standing work space but there will be a few shelves built under. inkeeping with the rest of the place, it's as skeletal as possible.

didn't have the ££ for a seamless sink, but either way the guys who built this had never done a kitchen before so i don't think they could have. i've got a big inset stainless steel sink to go in - big enough to do the laundry/ any dye work

since it's all one space i didn't want to define any area with a specific function. obviously a bit stuck with the kitchen but there's a 2m long modular dining table in the same material that fits into the kitchen too.
saxonheights

fat_cap wrote: Does anybody know any online stores which stock similar stuff to the Goodhood "Life Store" (homeware) section?

Looking for a few bits to put in my new place - really like some of the quirky but minimalist stuff they have at GoodHood so any similar suggestions would be great.
http://monpote.co.uk/product-category/home-accessories/
Forper

hope you have a lot of cans of Rustoleum ET
exactlythat

few tonnes of renaissance wax to stop it rusting to nothing, but happy to let it rot a little
DuffMan

very cool exactlythat, my kitchen is done out in industrial catering units which are similar but not nearly as cool (cheap though!)
OnlyOneStop

How about posting up a kitchen photo then Duff? I'm looking for some cheap inspiration for my kitchen extension later this year.
Best

I'm after a minimal hallway table, any suggestion?

I've got an Aksel Kjersgaard chest in my hall. Maybe not minimal but looks good and provides useful storage.

duff did you use an industrial fridge too? i'm having no luck finding a decent under counter fridge that is fairly wide but under 90cm.

some of the catering fridges i've seen look perfect, but i'm worried it will be loud. the other option is fridge drawers, but they cost more than i want to spend.
seenmy

could you not get one where you can attach a door to it, andhave a door made that matches the kitchen material?
DuffMan

Nah we have a separate free standing fridge. Found fridges to be tough, eventually plumped for a fairly ok looking gunmetal samsung.
PaulFowler 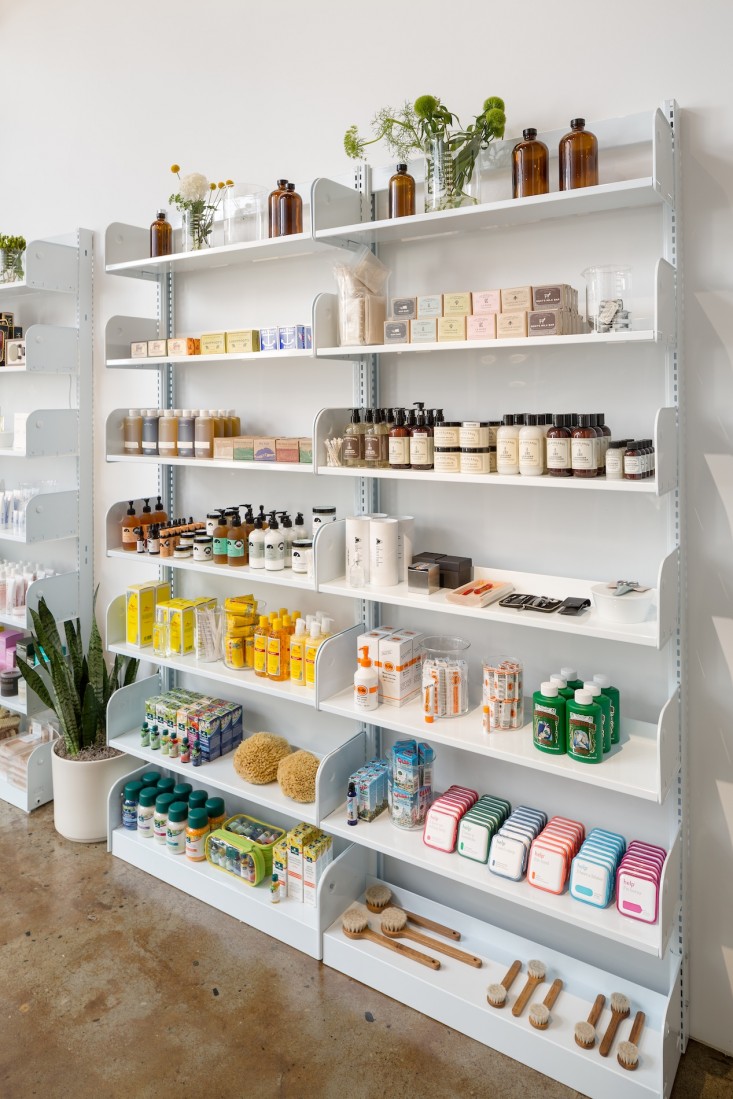 anybody know where I can find this shelving system?
figurine

I don't think it's vitsoe,
It looks slightly different, but vitsoe is the closest alternative.
seenmy

I'm sure that is something from a shop fitters catalogue,if you search white shop shelfs etc you would probably come across similar things.

Yeah similar but not Vitsoe.

I love Vitsoe 606 but I just cannot fathom the cost of it. It's astronomically expensive for what it is isn't it? I understand value and am not averse to spending money on quality and design, but it really seems like total rape to me. Am I wrong?

I looked into it for my flat but couldn't afford it so went with the below (excuse the terrible image). Chrome-plated spur shelving brackets with top grade birch-faced inch-thick lacquered plywood shelves. It's ordinary but with a good finish, and cost about £160 for the whole lot.