swede wrote:
Astro_Boy wrote: Got my Iphone 5 today, anyone have any cases they would recommend? best ive seen is one made of wood, looks decent
got this and it does the job nicely

Loads on ebay for 99p and free delivery.

Avoid the plastic ones as the break easily

get one of the 0.3 mm cases - http://www.ebay.co.uk/itm/0-3mm-Ultra-Slim-TPU-plastic-Protector-Case-Back-Cover-For-Apple-iPhone-5-5G-NEW-/251153547059?pt=UK_MobilePhones_MobilePhonesCasesPouches&hash=item3a79eaff33 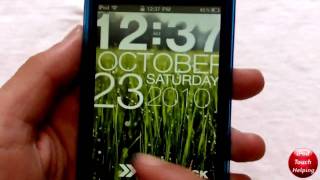 Easily change the background to what you want and you can change the way the font (colour & layout) easily through photoshop
http://www.sinfuliphone.com/showthread.php?t=98985

they still scratch to fuck on the top and bottom, basically anywhere the cover isnt present.
i hate that apple have made iphones basically so fragile, its a one drop/one mistake and you need to pay £200 to get it repaired.
mobiles werent like that before they came along.

"the price of great design"

Ive always used sleeves over cases. Yeah you have to get it out to use but it takes 2 seconds and any drop in a leather case and your covered. Plus they look nicer. My Hermes one was brilliant but fucked if Im forking out 250 every phone upgrade so now I'm on the five on using Makr quality hand crafted cases. http://makr.com/

i had a gucci sleeve, used it once. if i didnt use my phone so much i could see the benefit.
was it the blue square holed hermes one? i was gunna get that, but £300 was a bit much gonna get that typophone lock screen, looks sick. desperately need to do an overhaul on my iphone anyway, dont think i've changed anything on it for at least 12 months

got a lifeproof case; its kinda ugly but had it thrown into the air and land on concrete and theres been literally no damage.

snaye wrote: This was it

Yup that's the one, I was gunna get it in blue.

It's a nice case but no way would I buy it ever again. Better off getting card holder or something that's going to last you years, the case itself would last but 2 years later I'm using a different phone and its useless. Waste. Women loved it aswell, had several come ask me what it was and got talking from there so it had some return

Not a fan of this particular style of case, but some Smythson cases are 70% off right now. Only iPhone 4 and Blackberry though…

Yeah it's quite an old thing, I've only recently saw it and it wasn't put on the thread so just posted it up.

Just got an iPhone 5 3 days ago on EE and have used it mainly on wifi. I've done a little browsing on 4g but nothing data heavy. My useage is showing about 500 mb in this time which seems absurdly high especially considering my monthly allowance is only 3 gigs. Has anyone else had this problem? EE customer service is useless

Anyone had experience with replacing a smashed screen, simple enough?

Nick. wrote: gonna get that typophone lock screen, looks sick. desperately need to do an overhaul on my iphone anyway, dont think i've changed anything on it for at least 12 months
I think it's live, just been playing about with it