figurine wrote:
illmurray wrote: Thoroughly recommend Uncut Gems, Adam Sandler is as good as everyone has been saying in it. It is a stressful film. Also Armando Ianucci's David Copperfield is out on Friday and it's excellent.
saw Uncut Gems a couple of weeks ago, really enjoyed it.
Will be on netflix at the end of the month
caol87

Who knew Joaquin Phoenix was a Fulham fan? 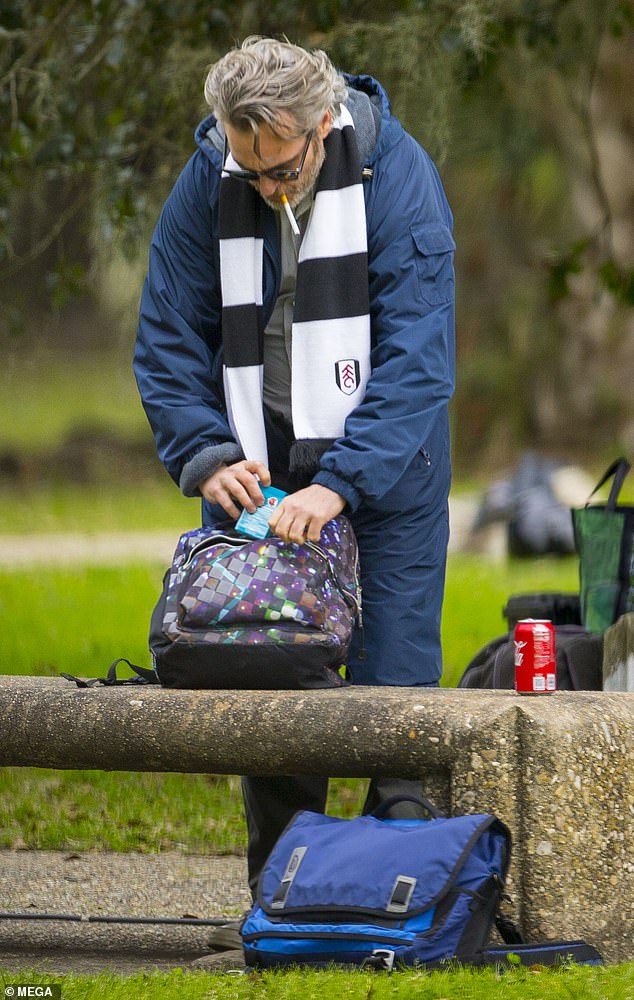 Or he’s probably thinking you’d have to be a joker to follow them..

This is pretty awesome behind the scenes footage.
carlos

Uncut gems is great, including the soundtrack
Trent

Trailer for TENET in the cinema looked amazing.

1917 is really technically innaccurate I heard and not really 1 continuous shot, apparantly in the scheme of recent war movies Dunkirk makes 1917 look like amateur hour so I prolly wont see 1917.

I liked mid90s, just for the older brothers room. MUCH better than that "Dopeness " movie or whatever that tried to rip off KIDS in a really try hard way..I always liked Jonah Hill, the only guy from the new "funny guys" I like at all.

yeah agree Uncut Gems is really good, really creates this hectic tension in every scene as this guys life falls apart. Reminded me of my fuckin luck the last few years

Saw Danger Close: The Battle of Long Tan. Really nice and mostly accurate. The NVA troops are way too heavily built/fat, in real life they lived off a pound of rice and some fish every day. the Aussies had a realistic mix of overweight and what today would be considered underweight (but for the '60s was normal and healthy, glamour muscles don't actually help you in a firefight) troops.

Weapons and combat were well done, although at one point an NVA soldier is firing an STG44, although these did get supplied to the North I seriously doubt a regular NVA unit like D445 Bn would have one. Also the sidearm that Major Smith uses at the end of the battle is a US issue Colt government, should be a Browning Hi Power.

Also there was very little attempt to be PC or "woke" like a lot of movies now. Although the dedication at the end is to ALL the troops that died at Long Tan, I felt it should have just been dedicated to the Aussies because the North Vietnamese were fighting for an evil cause that once ultimately victorious ruined the lives and murdered many many free Vietnamese people.
Dee

krisricey wrote: 1917. Proper. Made to look like one continuous shot as well with no cuts, fucking awesome.
Watched this last night.

There's a few times that continuity of shot spoiled it imo, like when a character dies (trying to avoid a spoiler) the camera pans along the house to men pissing against the wall on to a platoon of men in trucks. That transition from a quiet poignant scene to one of action and full of 'noise' doesn't work. It's more like, look at what we can do to keep it all moving. Same goes for the running though the town at the end whilst being shot at and the river scene afterwards, tips too far on being a far fetched and unauthentic. It's done with great effect in scenes like in the woods that follows (nod to Kubrick's ending of Paths of Glory?) and the trenches. Poignant ending and Mackay's acting was superb, DCC's less so, he's too effervescent and clean.

(If anyone wants a copy of screener pm)
Dee

Got halfway through Ad Astra too, bit of a slog.
joeyjojo

illmurray wrote: Thoroughly recommend Uncut Gems, Adam Sandler is as good as everyone has been saying in it. It is a stressful film.
Watched Uncut Gems last night, stressful is a perfect way to describe it. The film was so chaotic in parts it bordered on unenjoyable. Maybe it needs a second watch, it just felt a bit mediocre. Sandler was superb.
spitfiredealer

mid90's was cool from a nostalgic point of view. Anyone who skated in that time will enjoy it
MoB

Le mans 66 last night, good but not much more than that. bales accent is lol
themistake