I`ve been going to frame some t-shirts for a long while. never get around to it tho. got some old 40% and wtaps ones I want to do.

Stanleyboy wrote:
Stanleyboy wrote:
R wrote: im with x & milspex on this one. can see if someone would like it for the detail but think its a bit distasteful and vulgar to have something like that on your wall.

that's a very odd thing to say.
just opinion/personal taste. never been a fan of artwork like that.

I'm not having a personal dig, I just found your comments odd. I can't see why anyone would be offended by such an image, it's not exactly provacative, however you imply it's somehow offensive. If you like art then you will know it's all subjective and this is quite the opposite to what some could apply the term vulgar to.


of course its subjective..which is why i said its my opinion. not a dig, just not something that i find tasteful. obviously its not the height of vulgarity, but just doesnt appeal to me.
Kingmob07

This is fascinating to me. We've got a thread where people drool over the latest 'sluts', and yet somebody posts up an artwork of a semi-clad woman, and it's somehow vulgar and distasteful?
eliotness

Possibly in the context of having it up on your wall for everyone to see?

I don't get it either, I quite like it.
stelfox

It looks awesome, the detail work on the hair bits especially and I get the almost angelic quality she's supposed to have. That said her waps are really quite large. Especially on a girl of such small frame, of asian descent.

I like it though, and I'd have it up.
CovOne

Farrell wrote: I like it though, and I'd have it up.
Perv
stelfox

Monitor, printer, mouse/keyboard, speakers (Which are quality for the money) and desk

Note I still have a shit computer under the desk

Stanleyboy wrote: I'm sure it would be possible, especially with the shading details, although you would be hard pushed to get that soft/pastel feel that is typical to her work. 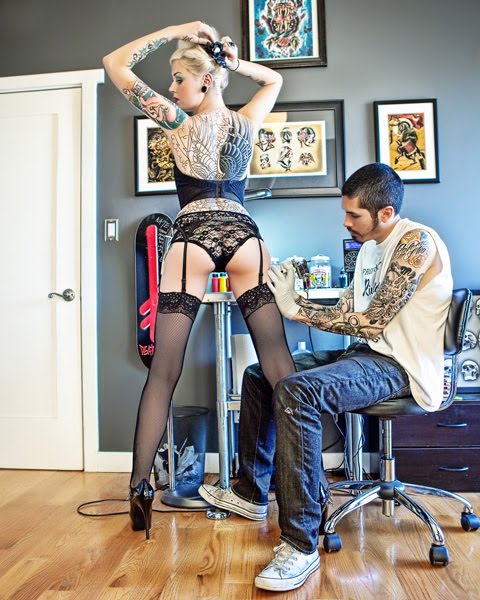 Is that one of them suicidegirls? Because randomly I have just 5 minutes ago watched a film by them
Jesus

Its like a version of LA Ink but with tits everywhere.
maximus

bonus pic of parrots eating off my feeders