Loads of people who skate won't have heard of Supreme as it's not your typical skate brand, they don't advertise in skate mags, they don't put out footage or pics of their team, they're not carried in any skate stores. I would say though, that any skateboarder with a fondness for 90s street skating or east coast skateboarding will have heard of Supreme, much the same way as they'd have heard about FTC (another skate store/brand that many skaters won't know of).
MLI

stoney wrote:
FrIEND wrote: and stussy too.
yeah plus one
me three

I think i ordered this last year and it just turned up now!

my take ivy turned up today too, it's great everyone can now own this book

Mine turned up today too, it's a bit shit init

Bought this, just arrived today. Pics don't really do it justice. I love it.

Didn't realise it was used on Dr Who as I don't watch it before anyone mentions it. I just knew that Jacob Jensen designed for Bang & Olufsen but this was more affordable.
inversesquare

I got a bit obsessed with B&O earlier this year. The Beocom 2400 looks banging. I'd totally love to deck out the place in Bang and Olufsen stuff.
R

VoteForShorty wrote: Bought this, just arrived today. Pics don't really do it justice. I love it.

Didn't realise it was used on Dr Who as I don't watch it before anyone mentions it. I just knew that Jacob Jensen designed for Bang & Olufsen but this was more affordable.
no offence but buying a 2nd hand phone is fucking rank imo. a new one would have set you back £9 more.
jimm 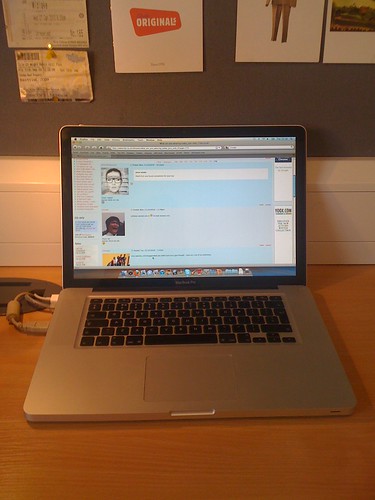 jimm wrote: B&O is generally a bit rank
Hardly rank is it? Amstrad is rank, Binatone may be rank but are you saying you wouldn't have any of there kit in your place? I'd be interested to see what TV, sound systems, telephones you have to allow yourself to make such a statement. No beef becasue I've bought the phone as it's the only piece I own, just I can't really see what's rank about any of their stuff(unless it's a secondhand phone, as R already said)
jimm

I find B&O designs a bit excessive, a bit nineties. Personally I don't really like the idea of designer gadgets, speakers and phones. It's usually too obtrusive. Especially compared to something like classic Dieter Rams at Braun, which looks more relevant today, or very contemporary things by Naoto Fukasawa or Nendo or something…
chinaski

stoney wrote:
phelen wrote:
BUDA wrote:
bresone wrote:
phelen wrote:
ross wrote:
Jordan wrote: I used to skate for every day of my life for about 5-6 years, and never heard of supreme or wtaps since I started posting on here… am I alone on this?
Same for me.
I did hear about them till years after i stopped skating. I was wearing Emerica, Es and all the mainstream brands back then.
Droors, Blueprint, Elwood clothing for me, always baggy. Es Kostons and DC Plugs for shoes.
vision streetwear, cons, bones brigade tees, airwalk and various board manufacturer tees. Always skated in cons pretty much.
Dvs shoes, spitfire backpack, enjoi, girl tees, emericas.. i'll try n find some old pics.. Can't believe i never wore vans authentic back in the day, they seem to be rocked by every skater these days..
stelfox

Was all about big shoes back then
Owlix

Osiris D3's were the don of big skate shoes. Ridiculous to skate in, though.
hugsie

I used to skate about 4-5 years ago (young and shit) but i herd about supreme/Huf through Nike Sb which intern i herd about through slamcity. Had never herd of wtaps though, was all about spitfire and Blind
deuce

a friend from college recently found this pic of me and my mate actually;