cheers, will go electric based on that
Burt

Yeah, Krups is a blade grinder and it is bloody noisy

Still, doing me OK now. Probably one for the coffee thread but is grinding a load of beans and storing them in an air tight tupperware tub considered bad practice?

Not a huge issue really, will just be the same as buying ground beans depending how long you keep them for.

I used to grind enough for a week then take it to work and keep it in the fridge. Not as good as grinding fresh but probably better than pre ground
Burt

Cheers. Only thinking of weekends when I get up early for a quiet cuppa and don't wanna wake up the rest of the house with the Krups going supersonic.
doug.

fuck, never thought of that. shit soundproofing in my gaff.
Dee

I've got a $15 kmart toaster. Lasted 3 years so far, no issues. When you're rockin Eames on a data entry income you gotta make some sacrafices.

TIMDOT wrote: Skatething books from amazon japan
was this through a proxy? would love to get these, you seen the showstudio interview
yet? He is a fascintaing bre, love his designs.
TIMDOT

^^ye proxy. I haven't had the fortitude to sit through the whole of anything by showstudio tbh.
Forper

Third one is by far the best and is filled with early graffiti designs, graphics and photos. Some of which are funny (edit: okay not VERY), such as:
http://i560.photobucket.com/albums/ss41/thomasA217/R0055804.jpg
I always wanted to know what was inside that thing, it originally came in a polybag like a comic book with 3D glasses I think. I saw copies somewhere in Harajuku (Sarcastic store?) in 2001 but it was one of those costs I couldn't justify then, the cash had to all go on the clothes.

Because it was called "EP" I assumed there was also some kind of music disc in there too??

Anyway classic era of his designs, you can tell he was the real creative force behind w)taps golden age.

That cover was really fresh then too, hard to believe with all the stormtrooper heads that proliferated "heads culture" in the years since. I'd say THG was one of the first if not the first to flip that helmet in some way.

That graphic is funny in that whacked out Skatething way. I wanna play SPETZNAZ: THE VIDEOGAME ahahaha

I have that Eyescream issue, yeah pretty dissapointing overall
illwill

Must have bought half a dozen beard trimmers in the past decade but this one is the don dada.

Inbuilt vacuum clears up 95% of your shit so minimal cleanup effort. Game changer.

Under 50 sheets delivered from the US.

footmobile2000 wrote: Anyway classic era of his designs, you can tell he was the real creative force behind w)taps golden age.

I have that Eyescream issue, yeah pretty dissapointing overall
Tbh I'm not as familiar as I think I should be with wtaps's 'golden age' graphics.

Skatething's designs have the two things I look for in creative work; they lead you to ask "how did he think of that?" whilst still looking well made.
I have seen a few designs from CE that look a little sloppy, as if he has an over-active imagination. But I still like the brand as a whole.
For example:
https://www.cavempt.com/291-colour-plinth-t
Bad.
https://www.cavempt.com/278-city-prism-sweat
Good.
jesterrp

I'm can't really get down with with CE except for a couple of simple designs they've done, but one of the over the top-ish designs i like is: 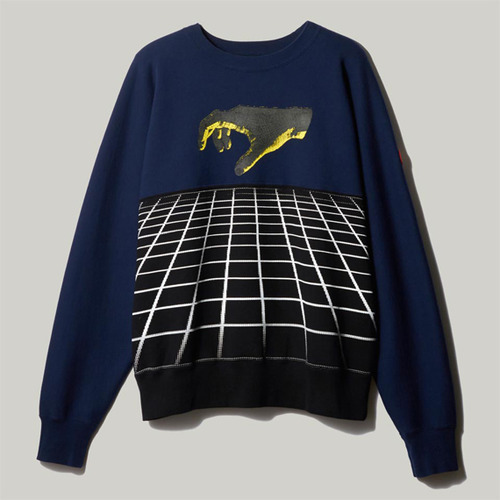 Can't figure out what it is and i feel like it's wrong but i can't help it hahah. Don't think i'll ever wear stuff like this though. Could see myself picking up a CE t-shirt with a classic Sk8thing women's face design though (not sure how to phrase this but it's understandable, right?

an astell kern ak100 because i fucking hate itunes.

http://www.aloaudio.com/ak100
yeah cool but check out the new Sony WM-ZX2 on Feb 14 before you choose

TIMDOT wrote: Tbh I'm not as familiar as I think I should be with wtaps's 'golden age' graphics.
I've always thought that Skatething did A LOT of designwork on w)taps pre 2003. I mean not just t-shirt prints, everything from lettering, tags, icons, packaging, to the design of the actual clothes too. I think this because the brand changed so drastically when Tet got his own shop, the Philsophy Store in 2003, it went in the direction of his interests only (Punk and bikes). From that point on there was never a logo or a even a font that was the same as before. He's reused the old iconography in his new stuff but never really introduced new stuff that's on the same level. At around 2003 I think Skatething started doing a lot more work for Bathing Ape again (Shark hoody saga) as well as the usual friends brands. Anyway I have nothing to back this up, just my observations.

I mean the sense of fun old taps graphics had compared to now:

The cool tie ins and eccentric takes on collab/reference tees:

The clean graphics on tees and tags, the subtle Star Wars references:

And of course what Jesterrp mentioned, his classic 40% model tees. Soooo much better than the PAM-esque weirdo prints he's into now. I would kill for these to re released, I would actually go back to wearing print tees for the first time in years. They never would be though because as soon as they were seen worldwide the models would sue. They're something of the time they were released, only available in a couple of stores in Tokyo in the early to mid 90s and no one outside that scene even knew they existed.

It's kinda funny because I've heard through the MBC/Noodles that the 40% is in reference to the "40% rule" where if you change a graphic 40% or more it's a new graphic and belongs to you. I don't think the models involved would agree these days though!:

Basically I think TET is kinda a hack compared to Shin, but takes all the credit for the brand. He's the George Lucas of w)taps.

Remember shin has designed just about everything, he's pretty prolific. From the Bape Ape head to the BBC astronaut. It was funny, that fucking shitty store "Culture Kings" in Melbourne had this massive banner up outside with BBC and the astronaut and I'm like "yep the same guy designed that as who designed the tag on my jacket I'm wearing. That's cool..