bill wrote: It's nice of people to be concerned about what he's spending his money on. If he bought a full outfit, he would get slated even more, it's like people think he needs a few thousand forum posts to be worthy of wearing an expensive item. Gotta start somewhere, he should be congratulated.
esco

maybe he has a job…
robii

I just don't like the idea that if you throw enough money at the problem you'll eventually get a result. I'll take my comments back until I see the jacket posted in an outfit
esco

feel sorry for astro. to be fair he has such a mixed bag of designers and brands that its probably not going to look right on him just yet.
Sayword

) but at least he takes all criticism in stride and isn't a bitch, and down right shirtless cunt in a big black ribbon like doomedyouth.
DY

because doomedyouth took a black and white pic in his panties with nothing else but a big black ribbon and a look on his face like he'd been violated. Very nick 1, 2, 3, and 4.
RickRude

Now go and wash your clothes you smelly cunt
shralp-lad

doomedyouth wrote: You like shirtless men with black ribbons breh breh?
my bad they were BALLOONS.

You recycling that pic like one of your waywts.

Do you buy anything anymore or only post to congratulate strictly and be a homophobic?

RickRude wrote: But Owlix - you my friend are probably a typical do gooder hooray henry who is blinded by social acceptance that multicultural diversity in Britain iss now the status quo and so the hard working British average joe should just shut up. What you just posted is harsh truth and the fact that it gets deemed as racist etc just adds more fuel to the fire.

Call me a politically incorrect but it is a fucking atrocity what is happening in Britain ATM.
Dumb racist cunt

racist, tell me what is racist about that, it is a political opinion in which I made no prejudice against color,creed,religion or ethnicity.

get out of here with that shit, i commented on a purchase by astro boy the same he comments on mine the same we all comment on each other. Go back to Bicester and buy some shit RRL shirts
DY

way to derail a thread, but while we're at it 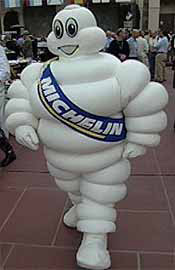 you got me there doomed. I'm totally exposed.
Superprecise

Sayword wrote: you got me there doomed. I'm totally exposed.
looks like raekwons face has been exposed to the sun and is melting
DY