yeah there is that to it.
id have that if it looked that good in person. but i bet it dont.
MrW

Good idea, a non-receding hairline when you're a pensioner will look totally natural. Guess you could always cover it up with a wig.
FrIEND

guy in the middle looks like he's had his done with the blue biro.
nick2

my brother had that tattoo done, it looks alright tbh

said it was very painful though, but he is a bit of a pussy
Paolo G

nice! If mine goes I know what im doing!
abbs100

Had A mate borrow my clippers to cut his hair (I used to do my own with attachments,shaved up sides and back).Gave him the clippers without the bits as he fancied something similar.
He was a dead ringer for Chuck Norris Till he let his Bird at his bonce,straight in like a lawnmower,leaving him with a nice 1mm racing stripe across his forehead down towards the nape of his neck..returned 3 hrs later at the door and didnt have a fuck who it was,looking like a stubbly Bosnian refugee,so big was the change.

That was nearly 20 years ago..BUT he still has a skinhead today.We got used to it and so did he.

The moral of the true story is once you get over the initial shock of a new appearance people soon get used to it..
Ciaran 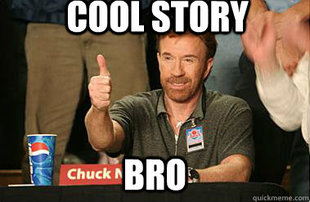 abbs100 wrote: The moral of the true story is once you get over the initial shock of a new appearance people soon get used to it..
There's a big difference between something looking good and people getting used to it though. People would get used to it if you started dressing like Simon Cowell, but we're on a fashion forum and that kind of attitude just does not cut it (pun intended)
abbs100

Sorry,I thought this was a thread about losing your hair,not "would i look better bald or not".One mans idea of what looks good is another mans idea of looking like a Twat.Mullet,anyone?.Maybe I should post a link to some stylish wigs for the Uber-trendy.

I sure a lot of people like high waisted trousers

No one likes going bald though do they?
robii

I suppose not,but if/when I do start losing it,the clippers are coming out of retirement

yellowpages wrote: No one likes going bald though do they?
I honestly dont care, I've shaved my head since I was 18 so it's just less work for me as the years go by.

I dont think you would want my hair,unless you like the Curly-gypo-can-I-tarmac-your-drive? sort of look.

yellowpages wrote: No one likes going bald though do they?
Shaved head fetishists? Some people suit bald heads like Lex Luthor. Nothing worse though than being fat and looking like a giant baby.