My wheels are fucked (mrs) car going back in next couple months on a pcp. All 4 are like this, will they do me up. How much to repair diamond cut wheels ? 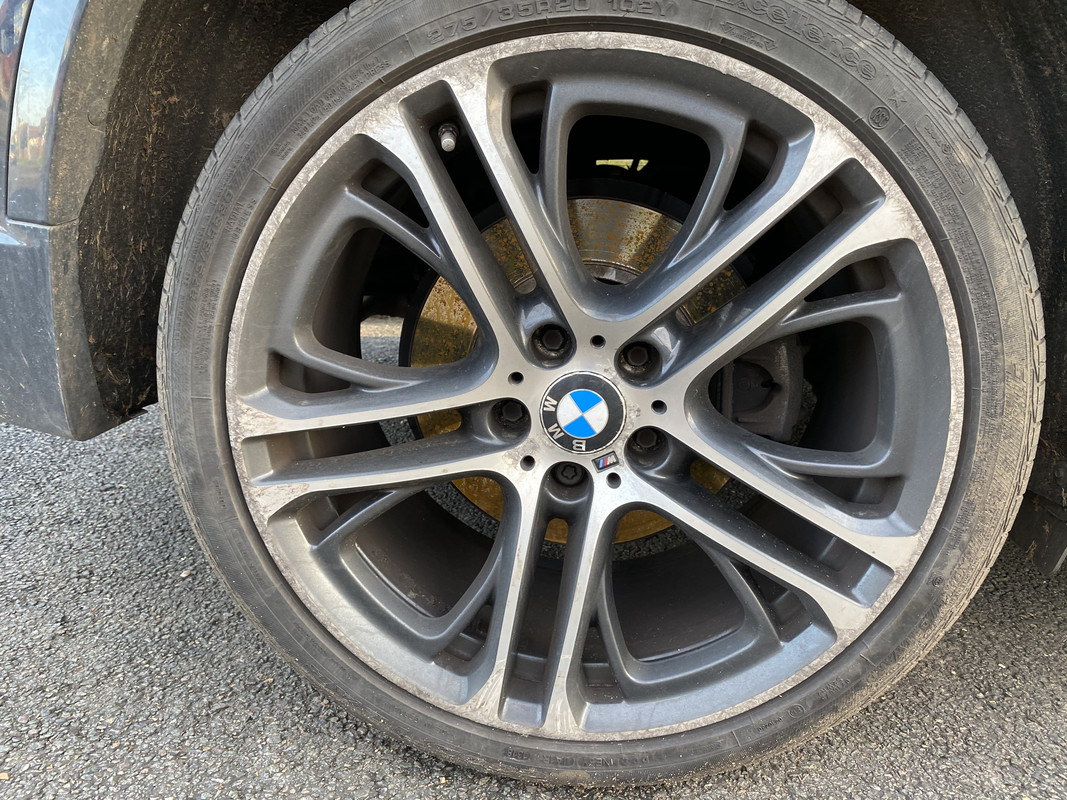 Theres a charge list somewhere online for what they will bill you for. If its with Alphabet through BMW I have heard they charge £65 per wheel, which is probably cheaper than elsewhere.

I handed a car back to BMW with some damage on the wheels (not as much as that like). The guy who came to evaluate showed me what the bill would be, but then BMW wrote to me that they would just waive the costs. Either way, I think it's definitely cheaper and worth the risk to hand it back as is,

Will be about £130-140 per wheel to diamond cut them, so yeah may be cheaper to pay the fees or take a chance.

What about if I slip the inspection guy a onner ? Also got a big dint on the back. Thought about insurance claim as moving to company car scheme now and it’s about £800 to fix. Got 2 grand to pay in over millage and lost log book

stoney I know you are south London but worth giving these guys a call. extremely competitive and fresh outfit… not worth going with the cowboys who do it on your drive

How olds the car? They seem to have corroded around the centre cap which seems odd

It will state in your PCP contract your usually allowed wear and tear with VW finance it was something like 3 cm scratch else its 50 quid a wheel.. It was BCA that came to pick my ex missus's up and the wheels were fucked, the car was a true representation of our relationship, badly treated and wheels falling off.

That aisde he was sound just said forget about it. Lost a 2nd key as well and he waived that also which I would imagine they could charge what the fuck they wanted.

Long and short you might get lucky so I wouldn't bother doing em pre handback, if they bring it up say you will do and bring the car back (in the contract it should say its something like 5 days to repair yourself)

Thanks v much all (especially toocan) I’ll hand back as is. Here is the rear bump though. What might they charge me for this ? Think I may be best getting this fixed before ? 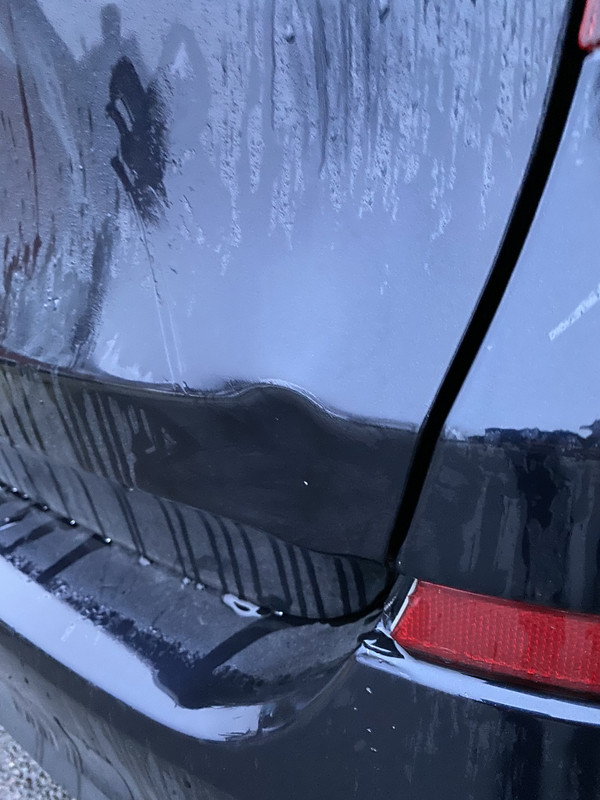 Could probably get dolly'd out that for 60 quid. If it was me I'd probably get that done or at least properly costed. Dont use a franchise like dent master your local garage or 2… it feels (im no expert) that when you see a fault like that you look at everything else in a more scruntanous way as the humans we are so could pre empt a longer list of shit

Your missus do a bit of demolition derby at the weekends?

as per another question, it’s only ; years old. It’s fucked though. Has to get the engine taken apart the other month as it got totally clogged up . The mechanic bloke who sirted me out said modern jeeps aren’t built like hey used to be.

Doing some media work for BMW Park Lane now. They threw me the keys to the new X4M to see what it drove like.

Great video, I still can't get along with that rear end though. The car's not yours to be clear. No homo etc

ismvil wrote: I still can't get along with that rear end though.
Looks like someone sneezing.

MRN wrote: Doing some media work for BMW Park Lane now. They threw me the keys to the new X4M to see what it drove like.

I did quite fancy the X3M, but chopped the M135i in for a pony spec X3 20d M Sport with some nice extras instead. Got a bairn on the way and need to start being sensible… for a while.

is it just me that doesn't understand "performance" SUVs? if you want the boot space just get an rs6?

ismvil wrote: Great video, I still can't get along with that rear end though. The car's not yours to be clear. No homo etc
LOL

I think the X3M is the better looking car for sure.