We need a firm definition of just what constitutes a Nan Kid. Post symptoms and celebrity Nan Kids

- NOT KNOWING WHAT A NAN KID IS = AUTOMATIC NAN KID
- Eating each component of a meal in order/ Eating all of your fries before even touching your Burger
- Having Ketchup with every meal/ yorkies with every variation of roast dinner
- Wearing your watch so the face is on the underside of your arm
- Will never eat greens or salad. Has to have things like 'creamed carrot'
- Lunches are always stuff like a multipack of biscuits. Cheaper the better. If a packed lunch has to stick to a rigid forumla and any deviation causes concern
- Don't like beer. Only drink vodka and coke
- Don't like spicy stuff. Orders a korma when forced out for a curry
- Is called Pauly
- F1 is his favourite sport
- Is obsessed with modded vehicles.
- Never allowed to see an 18 movie before the age of 18
- Scared of dogs
- When wearing a rucksack they have massive ones with clips across the chest (which they use)
- Uses Lynx
- Video games console taken everywhere, from holidays to a week working in Aberdeen
- Cuts sarnies into 4s
- Doesnt ever drink water BUT conversely, the only hot drink they like is plain hot water
- Wears Astroturf trainers, but never plays footy
- Thinks that dressing up (eg for a night out) means putting on an ill fitting short sleeve shirt.
- Is proud that said shirt cost £3 from Primark
- Shelters work from being copied by others with their arms, nobody wants to copy it
- Throws like a girl / can't catch
- Wears white sports socks with casual shorts
- Scrubs is their favourite show. Got all the box sets
- they dont eat the white of an egg and they deffo dont like tomatoes. the only salad they might eat is cucumber.
- kids who used to pull bread apart and roll it in to a ball
- at school wore nothing under their uniform jumper
- Still has a velcro wallet
- Wears glasses with transition lenses
- Always the banker in Monopoly
- Goes to Yo-yo / fingerboard / trading card conventions
- Goes/ would go on a cruise
- Mouth breather
- Eats with mouth open and slurps food.
- Tells bragging stories that they think make them sound like a hero, when actually they don't.
- Thinks the bruise/soreness after effects of a small injection is a war wound and needs a return visit to doctor/hospital.
- Receives e-mail alerts for air quality
- Plays Ultimate Frisbee / other sports which aren't really sports
- Uses supposed athletic prowess as reasoning for them not being a nan kid
- Finds fizzy drinks too fizzy
- Has an Alienware laptop
- Central heating makes them ill.
- Customises their computer desktop with Geektools and Candybar.

davinho - goes straight to the top of the lsit as he claims 'dumb and dumber' is the best movie ever made.
coco_m - self confessed
Pauly - banned
Jordan - certified
the conductor - under investigation
r2d2 - going on a cruise
Siriusmo - has never had a brew.
Barrence - Velcro shoes
MuayThaiPimp - tells nankid stories
Duffman - As voted by Fuk
Serbia - Got aids from a flu jab and cant breathe in LDN.
evers} - Has meltdowns when his Arsene Wenger blazer is criticized
d_low} both get nose bleeds if the weather changes a bit too quickly.
Canhato - Watching cartoons all day long.
yellowpages - seperated at birth with scott parker
morgan-r - talks about sex on the internet too much and wont go on holiday to sharm in case of death by shark.
figurine - classes fashion chat on a fashion forum as nan kid
trent, canhoto & lew909 - red dwarf smeg head generals.
Satya - Velcro shoes
Homer - overpronates when he stands/walks
Bill - Allergic to everything
Evers - Started smoking to cure an allergy 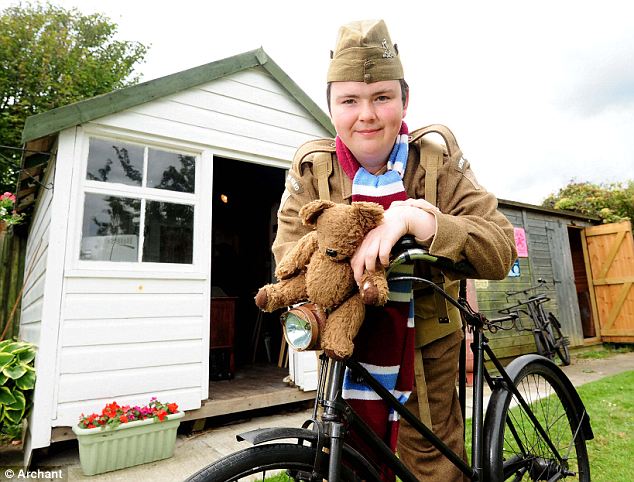 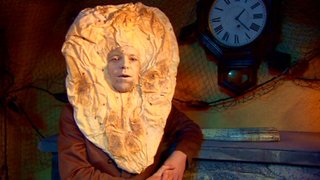 its got to work.
add 'eats no vegetables or salad'.

ill think of some more.
seenmy

This nan kid who went to my primary school used to bring in a 24-pack of Happy Shopper bourbon biscuits as his packed lunch every day. Nothing else. Just the biscuits.
yellowpages

yellowpages wrote: Add 'moves out but still gets his mum to do his washing/deliver shopping/make tupperware dinners'
nah man, that shits standard for even cool dudes.

Noble Locks wrote:
yellowpages wrote: Add 'moves out but still gets his mum to do his washing/deliver shopping/make tupperware dinners'
nah man, that shits standard for even cool dudes.
Haha is it fuck. My mate is 24, has never worked a day in his life and that's his signature move. You can't get any more nan kid than having your mum deliver toilet roll

not nan kid, thats just being a spoilt brat
trailofdavid

Yeah Nan kid, I think, differs from lazy/spoilt in that its more about being unable to grasp any level of sophisticated/ adult taste and just generaly do things the right way?
unCouth

yellowpages wrote:
Noble Locks wrote:
yellowpages wrote: Add 'moves out but still gets his mum to do his washing/deliver shopping/make tupperware dinners'
nah man, that shits standard for even cool dudes.
Haha is it fuck. My mate is 24, has never worked a day in his life and that's his signature move. You can't get any more nan kid than having your mum deliver toilet roll

professor greens a nan kid. in the sun on saturdays they do a '10 things i really couldnt do without', and you name things like your car, phone, ipad etc etc. he named his nan who brought him up and made him what he is today as one of his things the knobber. ill do a scan of it tomorrow if i can be arsed.
giddas

Noble Locks wrote:
yellowpages wrote: Add 'moves out but still gets his mum to do his washing/deliver shopping/make tupperware dinners'
nah man, that shits standard for even cool dudes.

lol @ bourbon boy.
Surely the main geezer from the only way is essex qualifies. His nan is always bringing round home cakes etc?

So those traits are quite nan-kid-ish.

nan kid doesnt always mean you have to be broguht up by your nan; its a way of life which true nan kids have defined. i think gettin your mum to do your washin and bring it round is certified nan kid.
Noble Locks

yeah there is some confusion here, nan kid doesnt mean you have to of actually lived with your nan, most nan kids didnt, they either have really old parents or their parents are real square and spoil them by never telling them rights and wrongs of life, like tomato sauce is not allowed on every meal, buscuits is not dinner and crying and screaming does not mean you dont have to eat your veggies.
Tho the washing one is still a doubt for me, ive never touched an iron in my life. my old dear done it till i met a whore, then they have done it ever since.

nan kids dont eat curry, only kfc and mcdees, and only eat chicky nuggets (or HAVE to have them as well as what else they order) from mcdonalds by the way.
they have the star wars box set and memorobilia.
they dont like football but love formula 1.
they get a cold they call it swine flu.
they have never broken a bone or been to the hospital before, but go to the doctors all the time when there is nothing wrong with them.