Good point, if he had, no doubt there would be tons of slip screenshots.
Anything's possible in fudge's world of pure imagination. Jet-set lifestyle, luxury cars, even friends.

In Brazil they say " Americans are faster in assigning other countries' presidents! "
phelen

joeyjojo wrote: Trump should have won. Hear me out! Biden/ Harris won’t be able to do a thing, 4 years will pass in a flash and by then there’ll be a younger, better looking, non idiot, non obese, non orange Trump but articulate and not a fucking moron to clean up. It Trump won let him rattle away for 4 years tweeting etc and gives the Democrats the chance to get someone better in?

BUT if Biden wins Fudge hopefully loses a load of money which as things go seems to be the only thing he has in the world.
There's a lot Biden can do, join the Paris Climate deal, make us a "better" deal with UK trade, sort out Covid in the US. Like I said he's neutered with the Senate belonging to the GOP, but apparently its still too close to call. However, I don't think he do much to rock the boat as he wants to "heal" the country so he prepare anything to piss off the GOP.

Trump with another 4 years would have dismantled the US "democracy" there's no chance he wouldn't fire everyone who wasn't loyal to him and serve under him. So yeah he deserves to go.

Centurionone wrote: In Brazil they say " Americans are faster in assigning other countries' presidents! "
Funny, but It’s not like they are any less bad at picking their own.
morgan

I didn’t think he had a chance but maybe he has with this. Unbelievable really.

Not until the fat lady sings
phelen

Going to be the mother of all meltdowns
YLAup

YLAup wrote:
fudge.dredd wrote: I’ve got a LOT of money on Trump to win and to win BIG.
YLAup

I dont think you know what a libtard means
MrW

Just caught up with this thread from the last few days. As if Trump losing in the manner he did wasn't enough entertainment. 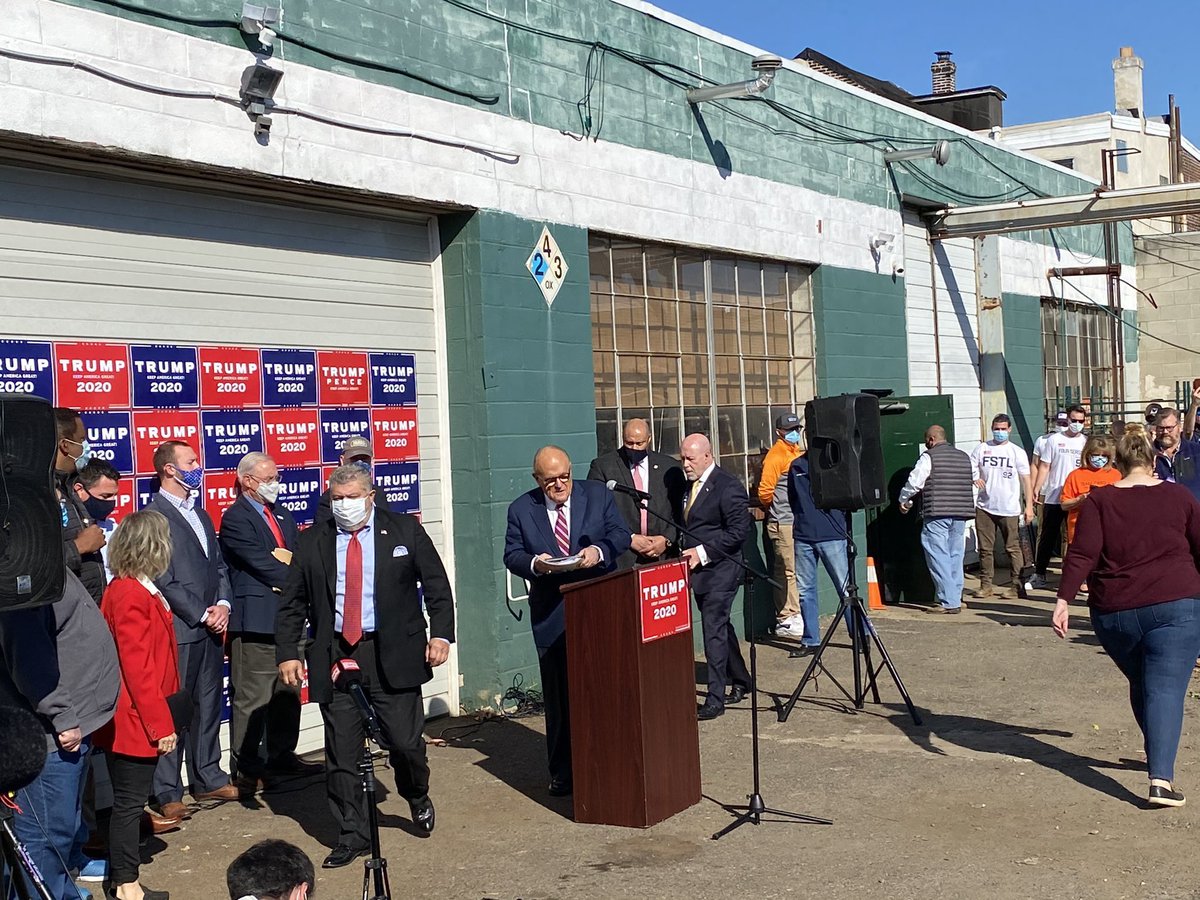 Trumps team was supposed to book the four seasons hotel in philly for his big post-election announcement, instead they booked the parking lot outside a local business named 'four seasons total landscaping'

they could have had this guy