Daily Mail wankers are at it …. 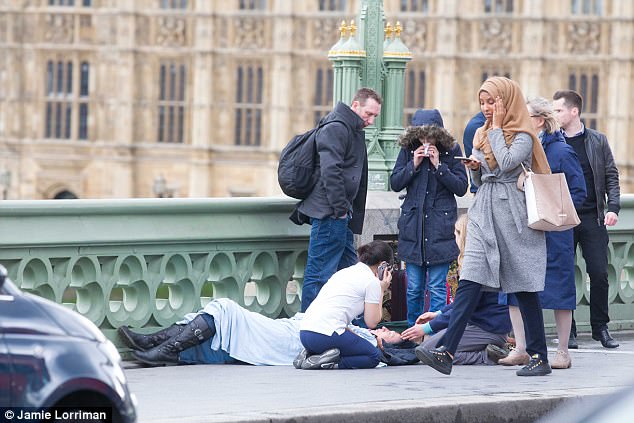 It's sad that many people didn't show concern and just walked by.
Dee

Tbf she looks pretty shocked and upset, I think that shot is easily taken out of context.
padawan

sodomgomorra wrote: Islam is the real victim here.
Why do you say that?
smith

More Three Lions Jihadi than IS. 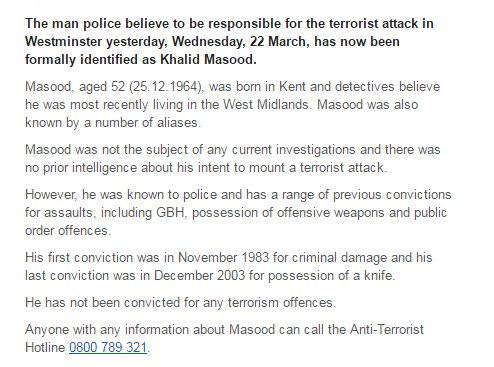 When guys like this kill, why are they usually not labelled terrorist?

Shame no one mentions that the Qu'ran clearly asks its followers to do this.

Just because the majority of Muslims are peaceful doesn't mean that the religion isn't violent at its root level.

Majority of Muslims are cultural muslims, just living based on their parent's cultural values, whether those are truly 'islamic' or not.

This all kicked off in 1979 with the Iranian Revolution and the 'call to arms'.

Islam is going backwards. Back to its violent roots. Back to the 'us vs them' mentality and it is this that is also making life harder for the average joe Muslims living in Europe.

"The problem with Islamic fundementalism is the fundamentals of Islam"."
Superprecise 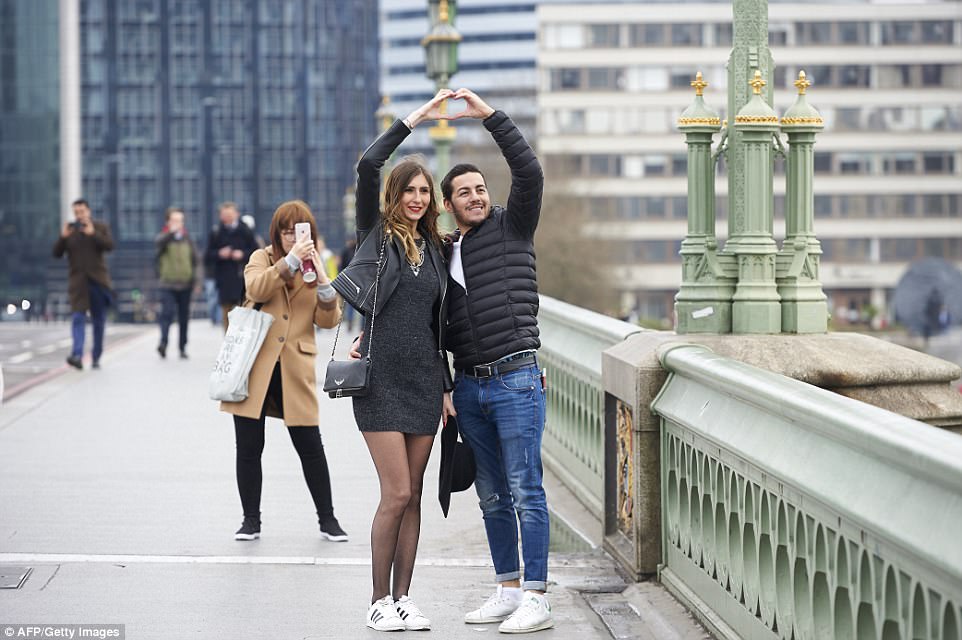 sodomgomorra wrote: Exactly. Goes to show. Islam is the real victim here.
Hope this is sarcastic, otherwise you don't understand that ISIS are the most Islamic of all muslim people, they literally follow the Qu'ran, literally.
fudge.dredd

Matthew Syed wrote a great article last year… I'll copy it here as I haven't got a link to the actual article but I did copy the text to read again.


Who are the real Muslims? Who are the bona fide, authentic, true-to-the-core followers of the Islamic faith? Now, that might seem like an easy question. Surely, the people who are Muslims are those who say, when asked: “I am a Muslim.”

But there is a problem with this approach. As you may have noticed, Sunnis, many of them, tell us that they are the real Muslims and that the Shias are impostors. The Shias tell us the exact opposite. The Sufis have a quite different perspective: they reckon that both the Sunni and Shia brigades have it wrong, and that they have it right.
Some Muslims are pretty ecumenical. There are moderate Muslim groups in the UK who say that Islam is a broad church. They say they don’t really have a problem with Sunni or Shia. But guess what? They don’t extend this embrace to Islamic State (Isis). They describe its approach as “a perversion of Islam”.
Barack Obama and Tony Blair have it in for Isis, too. Blair said that Isis possesses “an ideology that distorts and warps Islam’s true message” while Obama went even further, saying: “[Isis] is not Islamic. No religion condones the killing of innocents, and the vast majority of [its] victims have been Muslim . . . [it] is a terrorist organisation, pure and simple.”

But what is their evidence for this? Members of Isis say that they are real Muslims. They say that they are inspired by the Koran. They say that they are killing and maiming people because that is what Allah wants them to do. They talk about their love of God and the glories of martyrdom. I reckon that, if we are going to take other Muslims at their word, we should take members of Isis at their word, too.
You see, the idea of “real” and “false” Muslims is ephemeral. With something like science, people who disagree with each other examine the evidence. They debate, they argue, they perform experiments. Sadly, this approach is not available for religious disputes. People with theological differences tend to appeal to divine revelation and differing interpretations of manuscripts that were written centuries ago. This is a problem when it comes to resolving differences, particularly when those manuscripts contain passages that seem, on a cursory reading, to condone violence.

It is no good Blair or Obama, or anyone else, saying that Isis has got it wrong, or that it is distorting Islam’s “true message” because, when it comes to religious truth, there is no such thing as “wrong” — unless, of course, you happen to be the one person, one group, one faction, that is wired up to God. And think of the hypocrisy, too. Blair is a Catholic. He doesn’t believe in Allah (unless he is the same as Jehovah/Yahweh/the God of Moses). Nevertheless, he feels entitled to rule on the question of who are Allah’s chosen people. In other words, he is happy to second guess the views of a deity he thinks is fictional.
Other western politicians are engaged in the same duplicitous charade, as the philosopher Daniel Dennett has noted.

Senator Rand Paul, of Kentucky said: “I think it is important not only to the American public but for the world and the Islamic world to point out this is not a true form of Islam”.
David Cameron and Ed Miliband have also jumped on the bandwagon, claiming that jihadists are motivated, not by Allah, but by hatred. This is surely untrue. To a man, the jihadists say they are motivated by faith.
Instead of pontificating on who are the real Muslims, isn’t it time to acknowledge that the entire debate is senseless?

Moderate Muslims would not like such a stance, of course. They would hate to be told that their interpretation of Islam is no more legitimate than that of Isis. But the alternative is far worse because it perpetuates the idea that there is a rational means of figuring out which of the subgroups has a hotline to God.
This takes us to the elephant in the room. The fundamental problem in the Middle East today is not with the Sunni or the Shia or even with Isis. The problem is with religion itself. It is the idea of received wisdom, divine revelation, the notion that “I have heard the Truth” and that everyone else is deluded. This is the corrupting, anti-rational, distorting engine of religious violence in the Middle East, just as it once triggered Christianity into a bloody civil war.

Truth divorced from evidence (or anything that counts as evidence) is perilous. Religion is not the only cause of violence, of course, but it has a particular virulence.
Members of my family have argued for jihad, not because they are crazy or unsympathetic, but because they think this is the will of God. They think this because the Koran, a bit like the Bible, has elements that can (rather easily) be interpreted as authorising violence.

Christianity has improved its record on violence in recent centuries, but only because it has become less religious. The farther it has retreated from the idea of revealed truth, the less it has killed people who take a different view. Most Christians today associate truth with evidence, reason and other Enlightenment ideals.

For all the debate over foreign policy, this is the only solution to the bloodshed in the Middle East, too.

The man should stick to table tennis.
fudge.dredd

sodomgomorra wrote: The man should stick to table tennis.
Tell you what, go and try to live in an 'Islamic' country like Egypt, Tunisia, Qatar, Saudi, Bangladesh, etc..

Let's see who the victim is then.
TIMDOT

sodomgomorra wrote: Exactly. Goes to show. Islam is the real victim here.
Every post you make sounds like a gimp whose ball gag has fallen out.