The US do love fucking with planes. Steel beams and all that.
fudge.dredd

morning mist wrote: That was basically the only plausible scenario, anything else would have been suicide. So, congratulations?

The plane could also have been shot down by the US by mistake.
No congratulations - but the fact that most people were losing their shit and proclaiming the start of a war says it all. And someone on here said that shit was going to hit the fan.

And the US shot down a plane the day Iran were launching missiles? Hmmm interesting. And also why would Tehran refuse to release the black box?

How embarrassing that would be for the regime.
morning mist

They have done it before, in 1988. Not that I think that is what happened, Iran would be really fukcing quick in pointing finger if that was the case.
smith

When reading the news about it this morning it was quite clear to me that the plane had been shot down by mistake by Iranians. Having then later seen the photos of the wreckage and it looking eerily similar to the one that went down over Ukraine when a war was on it became almost crystal clear. Now I hear the black box isn't going to be handed over after declaring the plane suffered a malfunction.

I'm not big on conspiracy theories biut when you also have video evidence of the plane falling out of the sky already on fire, it's not hard to work out.
smith

Also I've just tuned into sky news at 9pm to get an update on this crisis and the headline is all about Harry and Meghan not wanting to shake hands with people in front of cameras for the foreseeable future. What the actual fuck?

Quick to blame it on a faulty / blown engine weren't they and conveniently refusing to hand over the black box also, if this was the case the pilot would shut down that engine and stop fuel flow to it and could easily fly on the one engine and turn around for an emergency landing at the airport, definitely more to this than meets the eye. Also the plane was only 4 years old so more or less new and had been fully checked only a few days prior
Dee

fudge.dredd wrote:
fudge.dredd wrote: Iran will (if anything) fire a few non-rockets, zero deaths, and they’ll lie on their state television that they’ve killed some Americans and chant their favourite “death to America” to save face.
This sounds about right then I think - apart from them possibly shooting down that Ukrainian plane and killing some of their own…

Iran is a joke. So funny.

Well there's your evidence, clear as day it was shot down by a missile, why the Iranians were so quick to blame it on a technical fault is shocking and now they're denying it was a missile…

What do people think happened with Carlos ghosn? First thoughts were he's a dodgy berlusconi looking slimeball but reading about Japan's history of prosecution of foreign national I can understand why he'd want to escape.
Mr.X.

Best news in a long time.

The man is telling me meat is "unsustainable". Why and how? I see plenty of it for reasonable prices. Then the man says it's not healthy. I say I eat it everyday and I'm a lot healthier than most pot bellied flatulant veggos who can't lift a steak. So he says anyway I have to eat "plant based" meat in the future. Why? I don't get it? Apparantly my governments science organisation is helping private companies develop this shit.

Something tells me it's actually just more Marxist bullshit where everything normal has to be destroyed and cows have to have equal rights to humans or some such shit.

"these plant-based meats are about equal in calories and saturated fat, and higher in carbs and sodium"

So cue more fat veggos with heart disease because they didn't eat lean meat like me.

Read this and I thought of Milspex:

Next you'll be telling me Andy Peters is gay
krisricey

krisricey wrote: Sky News sent out a fucking Breaking News alert for it
Yeah, bit over the top
quest

Nevermind the dude with the Coronavirus, this is world news. 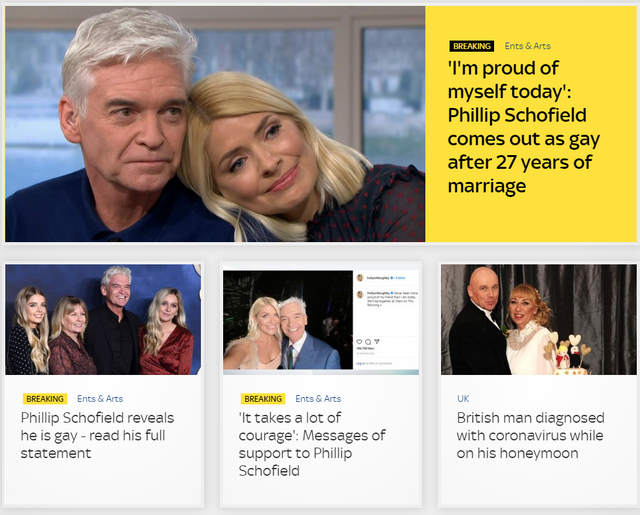