I almost created this. But then I didn't think it'd go on so much. No cross of st peter kong?

Farrell wrote: I know what I believe.
That's one thing, what I don't understand is the need for organised religion. Surely what you believe in is enough in itself for an intelligent person?

bresone wrote: but you believe in something which does not exist? Fact.
Can you prove that it doesn't exist?

troll wrote: I just don't understand why folk feel the need to follow and be guided in their life. I'm not saying everyone should lead because that won't happen but think people should think for oneself and question why? People should have more tolerance and understanding in one another's faith as a believer or a non-believer and should not have the others views stuffed down thier throat.
This is pretty much word-for-word my view on the subject.

andymakesglasses wrote:
Farrell wrote: I know what I believe.
That's one thing, what I don't understand is the need for organised religion. Surely what you believe in is enough in itself for an intelligent person?

bresone wrote: but you believe in something which does not exist? Fact.
Can you prove that it doesn't exist?
There may be fairies at the bottom of the garden. There is no evidence for it, but you can't prove that there aren't any, so shouldn't we be agnostic with respect to fairies?
andymakesglasses

There's plenty of evidence for fairies at the bottom of the garden, most of it dubious

If you take the position of agnosticism with fairies, then why not with gods?
stelfox

bresone wrote:
Farrell wrote: dude just because you quote something doesn't make it right. Use your own words. Can you possibly accept the idea that I'm not brainwashed and intelligent enough to evaluate things myself? Or is my belief now proof beyond anything else that I'm stupid?

Troll in my distilling of christianity I've gotten that the idea is that repentance of sins is the key to heaven. In my opinion that isn't reliant on belief, just the will not to be a cunt all the time and the realisation of a bigger picture (and I don't mean one that has to include god). But I don't know.

I might as well add that dogma isn't my strong suit, I don't know that any strain of religion completely fits with how I feel god.

Why use my own words when Dennet, Dawkins et al… some of the greatest Minds of our lifetime argue against any form of religion so beautifully and concisely. I simply dont feel i need to add anyhting else to it.

I feel (and i think you might agree) based on the last sentence of your last post, your personal feeling of a "a god" doesnt fit in with traditional Christian Theology. Maybe it might be worth delving in a to Dawkins book.

It's lazy, and a bit disrespectful to someone you're engaging with to just meet them with a borrowed quip. If I were better read maybe we could just trade quotes of Dawkins and Pascal (and the rest) all day. I think that my feeling may or may not fit with christianity, and the symbolism used in it, though I doubt it will fit with all of the dogma. That may be arrogance on my part or just staying true to my belief/feeling - I'd rather stick to the second. I haven't got anything against richard dawkins at the moment, especially his work on evolution (I'm not a creationist).

Is there an underlying suggestion to your post though?
stelfox

andymakesglasses wrote:
Farrell wrote: I know what I believe.
That's one thing, what I don't understand is the need for organised religion. Surely what you believe in is enough in itself for an intelligent person?
I really enjoy church (I go to a pentecostal service), though I haven't been going for all that long. Plus I want to investigate my belief, dig into it more. Organised church can help me with this and possibly get me more in touch with god/my beliefs and all that. Which I'd welcome. But I wouldn't create a thread or report on it in here.

Also I realise the power of music on emotions, especially when it's you performing. Singing something you feel always feels so much more powerful (usually gospel and blues for me) - singing in gospel choir is something amazing to me. The feeling in that is one of the best feelings I ever have.
andymakesglasses

But yeah, people singing together, especially with harmonies (and leads) can (I would say does but you never know) have quite an emotive effect. Some people don't seem to recognise it. I do, and do try to keep on top of what is responsible for what feeling.
louyork 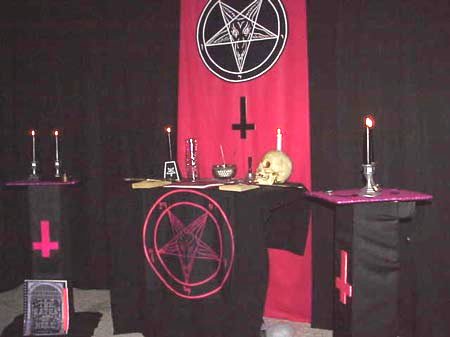 i chopped a slug up with a plastic spade when i was about 8 and i prayed to god afterwards saying i was sorry. i hope hes real…because if not i still feel bad about that.
Noble Locks

i dont believe in god one little inch, but i still pray to him whenever ive been in court and it looks like a custodial.

even kanye got it right.

any fukers who aren't christian or agnostic?
Guido

anybody with religious beliefs is a brainwashed idiot in my book.
EVERS

no word of a lie, at 05:11 this morning a massive thunderclap errupted right outside. the loudest I've ever heard. so much so that I literally leapt out of bed and looked outside thinking that the world was unleashing a mighty storm upon me.