Yeah and Nike running app does, and it’s always accurate compared with my garmin

If anyone's interested, considering moving on my FR935 later this month

Lost my Oakley's and am looking for a new pair of running/cycling sunny's - anyone tried Alpinamente? Any other recommendations?

Never heard of them but the company seems to have been set up by an Italian in Hong Kong.

District Vision are good, as are Rudy Project. You can also look at Electric, Smith Optics, Julbo and Bollé.

Thanks, Andy - had a pair of Bollè before the Oakleys and didn't rate them but hadn't considered Rudy Project (and haven't even heard of District Vision). I'll check your recc's out

I’ve got district vision, can recommend them

These are the sizing options on the Alpinamente…

It's not really as racist as it sounds, but could be worded better….

Some good deals on Garmins on amazon today.

Thanks Al. What’s looking like best value on amazon ? I’ve a basic forerunner 35 and want to upgrade

I've a 230 (same as the 235 but without wrist HR), and would definitely recommend. 735 seems a good price too but dunno if it's worth the extra unless your planning on do triathlons.

The 735 is a bargain. Never take mine off anymore (predominantly use it for running/cycling) and battery life is magic.

Kind of depends on what you what you want to upgrade for, but between the 735XT and Fenix 5.

The 735XT is a great running watch, but it's also a true multisport watch so designed to support bike / swim / other activities - might be useful later down the line if you do, or might start doing, other sports. You'll have more functions on the watch like virtual runner, custom workouts etc. and you'll get more data showing in Garmin Connect like running dynamics, training effect, VO2 etc. Sounds geeky but all really useful whatever level you're at. Released mid 2016 so in line for a replacement soon, but still a great watch. If you use heart rate for training, check the deal with the strap is as they're more accurate than on-wrist sensors.

The Fenix 5 is Garmin's top-end multisport watch, does absolutely everything, has masses of functions and throw out masses of stats into Garmin Connect. It's built like a tank for a sports watch with metal case back and bezel, some runners find it a bit on the heavy side as a result and prefer something with similar functions at a lighter weight, ie. 735XT. Was released mid 2017 so still a pretty new model, also comes in a smaller 5S size (42mm vs 47mm for the Fenix 5).

If they had the Vivoactive 3 in other colours, or you dig blue & rose gold, this could be worth a look. Newest of the lot (released mid 2018 ), syncs with Spotify and connects with bluetooth headphones so you've got music on the move, and has NFC so you can pay for stuff with it. Has optical heart rate sensor and be used for other sports such as swim & run, but it's not a true multisport watch so doesn't have the same depth of functions or data.

Thanks for the advice chaps. Will take a look 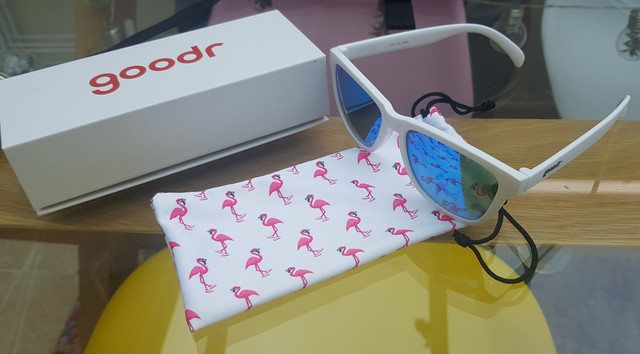 …can't go wrong (apart from with the colour, obvs) for a score. Pretty well regarded brand in the trail running community from what I've read.

Anyone get a London place?

Still waiting for the email. You get one figurine?

Did it in 2002 - atmosphere is superb and certainly worth experiencing. I've been accepted once since then but snapped my Achilles so had to withdraw.