wilks wrote: How much was the cap?
75
carl lewis

only one's I've seen so far are monied teens and Benji B.
kid unknown

any fit pics other than from store changing rooms?
Best

This is the only one I've seen, as c-stylez said its Benji B. Not 100% on it and definitely not at a grand

Tried the SI jacket collab on this weekend, more for the sake of it than for an actual interest.
Jacket itself is really nice imo, and quality was ok too considering where it's made. Fit though is really strange. As measurements suggest it's pretty boxy but you get away with it on the chest as the lining is quite thick. It's around the waist area that the jacket fits bad; it flares out around the waist as it has a really squared cut and it's pretty short too…not worth that much at all
Oli96 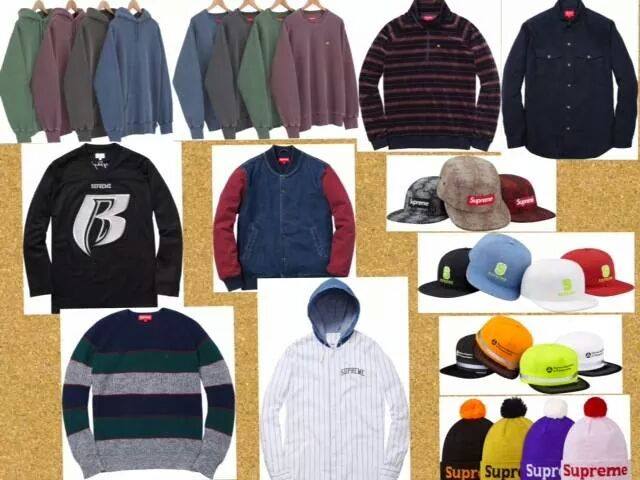 When ur trying to not catch ebola, but still look

anyone have an idea of the retail on the cardigan?
swede wrote: that cardigan is awful, not sure if youre being serious
yeah i'm serious. was hoping it would drop today. any idea on retail?
OrnetteC

This one went quick:
http://www.supremenewyork.com/shop/jacket/wool-overcoat/camel

When will the chord jackets drop? Any ideas? Getting too cold to wear them soon…
Ricer

Grabbed the reversible Champion jacket myself, only thing I wanted from this season
jspaczynski

Ricer wrote: Grabbed the reversible Champion jacket myself, only thing I wanted from this season
agreed camo piece is the one
Ricer

Yeah that was the one I nabbed, was nearly an hour later at 12 by time I got the order through.
Visa card failed twice for some reason which never happens to me, went with Paypal & it went through….then when I checked out the site 10mins later they were all sold out
Alfie1