Jordan come back to the team. 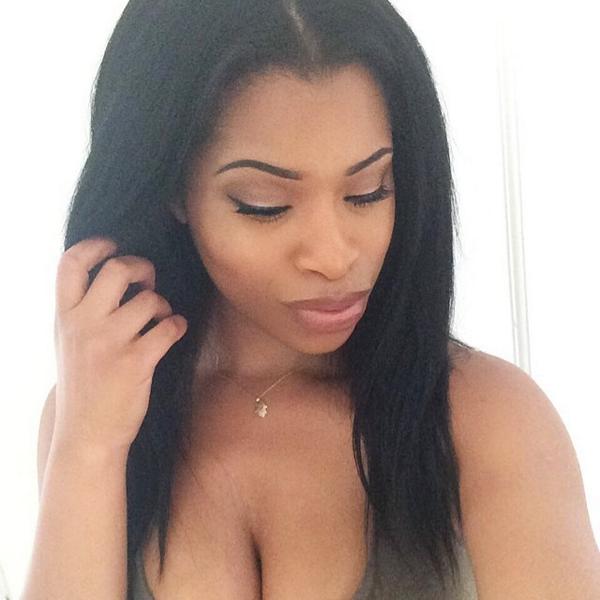 Not with that nose and them wavy ass eyebrows
morning mist

Can hardly compare a pointy elbow to a nose. Never liked that when the tip of the nose is low and nostrils high and wide, if she weren't looking down you could see errything up there… Fuck it add me to the pointy elbow club
Burt

Pointy elbow club's the least of your worries, son. That response is unbelievably crass.
Kadafi39

How is that crass? Didnt mean it in a racist way at all, just something that i don't find attractive, unfortunately so much so that it can be a deal breaker for me.
Sebastian17

Kadafi39 wrote: Can hardly compare a pointy elbow to an ape nose. Never liked that when the tip of the nose is low and nostrils high and wide, if she weren't looking down you could see errything up there… Fuck it add me to the pointy elbow club

Not racist at all… Its just a feature i dont find attractive, infact its hugely unattractive to me, regardless of the colour of the woman… Gonna edit my post anyway, can see how people may take that offensively, but did not mean it in that way at all, was probably abit of a short sighted comparison!

But on the other hand would it be racist if someone said they liked black women's lips, or didnt like them? I personally don't think its racist to have preference for features that are more prevalent or not in different races. Its just a personal preference and subjective, which attractiveness is.
Kadafi39

This woman has the nose of a gorilla, anyone find that offensive or think thats racist?
Superprecise

I know what i said! If ape's were white no one would ever think thats racist. If it was a white woman with that nose or the asian woman above and i said the same thing no one would think it was racist. So how is it any different just because its a black woman? I dont think it is, had nothing to do with her skin colour or her race, it was purely about the nose, so what am i racist against noses?

Everyone just jumps on the PC bandwagon, i agree what i said might not have been politically correct or racially sensitive, but don't agree its racist at all.
Jimmy326

Would give her my banana.
Kadafi39

lol stop it your making it worse for me! dont get me wrong, shirley and the asian woman above would both get it, even though she has the front teeth of a mule, (hope that's not racist to asian's with skin tones similar to mules), was just saying sexiest woman in the world? nahh!

Say that to anyone on the street and you sound like a racist. But lets not call it that, lets just all be safe in the knowledge that you're a cunt.
deuce