General Discussion: The 'These days, if you say you're English you'll be thrown in jail' thread

Yep, if I'm eating them then would rather they have a humane death. Not hard to understand. I also volunteer and donate a lot to various animal charities. Probably do more than you so shut up.

Not sure what second comment has to do with that.

You're spot on mate, bet all those chickens you bought from Subway before those Islamists came in and destroyed the country had the best life ever.

Heard a lot about how processed, cheap meat that gets shoved in your sarnie was actually reared in the most sanitary conditions before halal. It's them dirty muzzies with their backwards, brutal ways that changed it all!

First they start beheading our chickens. Surely our children are next?!

Well that was obnoxious - Not sure how you've decided I'm the same as those Britain first nutters because I care for animal welfare but do go on.

And what about the fact that these animals are raised in absolutely awful conditions for one purpose? Slaughter. That meets your "humane" standards? lol

Rez is spot on, you only give a fuck because it's da m00zlamics and their ray guns.

I'm not even a veg so don't give a toss about eating animals, but you're talking shite.

edlo have you ever been to a jewish deli and had a nice pastrami bagel or reuben on rye?

no rickrude or deuce posting in here yet? resident racists

Just seems really suspect that you would have been fine with subway chicken before halal when it would obviously not have had the best welfare, but suddenly you're up in arms because of the method of its death.

If animal welfare bothered you that much then you just wouldn't eat meat, or eat less meat, or better meat only, therefore halal being introduced in chains shouldn't really bother you at all.

Okay well I'm glad that I've learnt I'm racist because I disagree with highly inhumane methods of slaughtering animals. I obviously do the latter. I don't believe halal meat should be pushed on non Muslims because there is no reason to be eating it if you are not a Muslim and it is a highly cruel and inhumane way to slaughter an animal in this day and age.

Edlo how about you do some actual research into halal instead regurgitating some outraged opinions you've read in the Daily Mail ? Stun guns are traumatic to animals. A part of halal is ensuring that an animal isn't slaughtered in the sight of another one, which is obviously much more humane given that the animals aren't all freaking out being zapped around each other
Battery farmed Subway chicken is infinitely worse for the livelihood of the animals, shitting all over each other in a tiny cage.

here is a short unbiased video which follows the halal process, where you can see the respect involved in the process


EDIT: this is your more dignified way of treating animals

I don't even read the daily mail. This is such an odd conversation with the huge amount of assumptions being made about myself purely for holding one opinion.

Yeah but it's a garbage opinion, and you're not listening to anyone suggesting you might be being a bit wrong and hypocritical.

Instead you've decided that we're calling you racist -

No one was calling you racist mate - merely suggesting that you've swallowed some rhetoric without really thinking about it or doing any research.

Do you really want to be sharing this opinion with the britain first lot? 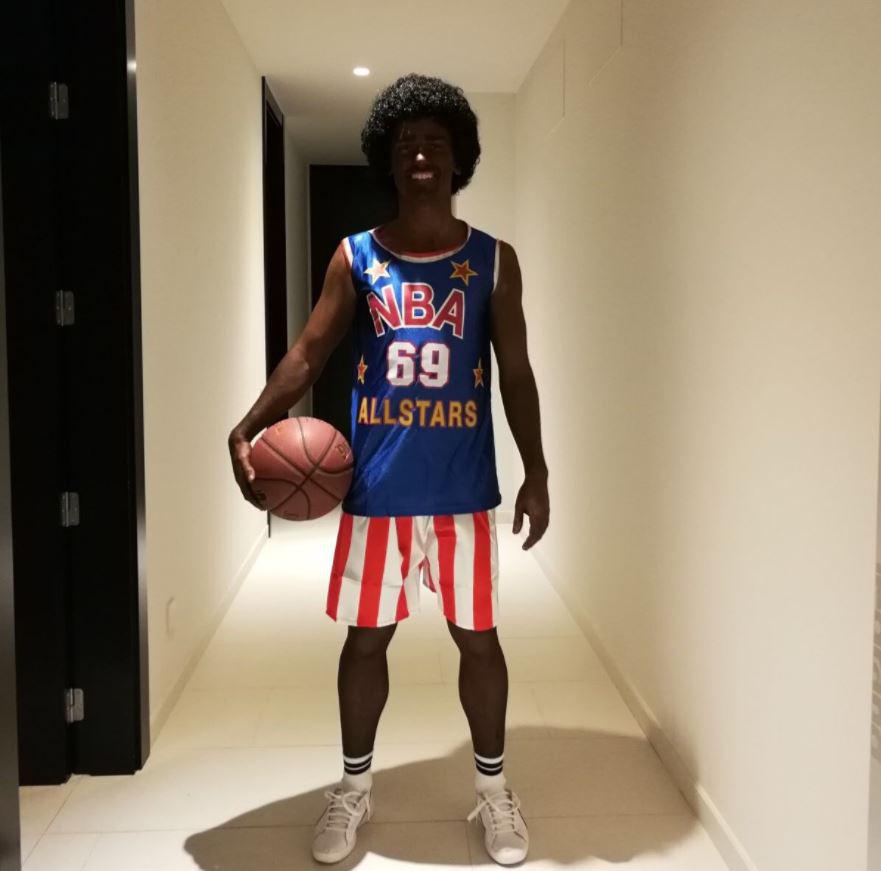 It was just fun on his part, dressing up for an 80s party. Why would anyone take offence? MJ went from black to white till his deathbed.

People need to understand context. Mickey Rooney played a Chinese man in breakfast at tiffany's and people are so offended. It was a romantic comedy. Wayans brothers can do what they like though and that's okay.

Thanks for keeping this in the appropriate thread X, appreciate it.

Yes rez. The real reason for this thread is your ego. Instead of taking MIL's comments about the new star wars in the last film thread on the chin you decided to make an entire thread to appease yourself.

Have you ever blacked up X?

I wouldn't dream of it but I can see why someone foreign and ignorant in countries like Spain might as a joke.

I do find the above blackface funny because its antoine griezmann, high profile footballer doing it. To be honest would still find it funny if it was a regular person but because its a joke. It just makes me laugh and I know that's very wrong and hurtful to some black people but it isn't intentional. Everyone get's hate, just from what they do or how they look not just from the colour of their skin.

So do you reckon the hurt to black people is worth it for the laugh then?

I don't think you can generalise like that. People are all different it depends on the person but in the case of blackface I'm laughing at the white person not the black person so if I'm indirectly hurting the black person with my laughing then that's ok.