That lass who replied to Joey Barton with 'why don't you ask your brother or dad.'

It's good to know that our footballers spend their down time arguing online with Dean Gaffney and the cast of ITV2 reality shows.
Noble Locks

BOOKSTORECORE wrote: It's good to know that our footballers spend their down time arguing online with Dean Gaffney and the cast of ITV2 reality shows.
they are on a 2 week holiday to be fair. but i do think this will lead to warnock banning twitter though.
Noble Locks

Joey7Barton Joseph Barton
Where are all these TOWIE maggots, am ready to obliterate them now…….come on, lets have it. #helmets
30 minutes ago
mr.white

he is abusing so many people

@deangaffney1 You'll always be Robbie Jackson, a street sweeper with a mutt called Wellard, remember when you degraded yourself on Extras?

@denise_vanouten come on Denise, i dont want to get after u as well, surely its not what u want??? Let u have a freebie before…..

who is that aimed at?

quite entertaining. annoys me that joey b thinks he's some sort of intellectual

JBcommentator John Bradley
by [email protected]
@Joey7Barton have none of them shared their thoughts on the financial state of Italy or the current turmoil surrounding Dagestan yet ?
Noble Locks 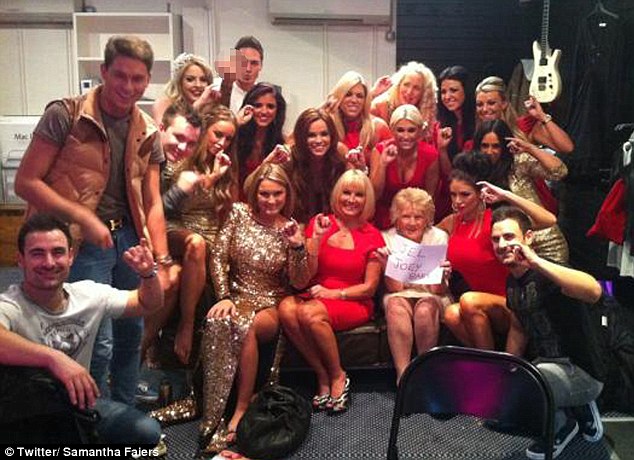 just discussing it on the wright stuff
mr.white

Noble Locks wrote: but i do think this will lead to warnock banning twitter though.
To be honest I think Warnock is the only manager that would let it carry on. Would probably encourage it amongst his team

this cant and wont go on unpunished.

Joey7Barton Joseph Barton
I know what I'd like for christmas……….Does Santa do death? #TOWIElemmings
13 minutes ago

Joey7Barton Joseph Barton
Hoping they do next series abroad, somewhere near Bermuda triangle! Fingers x every last 1 of them disappears, bonus if they suffer 1st…..
43 minutes ago
Burt

Being stupid and bored shitless is a dangerous combination.
DuffMan

Joey Barton and Mark Wright are going to have a charity boxing match, apparently.

Off point use of 'veto'
smith

Always thought he was a bit of a bellend. This proves it