Hodgson to liverpool very soon, very good for them to steady the ship.
m00nsafar1

mr.white wrote: di maria to real. shame he didnt come prem. di maria on the left, ronaldo on the right. i feel for the spanish defenders
we were on the verge of signing him a couple of years ago, got this guy instead

CrapKraftDinner wrote: Hodgson is not going to Liverpool, I can pretty much say that with certainty. He'll only leave Fulham for the England job, which, unfortunately, I can see him taking after the World Cup.

Could never begrudge him that, I mean, he could twat me round the head with a cricket bat and then piss on me whilst I'm unconcious on the floor and I couldn't really begrudge him that either. Utterly ridiculous what he's done with us and thanks to him I've been able to act like an utter idiot on the continent with my mates four times this season. And I'll be doing it again in less than a weeks time, how we've got this far I don't bloody know.

Benayoun to Chelsea in 3 year deal.

Certainly not one of the summer transfers I was expecting.
india

do you read the scores out when sky soccer saturday is on?
Noble Locks 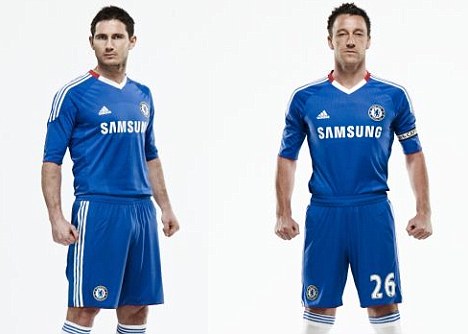 So chelsea fuck off 28 year old Joe Cole because of high wages yet spend 6mil on 30 year old Yossi who's probably on not that much less. Are they deliberately trying to assemble the oldest squad in the prem?
unCouth

as i understand it, it was Cole that wanted to leave. i don't think Chelsea had much say.
Slam Dunk

Joe Cole wanted first team football and £100k a week, Benayoun is a squad player and is being paid less. Abramovich wants to make sure the club is sorted financially. Also Chelsea have invested heavily in the youth squad and 5/6 of them will be in the first team squad next season.
Noble Locks

hes not an iron then. and hes bringing it up as the sole parent as well.

Having a kid don't make you not an iron if it even exists.
troll

I thought that it what it meant

So isn't just me that thinks he's a shirt lifter!
Noble Locks

if its true that toure is on 250 grand a week and 55.6 million over 5 years i think its safe to say that this is the start of the demise of the english premier league. its going to implode and be fucked.
hes not even that good.

apparently adebybudget is on close to 200k, so i can believe they would have to offer tier 1 players exta (silva, toure) a fair bit more than a champions league team just to get them to come to man city.. plus the tax here is rotten so there's that too, from what i read he's on less than adebybudget at the moment but gets an increase to over 200k when the 50% tax break comes in.