I agree he is entertaining, but the bias the UFC have for him is just lubricious. I don't think any one in the history of the UFC has gotten the treatment he has. Anyway can't wait for tonight, but I do think Conor will win.
Kadafi39

But he has bought more hype than anyone else that I can recall, and Dana is all about that paper.

He is entertaining, but his trash talking is becoming tiresome now and Mendes comes across as a genuinely nice guy, I'm with Mendes.
Seventyfour

Fuck only knows how they are going to pay the bonuses, every fight was great! I feel bad for Pickett though I think thats his 3rd loss on the bounce so probably getting cut. Feel bad for Rory too had Lawler hurt bad and should of finished him.
Conor's a beast but needs to work on his ground game, Edger will be tough! he looks like the media obligations took a lot out of him this time, I was reading a write up the other day where they said he was doing to much, and he said it himself then. I only saw the Brown fight from the prelims so looking forward to watching the rest later, great card.

fuck, the whole event was great. In the top ten best UFC events no doubt. Pretty much every fight deserved FOTN bonus
Seventyfour

Yes the guillotine escape was good but I think if Mendes hadn't tried for it, he could of laid on him for the rest of the round throwing elbows n shit!

I wonder if Dana took 3.5 mil bet with him?
LFC

Said he turned down the bet didn't he?

Amazing night. McGrogors nod to Mendes just before the stoppage like "Yeah you're feeling them son" then the left was perfect.

Felt a bit sorry for MacDonald but Lawler was just a beast. Guna watch it all again later

Mendes gassed that was clear, Mcgregor can take a shot though. Great card, that Lawler v Mcdonald fight!!! thought it was going to be a stinker after the first round
phelen

Hype is real though.

Anyone got a torrent/stream for last night?
here if anyone else is looking http://weekendmma.blogspot.co.uk/2015/07/chad-mendes-vs-conor-mcgregor-ufc-189.html
sydneyking

Seeing macdonalds pics from after the fight and in the hospital was pretty tough, I appreciate these are the risks they take as a fighter but still. Got to hand it to him though, with a broken nose and foot that's probably one of the greatest performances I've seen in or out of the ring. Hope he heals up quick, that's there's no long term damage and that the ufc take care of him financially
Seventyfour

Lawler's lip was nasty too

Who got the bonuses?
gawkrodger

don't know any others
gawkrodger 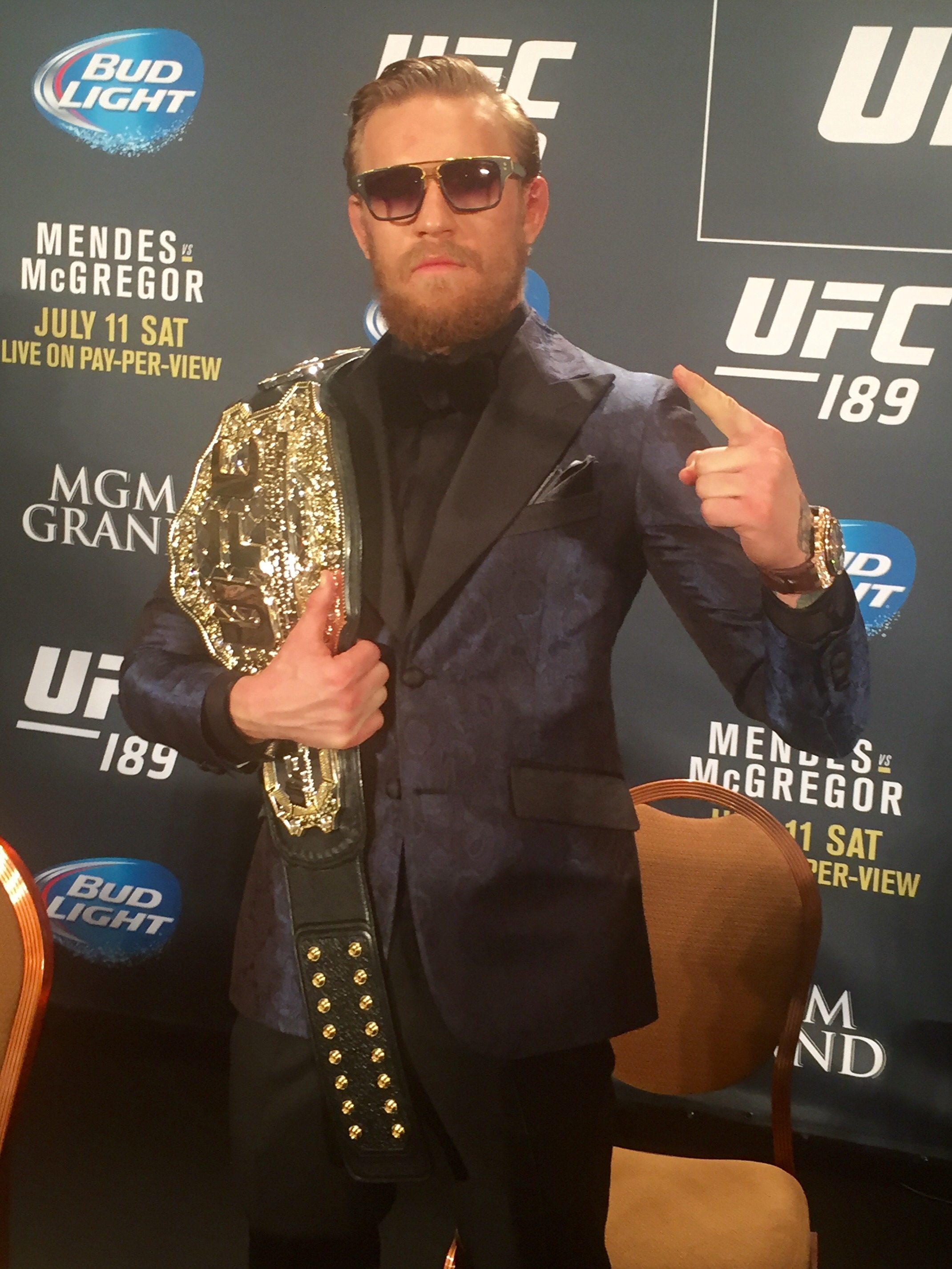 excitement in the crowd is electric.
gawkrodger

Nice vid Ricer, watch it about 3 times yesterday with no idea it was yours!