I agree, I think it'll barnstormer at 55. Nate needs to start much quicker
padawan

and needs to stay of the pipe
gawkrodger

gawkrodger wrote: and Conor needs to get rid of those atrocious glasses he's taken to wearing 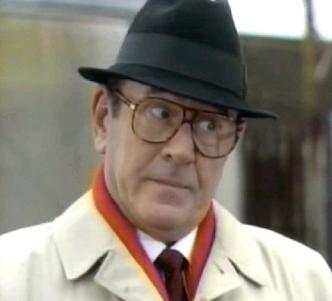 I wouldn't say that to his face
emixam

1st time I watched the fight I was like Nate got robbed, after a 2nd watch, I agree with the final decision. So close though.
sydneyking

Literally just re-watched it myself, 2 and 4 were the rounds i had to most closely re-watch. I agree with the decision too. I wonder if all the press commitments took something out of Nate? Conor had a gameplan and stuck to it so fairplay to him.
JustinCredible

I thought Conor just shaded it but he almost let Nate back in and it could have easily been called a draw.

Nate's superior cardio kept him in it and it was apparent Conor was never going to knock him out despite landing some of his biggest shots and dropping him repeatedly, shots which would have put pretty much anyone away at 155.

Best fight I've seen in 2016 since Lawler vs Condit
sydneyking

Maia is a tough fight for anyone at 170
gawkrodger

Rory MacDonald has just left the UFC for Bellator
sydneyking

fair play to him, if he can make more elsewhere. Big loss though
Seventyfour

Condit will do Maia easy I reckon.

Gutted McDonalds left, Bellator is so shit to watch, no HD poor camera work and the most patronising Comentry I've ever heard
gawkrodger

Seventyfour wrote: Condit will do Maia easy I reckon.
I think Maia is potentially a really bad match up for Condit (though he did manage to fix some of his glaring errors/weaknesses against Lawler)
Seventyfour

Possibly, but I reckon he'll stuff Maia's take downs, possibly catch him with a big knee on the way in, that said, he can take a couple rounds to get going, so if Maia can take advantage maybe, but my money would go on Condit.
Has Condit ever been submitted?
gawkrodger

yes, he's been subbed before, and Maia has possibly the best BJJ in the UFC (only other contender is obviously Jacare).

Condit is also really not known for his TD defence (he has something like a 35% TD defence success rate). If he does his rushing in strikes he will lose. When Condit loses, it is traditionally to grapplers.

Other benefit for Maia - he doesn't need to complete TDs to get to where he needs to be - he will often shoot for a single and end up using it to pull guard (hence why his fightmetric TD % is surprisingly low as he isn't strictly completing the TD) and quickly sweep.

I think the big question is, as mentioned above, to what extent Condit has fixed his flaws - rushing in striking, defensive footwork (lack of), failure to return to striking guard after throwing kicks etc (and he was showing very noticeable progress in the Lawler fight).

will be an interesting fight