the manager was a complete and utter cunt.
i was asking him if there was trousers available and i was just asking if they made trousers in the same material/colour. he was swearing down blind that they didnt and it was a limited edition jkt and he knew this and he knows everything blah blah.
i was asking for the head office number or the regent st shop number just so i could make sure they didnt have trousers, he took proper offense to me asking. so anyway i didnt buy.

i did buy an aquascutum suit a few weeks later from selfridges and i just asked if they had the trousers, the woman went straight downstairs and got em.

It's such a longshot as I seem to post this up every few months, but this in a 48 please. 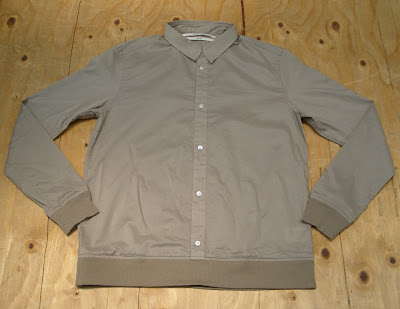 I'm tempted to buy Kingmob's but I'm worried it'll be too big.
Coldsnap

BOOKSTORECORE wrote: It's such a longshot as I seem to post this up every few months, but this in a 48 please.

I'm tempted to buy Kingmob's but I'm worried it'll be too big.
yea I want this too, does anyone know what size would fit a 19" chest?
staygold

Looking for a Gap white oxford button down in size small. None in Manchester but XS and medium and above annoyingly. If anyone can pick one up will be very grateful!

Need a decent suitcase for this summer - something big and protective. Had a look and I really don't wanna spend the going rate, missed out on a muji hard case and just been outbid on a samsonite last minute. Both went for roughly 60 quid. Anyone have anything they wouldn't mind getting rid of ? Would be doing me a huge favour. If not, anyone know anywhere I can pick one up cheap ?
Noble Locks

Always got decent samsonite hardshell ones in the maxx for around an edge note. Got one about five years ago and its still as decent as the day i peeped it and scooped it up.
Malik

I was thinking the maxx, they have quite a few knocking around in the one in Manc too. Would still prefer a second hander tho
selkiefolk