Menswear: What are you wearing 2020

Quite like that last one Mil, less weasel faced from afar.

krisricey wrote: Penton, I wanna hate you, but thats a nice looking fit

13 year old at the skatepark

Yes. Was joking but realise now that the sarcasm was poorly written.

13 year old at the skatepark
Tbf could be Topshop

krisricey wrote: Yes. Was joking but realise now that the sarcasm was poorly written.
Ooft the backpedalling

Swede definitely the Pied Piper of the provincial chuds on here

pentonville wrote: Good look on the top half^^^ 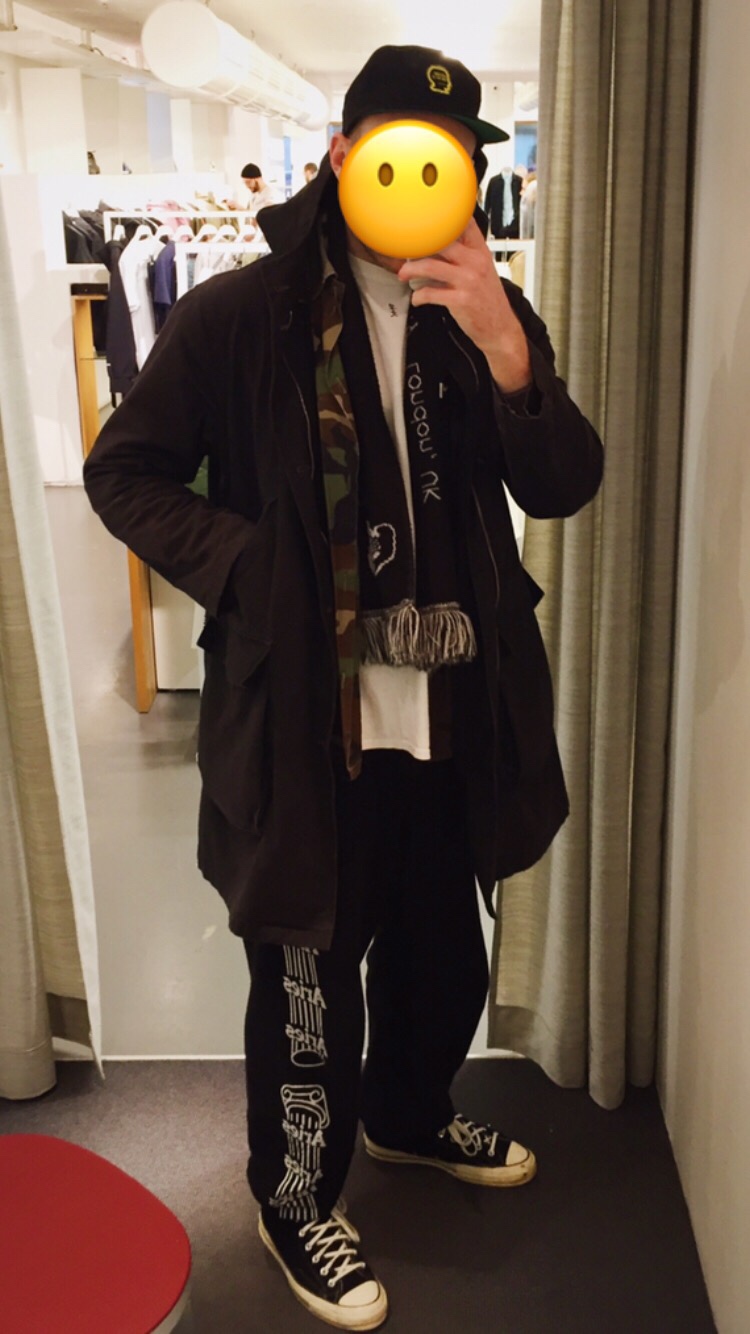 Why is always the case anything more streetwear or not so norm gets a lot of hate on here? Personally I wouldn't pull all those items off together but I think it looks alright.

It’s just the vibe of fuk, isn’t it? If half the “amazing” fuk fits were posted in the CM section of styleforum they’d get rinsed.

I like the variety the fit brings, it was only a half dig as it's genuinely annoying to not see items listed

Tony wrote: Why is always the case anything more streetwear or not so norm gets a lot of hate on here? Personally I wouldn't pull all those items off together but I think it looks alright.
Same, not something Id generally wear but it looks decent on him. Theres just certain looks and brands on here that are accepted.
I personally think Vis FBTs look shite but they get so much love on here.

didnt know we had Sox on the forum

bikes and planes was a good track, big fan tbf

pentonville wrote: Didn’t chat used to be haram in this thread… just pictures with a separate thread for anyone wanting to give wholly unqualified advice about how they think someone would look nicer in shoes than trainers
Nah I think the 'pics only' was about not just listing items and leaving it to peoples imagination.

This was posted 12 years ago and seems relevant still

Rirawin wrote: Can I just start this thread by saying…

There's a difference between constructive criticism and just ripping the piss out of someone.

I think when you post a photo on here, you are opening yourself up to criticism and judgement. Fashion is subjective. Not everything will please everyone.

I think it's good that we get constructive criticism from people like seenmy. I wish there was more of it.

There is a difference from saying; "You know what, I don't think that backpack goes well with that hoody…" than saying "LOL you look like an attention seeker with that backpack". Because lets face it, the latter is a bit of a personal dig at that person.

Which leads me on to the next point. Witts does receive a lot of abuse on this place. No circle jerk here, but I've met Witts in person and he really is a nice chap, I don't think there's one post made on here from him which labels him a "cunt". So he doesn't deserve it. Like I said, constructive criticism is fine, but personal insults is lame.

On a positive note, it's refreshing to see such a diverse collective of styles on this forum. There's so much distance from say people like Milspex and Witts, to people like Homer and Michael. Also, during the course of the last thread my look went to shit, ill try and recapture whats been missing and knock the pedo 'tache and shorts on the head

Crackajack wrote: An appeal for calm and civility on an internet message board
No one is any more dignified for being here. At best you’re complimenting a middle-aged man on how nice he looks in jeans and at worst you’re prattling on about a non-existent £90 supreme tee because you have no meaningful connection to anyone around you. Positives on this board for me are the holiday/city recs and the classifieds which remains good