Trousers need to be hemmed or something, look too skinny.

Reminds me of this for some reason

Murakami wrote: Yerrrr thats what I meant but inarticulate as ever

Seems a waste to chuck away a decent polo away that cost 90 quid or something, might try a drapey vest underneath to try and deal with the length issue. Always do this with a band tee I have and it looks fine as long as somethings hanging down covering the belt buckle.

Know what you're saying, but imo, that's the way diors are supposed to be worn, supposed to have stax to the max, getme
seenmy

if you like the stacking you should look in to getting a pair of j cut jeans,it gives a better effect than just a pair of jeans which are to long.
Trii

jordans stacking looks fine to me, i think they look immense, but bun the jumper. (no high street snob, i just really dont like it cos it looks what it is, and thats a 20 quid jumper)
olegs looks cool as, but dont think the white shoes go, needs fbt's or dark versions of what you got imo. 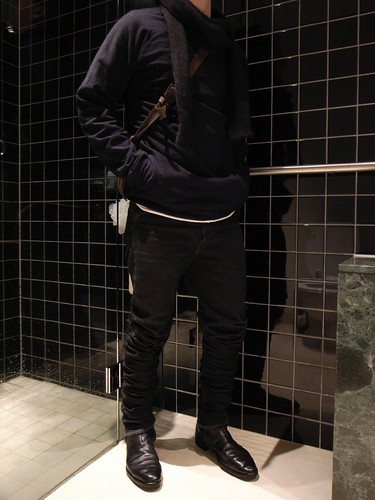 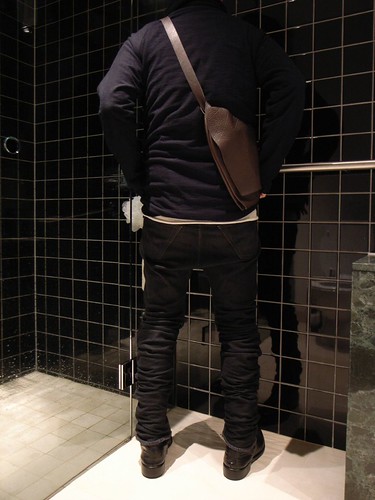 I think he's talking about these Noble. They are literally cut in the shape of a J. Agree with Seenmy though, the whole look looks a bit like young kid in older brothers clothes. (I know this holds little validity as I don't contribute to this thread but still)

cheers for that man, i seriously didnt know, but i prefer jordans by about three million country miles. j jeans for the lose imo. look so contrived.
do not want.
seenmy

basically the pattern for the legs is cut as a curve rather than a straight seam so if you laid them on the floor the shape would be simular to a 'j' this shape makes the pant itself wrap around your leg and in my opinion gives an interesting stacking effect,il do a pic of mine later
seenmy

i cant see how that looks contrived the pant is cut to give that effect where as jordans are just extra long and in my opinon just look to long as they are almost standing up around him. above are the same jeans i own for reference
bill

The above jeans look great imo. Not sure on the back pockets though.

Got a web link, more info?

i just like it on diors cos it looks natural in its wrongness. i dont think id like to buy some jeans made to do it if you get what i mean mate.
its just a personal taste point of view, im the sort of person who just likes to put clothes on and let them do what they do.
seenmy

fair enough,I was more making the point to jordan as its obviously a look he is going for,so its just giving him a next step to explore product wise if he wants to,Im not trying to get him to do a candidate on us but for his look (based on recent fits) he could find some interesting items that complement his style. 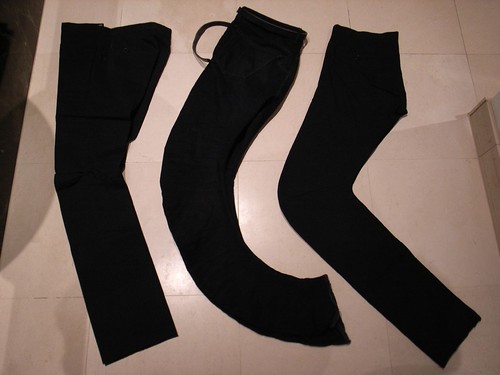 Someone on Sufu was making them for awhile, might have stopped by now though.
MrBigStuff

levis red did an interesting version too…
never been able to try them on so never bought….
wish i had tho.
haku