Womenswear: (f) What are you wearing today, pics only (Women's edition)

Other pic top half granny, bottom half hooker/sectretary.
Boggles me why any girls might be put off
Isn't he gay though?
Since when did someones sexual orientation begin to invalidate their opinion of fashion?

Mr X wrote: No, but I wear some gay clothes.

Jordan, I realise you're a randy young man but there's no point beating around the bush or trying to butter up the crumpet. People should write what they honestly think regardless of the sex.
I'm far from one of the resident groomers, but insults don't encourage new people at all. Constructive criticism is fine.
I still think we need one united thread
subfunktion

You look cute Alice. Don't worry bout x, he mad cos he's cross-eyed and doesn't get any girls.
alicefghijkl


oh and sorry i didn't read back far enought but i have now, hello other alice!
Mr X

subfunktion wrote: ^Spot the fag.
I'm not gay, i just have a sense of decorum… Unlike yourself

My Sexy Stockings and Shoes. 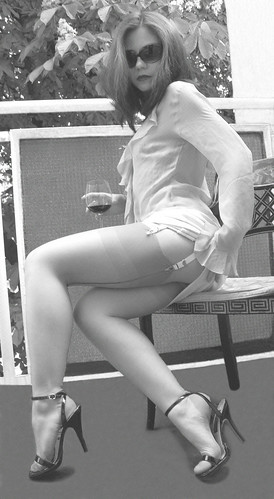 Thanks Russ yours look really cool to.

How much for incall?
deuce

can almost see what you had for breakfast…

How are there still leaves on the tree at this time of year? (confused in boxroom)
Noble Locks

Jordan wrote: can almost see what you had for breakfast…

Jordan wrote: I'm far from one of the resident groomers