Menswear: What 'Claire Rayners' Are You Wearing Or Feeling? (pics only)

eazypz wrote:
a wrote: Not sure but they may release in store today in london? Shame you’re not a 10 or I could’ve helped you out!
If you’ve got a 10 going spare I’ll take them?
Happy to pay extra, resale on these is too much to pay!
Sorry saw this too late, someone I work with wants them. If they decide against I’ll drop you a message though.
Doogan

NBs are the most comfortable sneakers for me. Always like having a couple MIE/MIUSA in rotation.
eazypz

a wrote:
eazypz wrote:
a wrote: Not sure but they may release in store today in london? Shame you’re not a 10 or I could’ve helped you out!
If you’ve got a 10 going spare I’ll take them?
Happy to pay extra, resale on these is too much to pay!
Sorry saw this too late, someone I work with wants them. If they decide against I’ll drop you a message though.
No worries pal, just realised my current pairs are 10.5 UK anyway!
Did anyone else have a spare pair of the 990V3s? or the AML 550s?
Gizmo

Spare pair of UK10 990v3 up for grabs if anyone wants them, if not, will return.
sssssteven

This (to an extent). NB have always been expensive (as their advertising over the decades tells you) but you could still see a relationship between cost, materials and build. There's no way a trainer produced in contemporary times, in major factories, should be costing £200+.

It must have been around 2014/15 when they really started pushing MIUSA with the reintroduction of the OG 990, the 997 etc that shit started to really ramp up price-wise across the board. I remember buying the last release of Flimby-made 1500 UKGs in 2010 and they were around £100—would be almost double that now.

Thank fuck they've sorted out the shape on the 1500 and 577 now though—Flimby were releasing some bottle-nosed dolphin shit for years.

The NB hype is always cyclical, just feels like everyone is on the 990v3 upwards at the momeent (The v1 and v2 seem to still be readily available—shame, my two favourite 990s and I've hooked up the Teddys too).

I do think this is part of a wider discussion around the cost of retro trainers though.

generic_guy wrote: You'd hope the materials were better given they're about double the price.

I like NBs but get annoyed as they used to ALL be MIE/MIUSA and good quality, then suddenly the quality is shit unless you pay 3 times the price and then you can get a decent pair.

It's not that different from the way other sneaker firms work just that NB were decent value after Nike and Adidas went to shit quality so annoys me more.
sssssteven 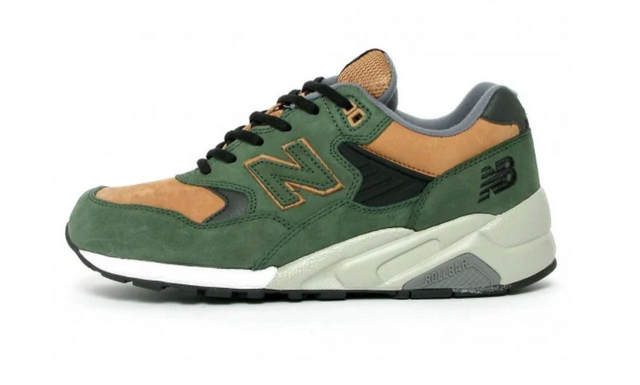 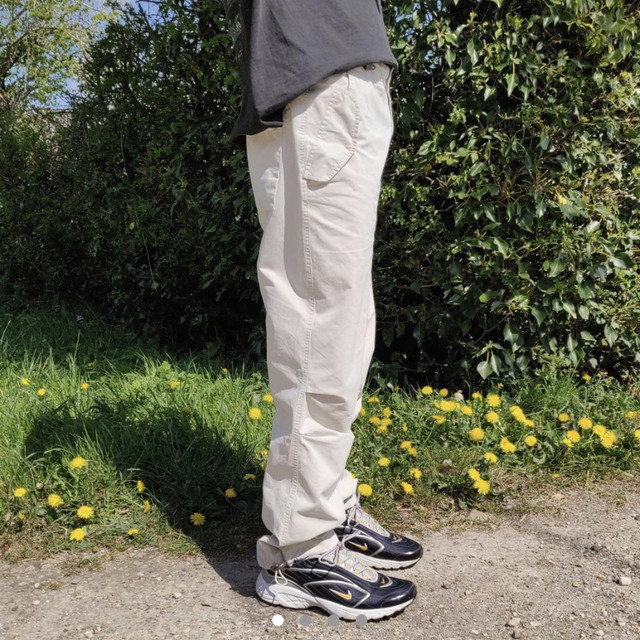 Good post ssssteven, I'm bad with dates but remember buying a couple of pairs of 575s years ago, price was on a par with Nike but MIE and quality was miles ahead.
Do like these but not sure I'd have paid full price 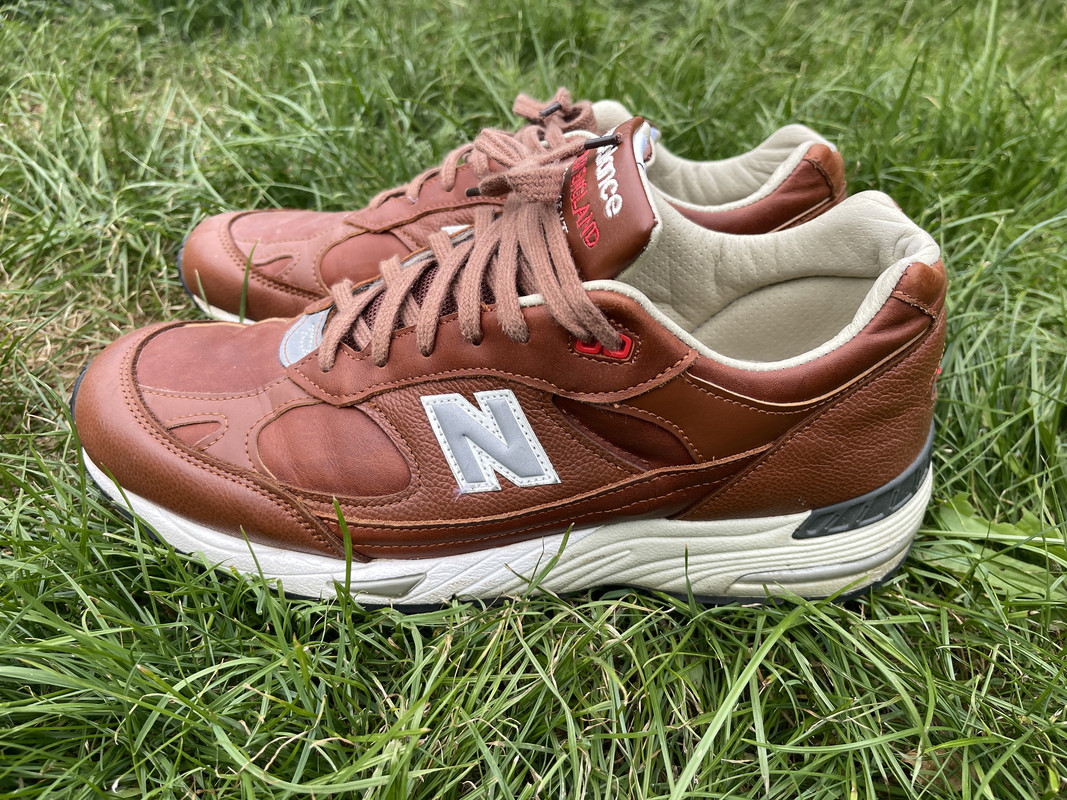 loved the 575, especially the trail edition which had the heavier duty sole and nose guard. They also largely flew under the radar so easy to scoop in the sale. CT used to have a webshop didn't they? Remember nabbing some lovely yellow and grey 575 trails from them back in the day, pretty sure I still have them in storage
generic_guy

I had a pair of 575s in sand suede bit like Timberland.
Unfortunate thing is that the sole doesn't crumble but does go rock hard for some reason, 575s still look perfect but can't really wear 'em sadly.

I bought my first pair of Adidas Originals the other day and the quality of those is top notch for the price.

White boks for the summer. My buddy worked on these so pretty cool to be able to wear a homies product
NigelBenn

Ones on the left look solid hab. What did your buddy do?
RickRude 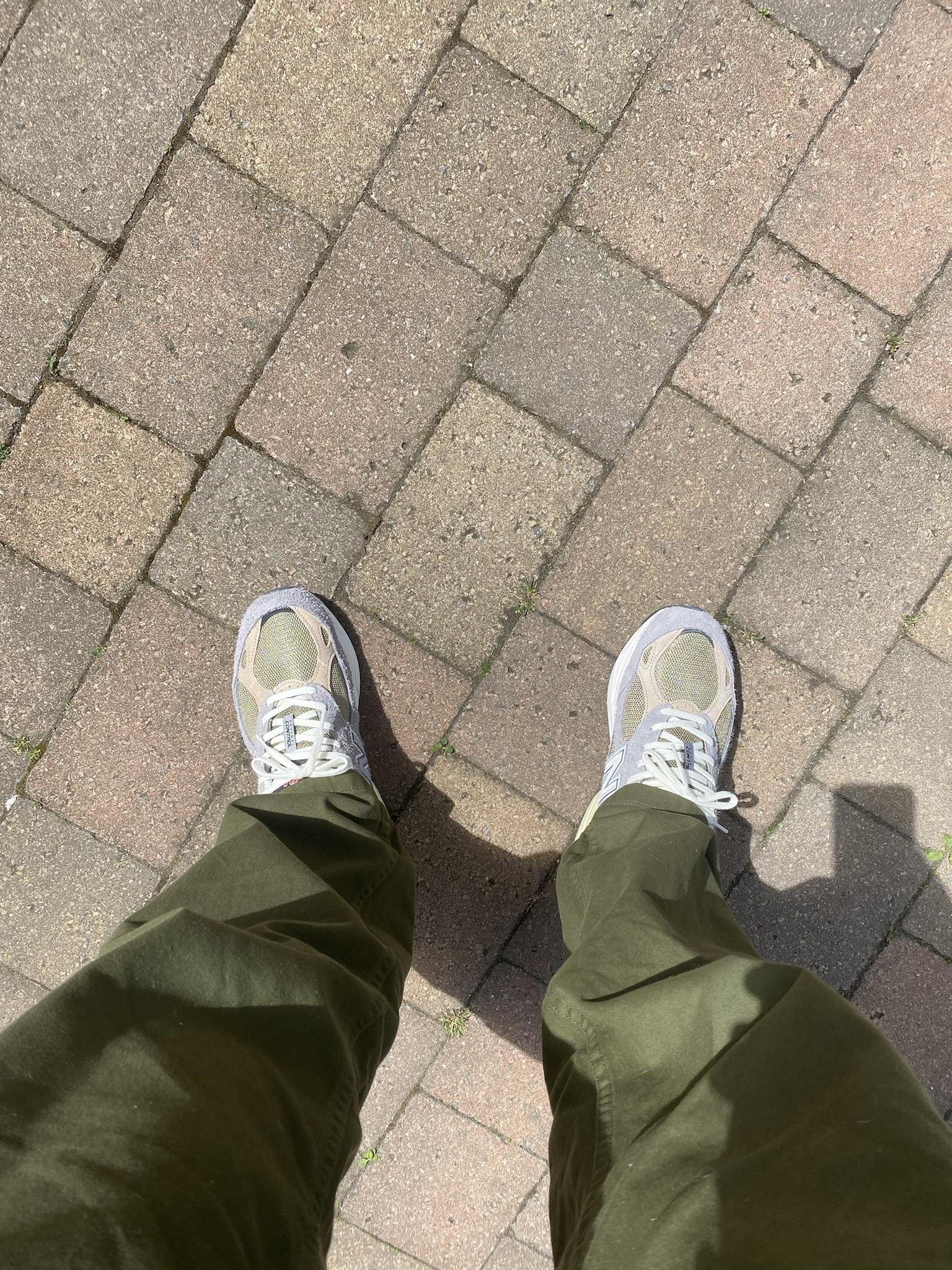 anyone get the off whites AF1 mids? theyre wild as fuck
Kadafi39

The spikes real? Not sure how you'd wear them anywhere but on grass if so.
habitual

Ones on the left look solid hab. What did your buddy do?
He was the product manager. Anto clocked the ID, their a club c with toe box and mid panels replaced with nylon to make them more breathable for summer. Ones on the right are a bring-back from the archive, originally called the Newport but name change to club c grounds (legal reasons)