White gold is a mix of gold + other shite metals. How could it be the same price as an ounce of pure gold?
As russ said you can't make jewellery out of pure gold, its too soft. Watches are usually 18k. So both white and yellow would be roughly the same price.

Its £54k rrp
It's so obvious I don't know why he even mentioned it.
You can't actually tell from the pic whether the whole case and bracelet is platinum, was just being lazy and asking for more details. 54 grand though

Thanks.
What style of watch? Seiko, Citizen and Pulsar are good places to start. Orient, Seagull and perhaps used Hamilton or Glycine are also worth a look.
Kadafi39

Thats so decent for the money, got the one with a blue dial as a beater and its kept time perfectly and served me well.
Birdman

Thanks.
One of these and stick it on a NATO strap http://www.yorkshirewatches.co.uk/seiko-automatic-200mt-pro-divers-with-rubber-strap-skx007k1-245-p.asp

Or a Uniform Wares if you fancy something a bit dressier.
Mike Hunt

Deffo prefer the batman to the sub now. 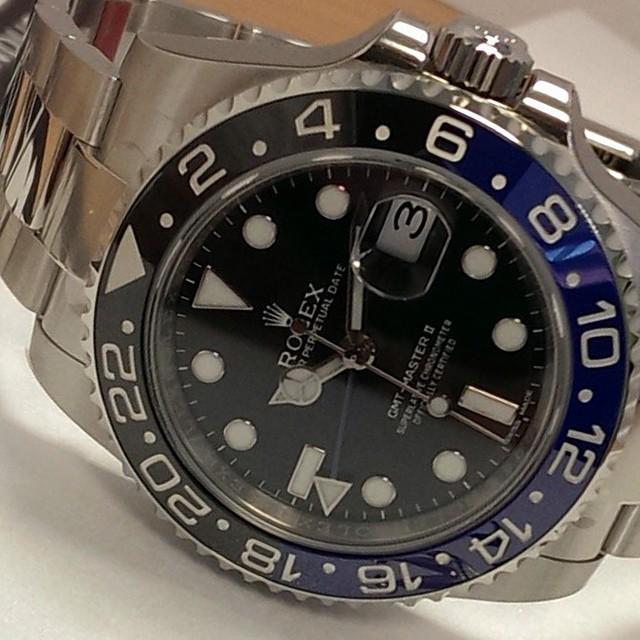 Thanks.
If you want automatic then Orient or Seiko has to be the best bet for under £200

The Seiko SKX007 above is a classic diver. I personally have the SNZH57 which is nice too

You can't beat the Orient Mako as another original auto diver, they also make a nice auto pilot called the Flight which will come under £200 easy
Mr.X.

I really like that Rolex and with that strap not one of those silly rubber/leather/fabric/nato.
themistake

I was on a flight the other day and this fat chinese kid sat next to me, he had a personalised LV luggage, bape t shirt, g-star jeans and some shitty adidas collab trainers.
He sat the whole time shaking his legs and wriggling in his seat, impatient and restless, seeking anything to entertain him, and then after 3 or 4 minutes discarding that entertainment for the next gadget/book/app. Basically being the more annoying than any child ive ever sat next to on a flight.

As he got off I noticed he was wearing a GMT, The two suited each other perfectly.
generic_guy

Thanks.
One of these and stick it on a NATO strap http://www.yorkshirewatches.co.uk/seiko-automatic-200mt-pro-divers-with-rubber-strap-skx007k1-245-p.asp

Or a Uniform Wares if you fancy something a bit dressier.
This site is a bit cheaper, free shipping and apparently they mark down:
http://www.creationwatches.com/products/seiko-divers-60/seiko-automatic-divers-skx007j1-skx007j-skx007-200m-made-in-japan-watch-837.html

This one is decent for £145, they do a Pepsi dial version too: looks great on the wrist

Beautiful. Any word on pricing?
Seventyfour

Not much less than a Sub which is a shame imo, I couldn't spend that Kind of money and not buy the Sub, alright if you already have a few I suppose
Kadafi39

Doubt it will hold its value like a sub though? Might be good for a 2nd hand buy.
hakkajai

Tried this on at the airport yesterday, pretty impressed!

Also tried a explorer 2 in white, which is a new contender although I think I'd prefer black .
Master