Both royal oaks i had were plagued with problems, wouldn't buy another one, possibly the jumbo blue dial, but the 41mm looks all wrong to me.
jeg

APROO wrote: Both royal oaks i had were plagued with problems, wouldn't buy another one, possibly the jumbo blue dial, but the 41mm looks all wrong to me.
Friend of mine has an AP and it has been back in to Wempe a few times in 2 years - whilst my ExplorerII Ralgex(sic) keeps on ticking for over 10 years without a glitch.

That Nautilus is stunning - £20k though?
DuffMan

Not sure why people are suggesting a Royal Oak anyway, it's a very different watch stylistically and quite a marmite one at that (I fucking hate it).
wembly

Anyone else here with a old Swiss movement that could tell me if you are supposed to pay out of your ass on maintenance?

My early 50's jaeger was serviced two years ago for like 350e, that was after sitting unused in a cupboard for like 30 years. It's running a little rough again nowadays. Feel a little resistance when I have to set the time manually, and it barely keeps ticking throughout the night. If I sleep in it doesn't make it.

did you get it serviced by the brand or independent? brand normally offer 24months gtee after a service and if done by independent probably didnt change the movement parts? i.e. not being able to keep running sounds like the mainspring need replacing and a brand service gtee would def cover that.
sodomgomorra

By the brand. Just finished rummaging around and found the invoice, was in fact closer to three and a half years than two.

worth taking back and kick up a fuss, confident you'll get smth from it
sodomgomorra

That i'll do. Cheers mate.
Sneakysbest

Had a similar situation with my 50s omega, had it serviced by them in 2011 for little over 400, movement started sounding horrendous so sent it back earlier this year, they tried to ask for another 300 or so. I kicked up a fuss and eventually got it done for around 80 iirc. So it is worthwhile making a bit of a scene, just don't what I did and send it and then try, as probably could have got it done free but they already had the watch .
THE GUV'NOR

) version (hence smooth bezel and Oyster instead of jubilee) the silver / champagne face looks nicer than the black. The grey version is too rare / expensive. 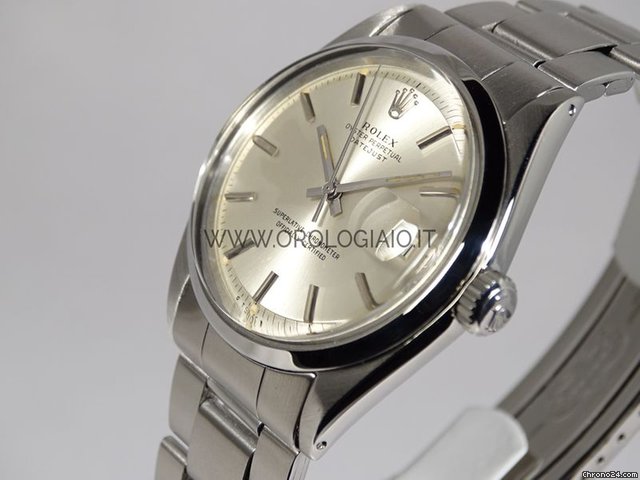 Haven't seen one of those before, must be quite rare? Looks good without the cyclops
wembly

Superprecise wrote: Maybe it's an unpopular opinion but I really don't think the current iteration of the Daytona is up to much, with or without the ceramic bezel. Patek Nautilus?

Looks like a Sekonda jobby out of Argos. Just saying.
MLI

Wow is Patek Philippe $$$ right? That's what one looks like? hahahaha
Crackajack

Went with this in the end: 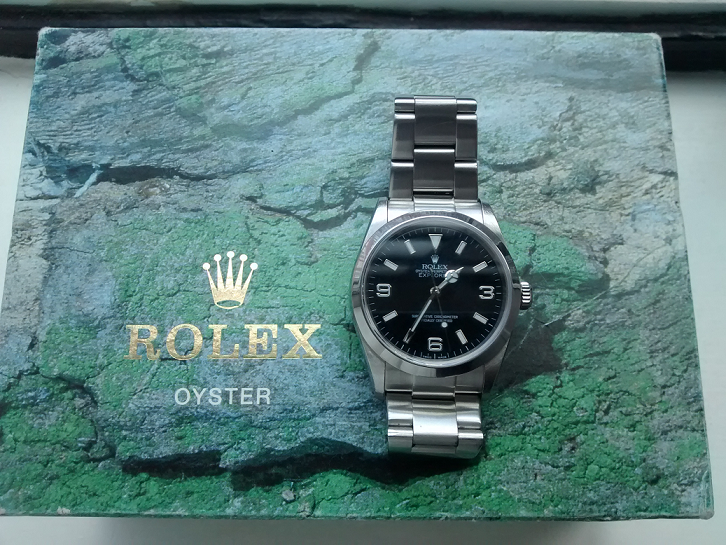 Wanted a 36mm without the engraved 'ROLEXROLEXROLEX' rehaut, in the end decided the DateJust wasn't low-key enough for me as the cyclops is so iconic as a Rolex design.
Dee