Trent wrote: I bought a Parnis a few years back. Was in the bin in 2 months.

Get a Seiko SKJ007 and a few straps. Very versatile. I have one with an interchangeable arabic / english day date. Always gets comments.

However, I always suggest to friends getting into watches that a vintage Tag Heuer (or better still Heuer branded but these sometimes come at a premium now) diver i.e. Heuer 1000 will run you less than 400quid. They're quite accessible since Leo DiCaprio wore one on The Wolf of Wall Street.

Watch forums mainly. I have a Spirotechnique that cost about 900quid but they are harder to get your hands on. Watch only, of course.

Interesting Tudor watches you should check out https://www.revolution.watch/tudor-on-record/

Anyone got or looked into getting a Breitling Superocean Heritage?? Just got it & know it won't get much love but I love it.

The Tudor is nice, looks good on the wrist too, do you mind saying how much you payed for it?

good looking watch! prefer the rose logo on the heritage black bay for sure but this one is

Glad you like it but I just can't get on board with Tudor.

But you're into that Madonna crap?
Hahaha

Beckham could send the brand one of two ways.
Seeming as he's now associated with H&M, it seems an odd choice for Tudor.

Beckham stopped working with h&m a year ago, Tudor makes sense for both of them I think

themistake wrote: Beckham could send the brand one of two ways.
Seeming as he's now associated with H&M, it seems an odd choice for Tudor.
I almost didn't buy a Tudor because of Beckham. I associate Beckham with cheap aftershave.

MoB wrote: Beckham stopped working with h&m a year ago, Tudor makes sense for both of them I think
I didn't say he still works for them, he's forever associated with them. Like giggs and quarn and Southgate with ballboy boots.

Someone should buy my Bulova Moonwatch - great watch at a great price!

Anyone put me onto decent pre owned Rolex retailers
Cheers

new nato and inlay for the 1675 but with wrong date 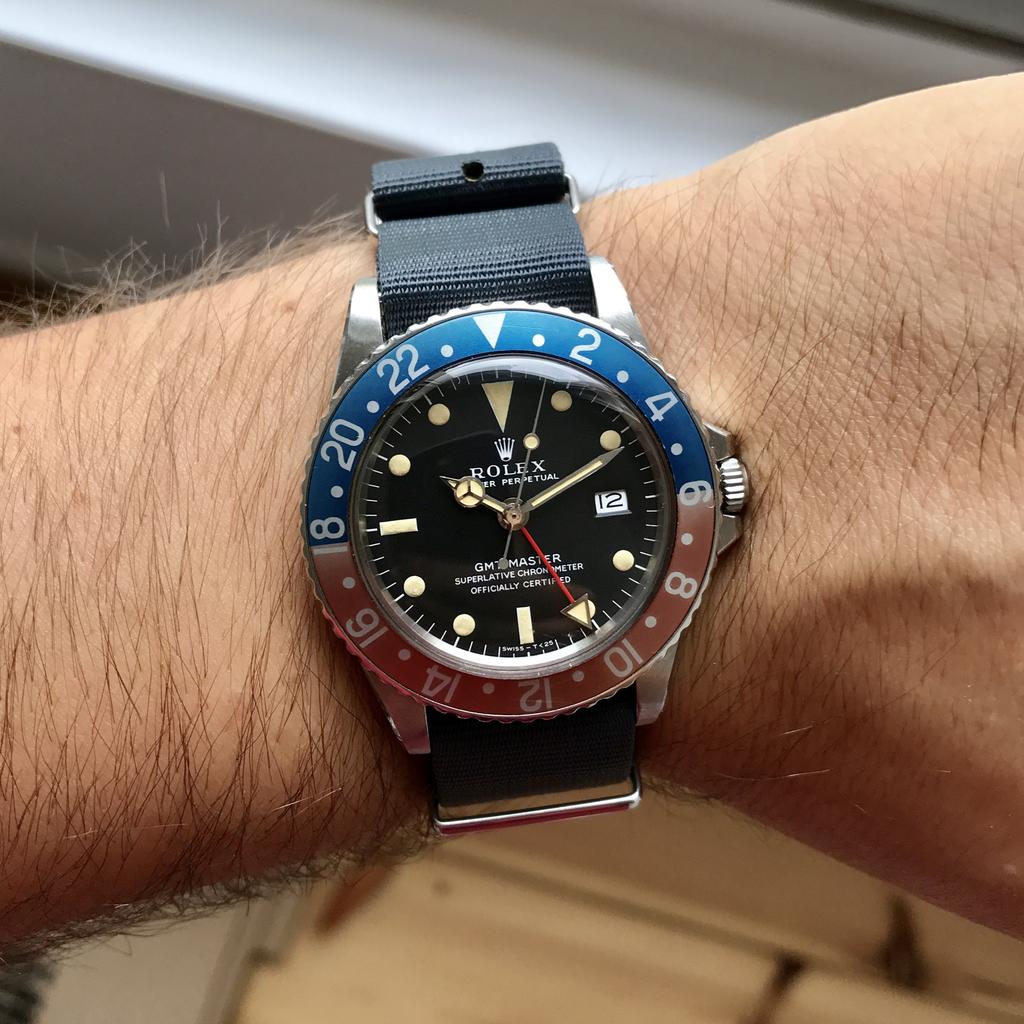