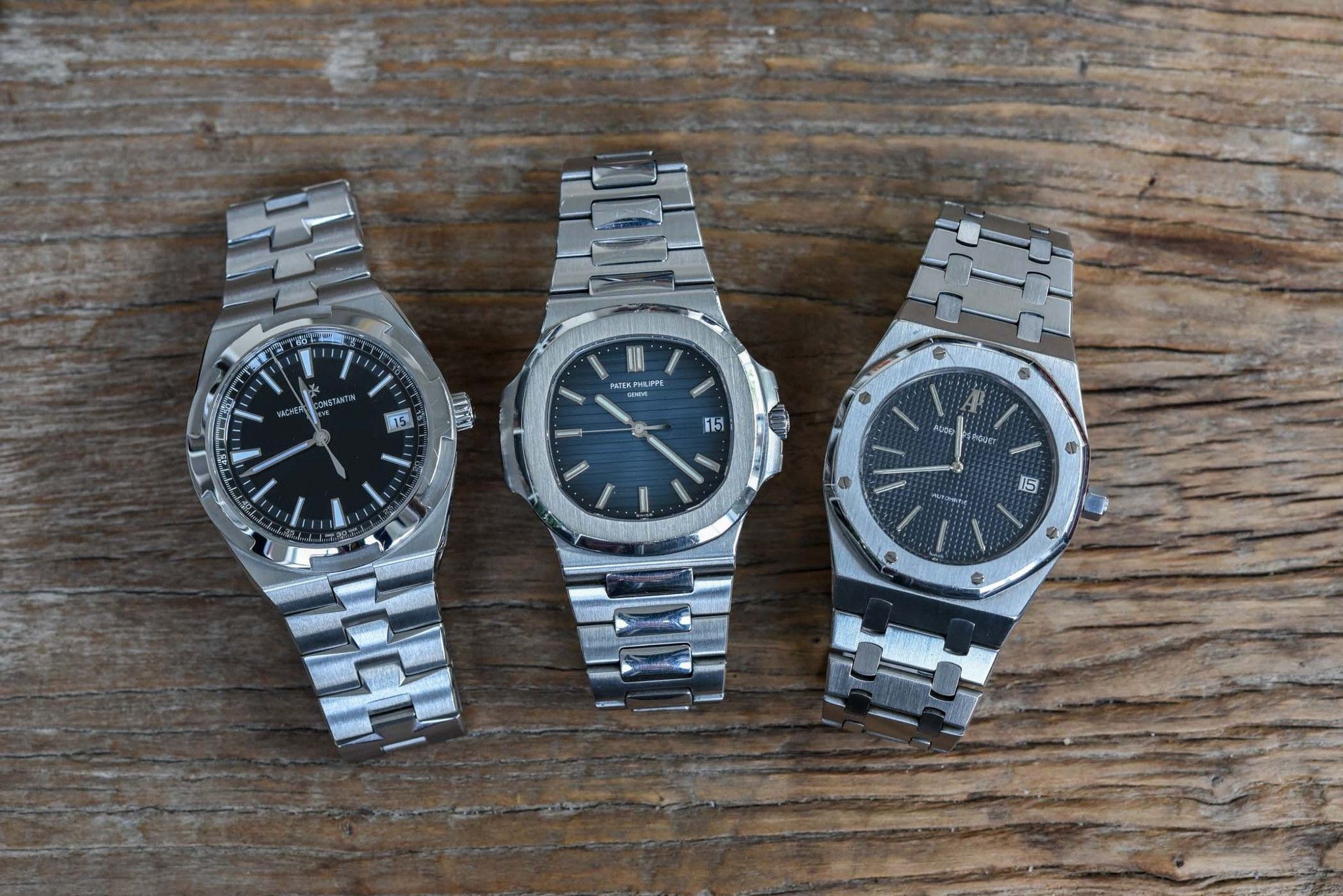 That Nautilus in the middle is probably the perfect watch, flawless. 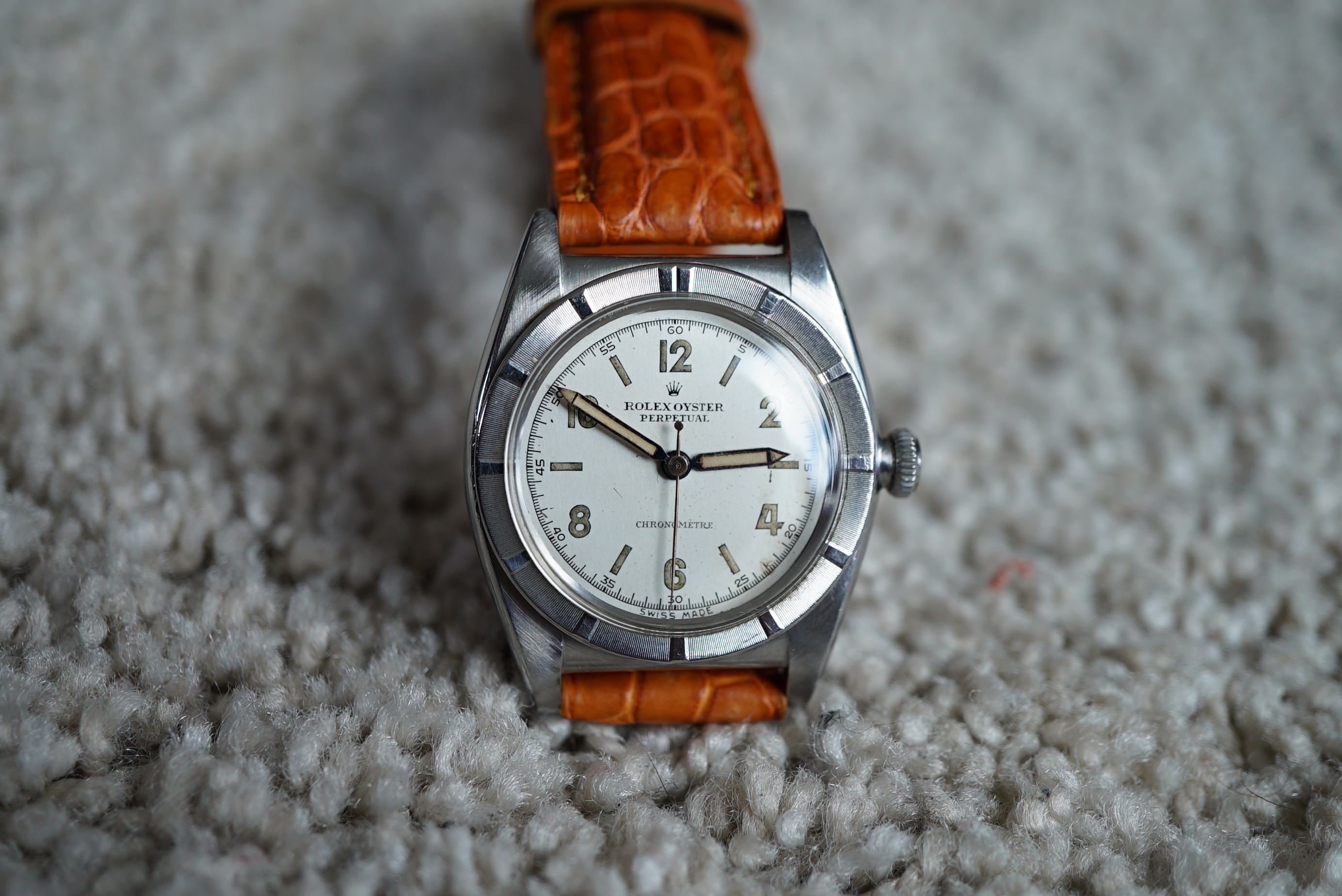 (Old pic of the watch from 2 dealers ago

Love the round crown.

Love the older Rolexes, wish I could rock those sizes, looks

That Nautilus in the middle is probably the perfect watch, flawless.
Yeah unfortunately the market agrees with you.

That Rolex looks great - got a wrist shot?

From the dealer, should arrive to me next week some time. 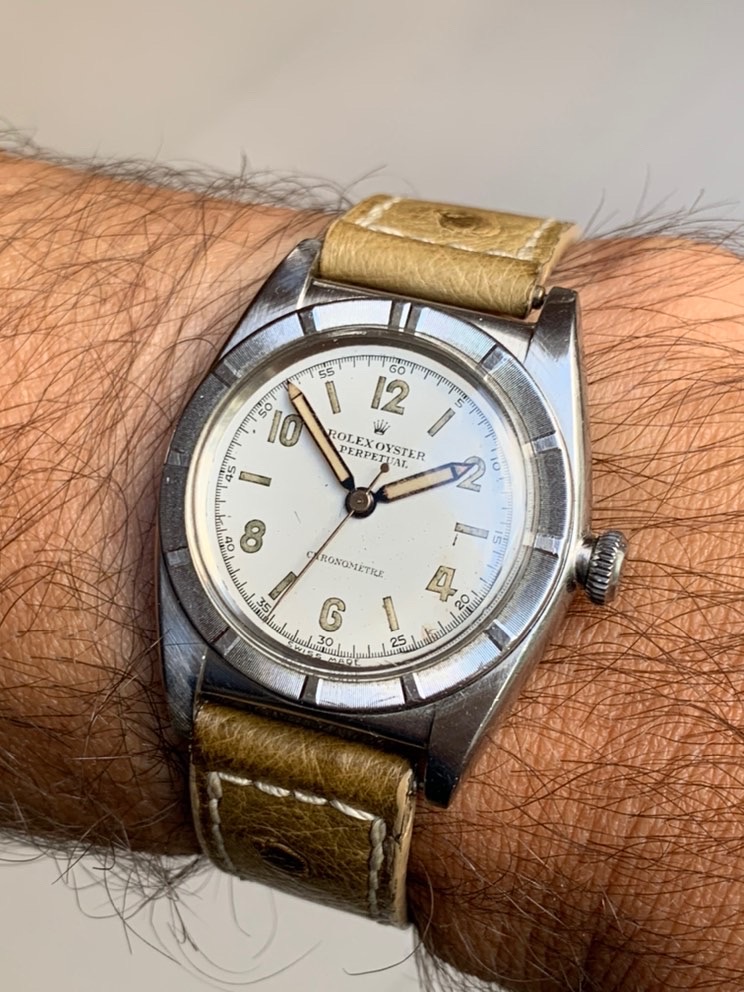 nice pick up!
I do like a bubble, including a Tender watch that someone on here posted a little while ago.

So I eventually got the last Black Bay Dark that Ernest Jones had in stock ordered to Stratford City. Whilst I was waiting I looked at all the reviews, read the forums and was fairly certain that was what I wanted.

When I got to the store and tried it on I knew straight away that it wouldn't work as it looked too small. Maybe after wearing a Garmin Fenix 6X every day any other watch will look small but I was expecting a diver to have more presence.

black bays are huge. You must be looking for some sort of novelty size watch

6X is a proper lump on the wrist tbf

I couldn't get a normal Black Bay as it looked massive on me.

That Nautilus in the middle is probably the perfect watch, flawless.
What makes it such a good watch?

That Nautilus in the middle is probably the perfect watch, flawless.
What makes it such a good watch?
I guess its hard to quantify unless you actually like watches. Its like someone saying what makes a rolls royce such a great car, a nissan will get you from a to b too.

But in short, heritage - patek are a holy trinity watch maker. The 3 watches there pioneered the segment of stainless sports watches which were also versatile enough to wear with a suit.
The finishing is incredible the movement is extremely precise and an inhouse movement, developed and made by patek themselves.

Theres also a huge waiting list 12 years+ which means prices on the grey market are 200-300% over retail.

It is a lovely design foremost, and the epitome of elegant understatement. The Bulgari Octo, also designed by Genta, is strangely quite appealing on a steel bracelent, albeit that brand doesn't have anything like the lineage or quality of finishing of the likes of Patek and Vacheron

the titanium version is superb!

Kadafi39 wrote: I guess its hard to quantify unless you actually like watches. Its like someone saying what makes a rolls royce such a great car, a nissan will get you from a to b too.
Not really. I mean you can take someone who knows nothing about cars, sit them inside a Rolls Royce and Nissan, and recognise the difference. Leather seats, smoothness of the ride, space, champagne flutes, you could probably name at least 100 differences. I don't think you can say the same between a Patek and a Rolex (correct me if I'm wrong here).

From what you're saying, it sounds like the brand is living off past glories and hype rather than anything current (e.g. innovation, etc)?

Again, just looking at this from a layman perspective. Compare the Patek to a Grand Seiko. Does an upgrade in movement and material justify a 1000% increase in price (assuming looks are subjective)?

By the way, realise we're talking about this on a fashion forum, where markup for a lot of gear is ridiculous based on branding. It's just that you hardly ever hear items of clothing being described as perfect or flawless in the same way you do with some watches.