It's darker in person and it's 50 % down, pretty decent for the money I'd say.

Or you could go for http://www.urbanoutfitters.com/uk/catalog/productdetail.jsp?id=5232446080017&parentid;=MENS-COATS-JACKETS-EU#/

Bails78 wrote: Anyone got any recommendations for a parka in the £150 price range?
I'm looking at the alpha industries n-3b slim fit (one with the orange lining)
alchemist

Bails78 wrote: Anyone got any recommendations for a parka in the £150 price range?
Carhartt
aleksi

Anyone know if J.Crews Skiff jacket is any good? Or how thick it is?
Anto

Anyone got one of those Uniqlo collarless down liner? Any good? Or should i go for a Mont Bell one?
compulsiveshopper

Anyone got a Nanamica Cruiser Gore tex? Seems like the fit true to size? Also, what's the quality and fit like?
illwill

Anto wrote: Anyone got one of those Uniqlo collarless down liner? Any good? Or should i go for a Mont Bell one?
Really couldn't rate the Uniqlo any more highly. Almost too warm a lot of the time and packs down to nothing. The weight and collarless nature allow you to wear it under any jacket or coat without looking too bulky.

Technically, the MB might be superior but it's more expensive, the logo would bug me, and it's gonna be aggs to get from JP. Don't even bother.
MoB

i've finally managed to narrow my search down to 2 options: 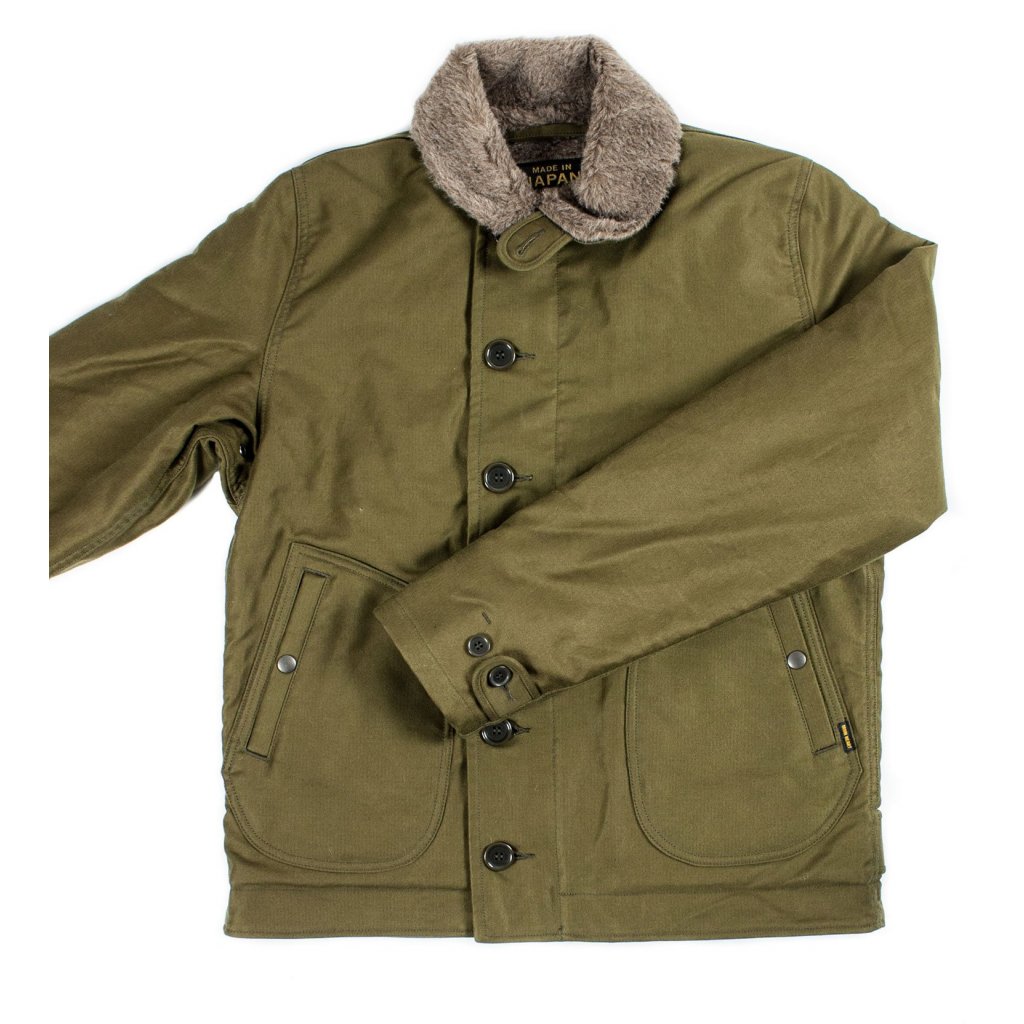 has anyone got any experience with either of these? any recommendations?
generic_guy

I'm sure the Iron Heart one will be very good quality but it's needlessly fussy, would rather get a proper one.
I've just ordered the Carhartt one (they call it Sheffield, fuck knows why), always found Carhartt decent enough quality.
If I had more money I would have ordered a Buzz Rickson from History Preservation Society through a US proxy.
Mark

my biased opinion would say mccoys, but they are two very different jackets and it ultimately depends on what you prefer.
It's worth visiting the store however as the guys are great for a chat, and I've actually put my name down for them to order a navy one in for me
Fatbob

McCoys, a much nicer jacket.
FrIEND

Anyone know what deck jackets dsm were selling downstairs last year? I tried one on and they were great - would it have been golden bear?
snaye

If its not Vis then Blue De Paname is downstairs so could be them, don't stock Golden Bear as far as I remember

Could have been a CDG Homme version, but I dont recall them doing one for while, could be wrong though
burny

Yeah. If it's was left at the stairs and by the rack of shoes, then Blue De Paname. Really big collar on them.
TIMDOT

RE: the deck jackets
They both have exactly the same functions (minus armpit 'oles and buttons on cuff for IH one). It depends whether you want the extra flare or if you wanna pay top dollar for something plain.

Edit: I prefer the IH one.
carl lewis

Shame about the collar