Cheers Jordan, i'll take a punt then. Btw i did that modelling clothes thing last night Andy linked us in

free stuff?
Yeah, thought fuck it why not.

Nice bunch of guys and i liked a lot of their new gear that i tried on, very much my style. Got given a big box of samples too take but just took a few knits and some shorts in the end as i didn't wanna take the piss and hopefully they'll use me again. All thanks to ginge

You better stick up the pics when they're out

Fairly newish, based out of Edinburgh but have shops in Shoreditch & soho. Website is kestinhare.com but stuff on the site is mostly old.

Is it the same Kestin Hare that worked for Nigel Cabourn, and then had a brand called Common People. TK Maxx have a few Common People bits on-line. Often gets reduced, and for the money is decent quality.

Aware of the brand. Some really nice stuff. Always thought this polo was a winner.

Had to try one of those in grey ^

carl lewis wrote: Isn't Ten C sold in the CP store up west.
its owned by cp and the designers design cp also if I recall correctly

Am going to iceland for a few days early next year
Any recommendations for a jacket ? Ideally don't want to spend more than £200, as I doubt I'll get much wear
Would this be enough or do I need a proper outdoor brand?
https://www.carhartt-wip.com/en/men-sale-jackets/anchorage-parka-damson-black-3142_1
And any recommendations? I don't ski or any of that shit, and know fuck all about sub zero weather survival

The weather in Iceland is incredibly variable so I'd work with layers rather than a single big coat. It can be really windy and wet so I'd go with a down jacket underneath a gore tex shell or equivalent.

Thanks, I've got a patagonia torrentshell, and some sns herning knits.
Would I be good with a down jacket, and some uniqlo heat tech thermals?

Aye, as illwill said - layers is the way to go. You can pick up cheap thermal base layers from Sports Direct / Decathlon.

That's fine if you're just expecting cold/snow like in Scandinavia but Iceland has like maritime weather where it could piss down and be very stormy. A do-it-all padded winter coat is unlikely to be water/wind proof enough.

Iceland's one of those places where you wish it was a bit colder than it actually is.

Went to Moncler Bond St saw the this baller bracket at 2.5

I have been racking my brains for weeks now finding a winter coat.

Ive had a couple of down jackets, Woolrich and Cabourn Arctic but never liked them really.

Just ordered this beast. Never had alpaca before so if I like this I may get an N1 Deck too. 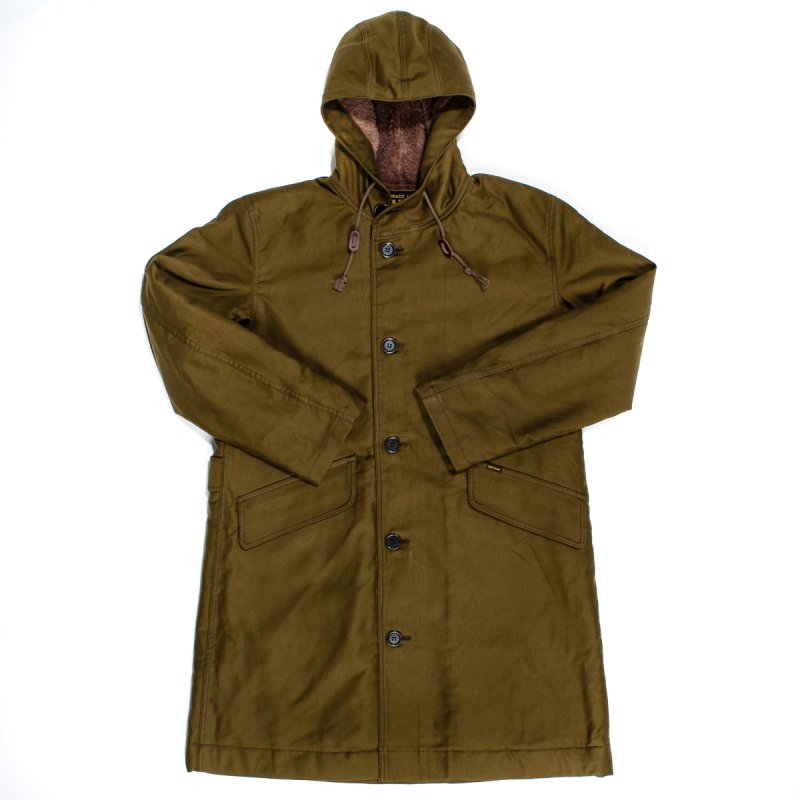