Zlatan is such a lazy fucker, seen him for Inter under Jose a couple of years back, best player on the pitch who couldnt be arsed to run for fuckall. He rarely lives up to expectations but maybe now he is at the back end of his career he might get fit and work hard. World class but never puts leaves it on the field. Plus you can't compare him to Messi or even Maradonna, Pele or the alltime best in the world, whoever, they are always gonna be next level.
Mr X

Not everyone in England is only prem crazy, many will have known about how good Pirlo was from serie a via terrestrial tv, the Euros and the World Cup. Same with Ibrahimovic.

FLG wrote: Love how (english) people don't recognize how good a player is until he destroys engurland. Pirlo was 33 before the media took notice of him and all because he dinked a pen

Predictions for tonight? First time in ages I'm actually looking forward to an international match outside of a tournament
hate 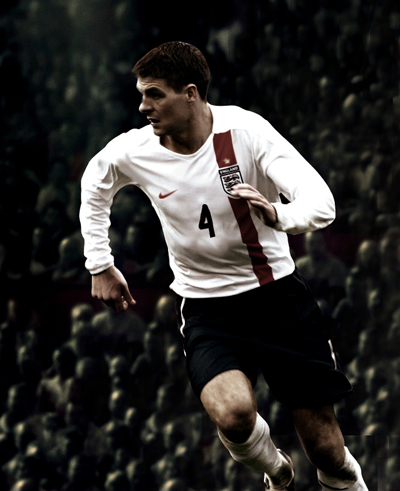 Just looks like one from a few years ago

i think england might have a chance if they play like last year cl chelsea vs barcelona….
brazil will be just to fast for your defense
snaye

Razorlight123 wrote: Hopefully that's just a fake - too USA
i like it. it's smart
themistake

It's weird Nike being a secondary sponsor and their main sponsor is still umbro.
When do Nike take full control?

And that shirt has no lifestyle appeal, something umbro has developed the England kits into the past 4 years.
I doubt Nike would take no notice of umbro and dip back into performance.

^i agree partly. it will look nicer than umbro on the pitch i suppose, but something feels wrong about twenty blokes in nike england shirts at the pub. umbro always understood english footballing culture
themistake

cha wrote: ^i agree partly. it will look nicer than umbro on the pitch i suppose, but something feels wrong about twenty blokes in nike england shirts at the pub. umbro always understood english footballing culture

Yeah man totally, they always kept with the culture, never moved away from the home/away colours.
I also liked the time they launched their shirt in New York.
And they introduced the first £50 football shirt, keeping with the working class traditions.
Oh, and that time they decided to devalue the national anthem by using that time as a "kit reveal"
And who can forget the advertising campaign where they used an alcoholic drug abusing wife beater?
cha

themistake wrote: And who can forget the advertising campaign where they used an alcoholic drug abusing wife beater?
Baobinga

England win and are suddenly world beaters again, hyped up in the media for 2014, get knocked out in quarters.
sabah

Ronaldinho's in the Brazil team